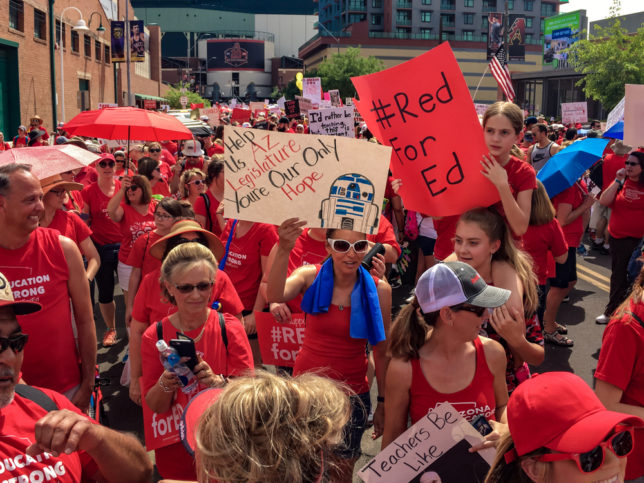 Red For Ed (Red4Ed) is an activist organization on a mission to route more money and resources to public schools to benefit students. The organization was formed in 2012 when a chapter in North Carolina was established. Red For Ed earned its reputation as an activist organization in 2018 when the group rallied thousands of school teachers to go on strike, “leaving their students for days or weeks in order to demand pay raises and ban charter schools.” The strikes forced schools to close in many states, including Arizona, California, Colorado, Kentucky, Oklahoma, Oregon, North Carolina, Virginia, Washington, and West Virginia. Red For Ed now has several chapters and millions of supporters.

If the teachers truly cared as much for the students as they claim, one would think they could have found a way to make their voices heard without blocking students from attending school. The Red For Ed organization seems more focused on increasing government funding to schools to allow for increased wages than putting that money toward programs that will improve student learning outcomes.

Despite not having an official website or social media page, the Red For Ed organization managed to attract millions of supporters to their strikes because of its partnership with the Action Network, an online tool that “empowers individuals and groups to organize for progressive causes.” The Action Network published the Red For Ed school reform demands, promoted Red For Ed strikes, and helped register protesters for events. Other clients of the Action Network include Black Lives Matter Global Network, the Women’s March, the Democratic Party, the Communist Party USA, and the Democratic Socialists of America.

Who’s Behind Red For Ed?

The Red For Ed organization received much of its support from the National Education Association (NEA), a labor union that represents three million “educators and allies [who are] advancing justice and excellence in public education.” Red For Ed is a project of the NEA that they use as an “activist arm” for the union. Red For Ed may have been modeled like a grassroots organization to allow the NEA the ability to advance its political and education policy goals undetected. The absence of a national Red For Ed website could be a strategic move to prevent the organization from being connected to the NEA and to further cement Red For Ed’s organic grassroots image. Notably, the NEA filed to trademark “Red For Ed” and its iconography in July 2018, just a few months after the first Red For Ed strikes. The trademark was approved in 2020.

The connection between the NEA and Red For Ed could be cause for concern because of the union’s past political actions and because of the union’s sweeping influence over the nation’s public school curriculum. The union claims they use their NEA Fund for Children and Public Education PAC to elect politicians who support public education “regardless of political party.” The union, a frequent megadonor that supports liberal policies, reportedly gave “27 million to primarily liberal candidates and progressive organizations during the 2016 election.” At the NEA Representative Assembly in 2019, the union voted to add white fragility, Black Lives Matter, climate change, and LGBTQ+ ideology to the official NEA curriculum that it peddles to members, teachers, and public schools. Ironically, the assembly rejected an action item that recommended the NEA prioritize student learning.

Four years later, the accomplishments of the Red For Ed strikes continue to remain unclear. Some strikes were more successful than others with some teachers winning significant pay raises while others continued to strike into 2020. The pay raises across the country averaged about 3.2 percent, a 1 percentage point increase from prior years’ salary increases. Some Red For Ed protesters did not get everything that they wanted and are hoping to see “more lasting changes in the future.” Many teachers are “still frustrated and . . . won’t rule out a repeat of the Red 4 Ed demonstrations.” One of the most significant effects of the Red For Ed strikes was that parents and voters, realized the power teachers’ unions possess to influence education policy and politics. Given the chance, who knows what education policy teachers’ unions will abuse next to further their political motives. 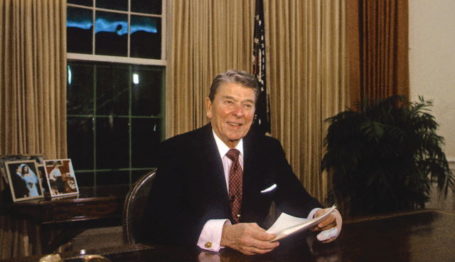