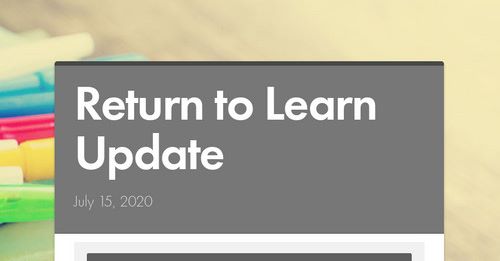 On Tuesday, the school board for Washington County Public Schools (WCPS) in Washington County, Maryland, voted unanimously (7-0) to continue “distance learning” into the new school year. The decision has prompted an understandably intense response from the community—more than 1,000 comments were posted on the school district’s Facebook page within three hours of the decision.

Adding to the controversy are the circumstances leading up to the board’s decision. The board meeting’s agenda originally did not disclose that the board would consider an online-only teaching plan, much less vote on it. And the board made the decision on the last day parents and guardians were asked to respond to an online survey that touched on these issues, creating the appearance of a bait and switch that looks bad even in the most favorable light.

The effects of the board’s decision are rippling through the county with some parents scrambling to find slots in private schools, single parents wondering how to juggle their jobs with educating the children at home, and WCPS teachers with children trying to navigate teaching from their classrooms while their children are distance learning from home.

On July 5, the school district sent out an online parent/guardian survey to gather information from students’ parents and guardians about their concerns and preferences relating to their children returning to school in the new school year. They were asked to respond by July 14.

On July 9, the school board posted the agenda for its regularly scheduled business meeting on July 14. The posted agenda did not include any item to discuss or decide on distance learning for the coming school year.

On July 14, the board convened the business meeting via video conference and approved an amended agenda that included an item “Discussion and Determination of Instructional Model for the Return to School Beginning on August 31, 2020.” When the agenda was amended is unclear.

The last-minute, unpublicized change to the agenda does not appear to violate the letter of Maryland’s Open Meetings Act. Whether it violated the intent or spirit of the law is a different question.

Given that that the parent/guardian survey remained open after the board meeting ended, the board clearly did not review all the returned surveys. Since the survey included open-ended questions, board members would have had difficulty reviewing even a significant sampling of the responses before the meeting. Apparently, either the timing of survey was a bureaucratic blunder—entirely believable—or an inept attempt to give parents the impression that the school board was listening to their concerns.

The late addition of an agenda item of critical importance to student parents and the entire community suggests deliberate intent to ram the decision through before anyone outside the public school system (especially parents) could object. Notably, in the board meeting, no board member questioned this rush to a decision or the exclusion of real public debate before the decision.

Who Influenced the Decision?

Given that student parents and the general public were effectively excluded from the debate on whether and how to reopen schools in the fall, the obvious question is who was consulted or influenced the decision.

Seemingly prepared responses from the school district superintendent suggest that he was given advanced warning of the new agenda item. (Of course, he could also be a skilled extemporaneous speaker.) His involvement was certainly appropriate, but it also indicates that the board was moving toward this decision for some time.

There is little doubt the local teachers association made its voice heard. In past elections, the Washington County Teachers Association (WCTA) has endorsed four of the seven voting board members and almost certainly conveyed its position to at least these board members.

It is almost certainly not a coincidence that the board made a decision in line with what teachers unions across the country are demanding, albeit some have issued their demands with noticeably less dexterity, as my CRC colleague has noted about Fairfax Educational Association (Virginia) and United Teachers of Los Angeles. Even with the accumulation of “coincidences,” the board’s decision most likely reflects a simple correlation of beliefs between board members and the teachers union. And unions are notoriously effective at arguing and advancing their positions, particularly when opposing voices are not fully heard.

Some Issues to Consider

The school board’s discussion rightly demonstrated serious deliberation about the needs of students and teachers, but the board’s public discussion suggested they had not sufficiently considered the many needs and issues outside the school-system bubble. Here are just three of many possible considerations:

Listening to the recording of the school board meeting led this author to modify his thinking on the topic after board members raised issues he had not considered. Similarly, the board members might learn from hearing more parents, teachers, and businessmen argue points that the eight board members (including the student member) may not have heard, much less considered.

Citizens and school boards across the country would do well to take note.

Disclosure: The author is a product of a good public school system, lives in Washington County, and had one child attending a WCPS school during the 2019–2020 school year.