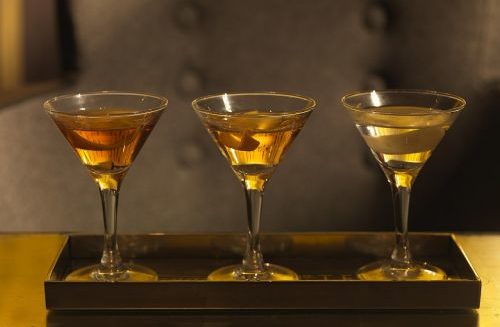 Since January 15, 2022, the nation’s capital has required patrons of bars, restaurants, and similar indoor entertainment establishments to show their papers—a vaccination card and photo identification—in order to enter, despite a universal mask mandate regardless of vaccination. Notably, photo identification is not required to vote in the Federal District.

Conservative institutions have been among the loudest critics of this and edicts in politically similar cities like New York and Los Angeles. Many of these institutions, including the Capital Research Center, are headquartered by necessity in the cobalt-blue jurisdictions that form the centers of political, economic, and cultural power in the United States.

We are, completely understandably, ignored by our local officials. We command no voting blocs. Indeed, federal tax law prohibits many of our institutions (including CRC) from electioneering. We do not represent our mayors’ and councilors’ constituents, who are largely ideological liberals or default party-line-voting Democrats. Heck, the more “Continuity #Resistance” among the Democratic primary voters of DC, New York, and Los Angeles probably see our objections as an endorsement.

What Is to Be Done?

That leaves the question of what is to be done. Moving people and institutions, at least at this stage, may not be possible and may be a disproportionate response to these violations of freedom, which are supposed to end and may be ultimately overridden by superior governments’ actions. Family members of staff may be bound to the metropolitan area by work commitments.

And what message would it send for the Right to completely abandon the jurisdictions that form the centers of political, economic, and cultural power in the United States? Even the most fanatical booster of Miami as a new hub for culture and economic productivity must admit its status has not yet matured, and the past decades of conservative abandonment of the universities and culture suggests this strategy would be self-destructive.

So if we are to continue to exist in these places, we must follow a course of action. Inaction—to kneel before what we rightly assert to be oppression—would give the lie to our beliefs. If we are to do nothing, we ought to close the institutional conservative movement, admit our critics were right, and hope for our mess of pottage from Pierre Omidyar or some other liberal looking to hire rent-a-conservatives.

That leaves three courses of action. The first, and the boldest, would be open civil disobedience: open defiance of local officials forcing them to either capitulate or demonstrate the violence inherent in their system. This would be bold indeed, but instantly paints a target on a “victim” that lacks the sympathetic profile of a child warehoused by a power-mad principal in a gym for Zoom school or a small business owner already struggling to survive in a most inhospitable jurisdiction. I doubt such a strategy would be prudent.

The second, and the quietest, is what Glenn Reynolds called “Irish democracy”: ignoring the diktats in private. This has the benefit of allowing relatively normal operations and has its place. But Irish democracy does not bring public attention to the injustice of these diktats at any level. Our supporters beyond the borders of Blue America may have no idea any of this is occurring, and people in our cobalt-blue jurisdictions who might need motivation to prod their representatives to end this won’t be motivated.

Thus, I propose a third course of action. Where practicable, conservative institutions, Republican Party entities, and right-leaning media groups should refuse to hold events subject to the “papers please” edicts and move them to jurisdictions that do not have them. It may be a time commitment to hold a gala dinner in Connecticut instead of New York or a panel discussion in Arlington rather than DC, but if we believe in our own rhetoric, we must not make ourselves enforcers of what we believe to be tyranny and should take at least some public stand.

I believe that this third course provides a manageable approach to public opposition. It financially rewards jurisdictions that do not impose overburdensome mandates. Its imposition on normal operations and staff family lives is negligible. And it does not require the total abandonment of the cities that for good or ill define American politics and culture.

If tyranny is to come into the United States, let it not come through us.