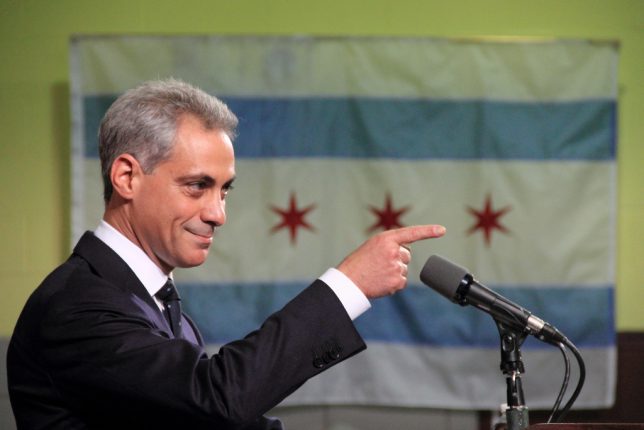 The leaders of so-called “sanctuary cities”—cities that shield illegal immigrants from Immigration and Customs Enforcement (ICE)—often praise the values of tolerance, diversity, and charity for their unwillingness to assist federal law enforcement in removing undocumented individuals who have committed crimes. But the money and power that illegal immigrants bring to those cities’ elites tells a different story.

In response to liberal enclaves such as Chicago, Illinois and Los Angeles, California that continue to thwart efforts by ICE to deport illegal immigrants who commit crimes, Attorney General Jeff Sessions recently announced that the U.S. Justice Department would withhold federal grant money from these cities. While Miami, Florida, has complied after the threat of losing funds, Chicago Mayor Rahm Emanuel responded to the notice by filing a lawsuit against the federal government. Emanuel attempted to gain the moral high ground by framing the issue as an attack on his city’s values, much as Los Angeles Mayor Eric Garcetti did recently. But there is a greater incentive than mere hospitality for Left-wing elites to protect illegal immigrants in sanctuary cities.

“From now on, the Department will only provide Byrne JAG grants to cities and states that comply with federal law… This is what the American people should be able to expect from their cities and states, and these long overdue requirements will help us take down MS-13 and other violent transnational gangs, and make our country safer.”

The threat of the loss of federal funds would seem like an incentive for cities to comply with ICE, but the Byrne JAG award which provides federal funds to law enforcement, accounts for only “three-hundredths of 1 percent” of Chicago’s budget—hardly enough to warrant the legal costs to go to court against the federal government. As John Byrne points out in the Chicago Tribune, this presents an opportunity for Emanuel to shore up support among Chicago Hispanics who view the Trump administration with skepticism, as well as bolster his own standing among big city mayors.

Emanuel is not too popular in Chicago. His disapproval ratings in May 2016 were 62 percent among Chicago residents overall, and 70 percent among the city’s black population. Many of Chicago’s minority residents view Emanuel as “the big shot’s mayor,” representing “the elites downtown” and not their interests. Furthermore, Chicago’s failing public schools, crippling violence, and occasional police brutality have not helped Emanuel with this demographic. Thus faced with his own unpopularity, Emanuel has opted to take the fight over a minor law enforcement grant to the Donald Trump administration in the hopes that it will improve his standing both with Democratic elites and his minority constituents.

Los Angeles’ coddling of illegal immigrants is nothing new. As Matthew Vadum notes in CRC’s Foundation Watch, in 2008 the Los Angeles City Council voted unanimously to force home improvement stores like Home Depot to build shelters for illegal immigrant day laborers, many of whom are working without legal authorization, in their parking lots.

So what makes the governments of the city and county of Los Angeles so generous? Do its leaders simply have bigger, kinder hearts than the rest of the country and the terrible, mean Trump administration trying to uphold the law of the land?

As Monica Showalter in American Thinker observes, it’s important to look at the financial motives:

In the state of California, of which Los Angeles is a large part, most payouts to [illegal immigrants] go first to educate them, and then to jail them after they commit crimes, and then to pay for their medical care as they clog up emergency rooms and help themselves to Medi-Cal benefits from funds they never paid into. Welfare itself rates a distant fourth.

In order to administer all those services, an army of well-paid bureaucrats feeds at the trough of federal and state taxpayers; and Los Angeles County does not pinch pennies when it pays its employees. According to the Los Angeles Times, the lion’s share of spending on illegal immigrants goes toward public education, which the U.S. Supreme Court ruled in 1982 is a constitutional right. The more illegal immigrants move to Los Angeles County, the higher the demand will be for California teachers, who are the second highest paid in the country. Their average 4.2 percent pay raise in the 2016 school year dwarfed the national average of 1.3 percent. This brought the average California teacher’s salary to $77,179 compared to the national average of $58,353.

The mayors of Chicago and Los Angeles have so far both defied attempts by the Trump administration’s Justice Department to uphold the nation’s immigration laws. According to Emanuel, “Chicago will never relinquish our status as a welcoming city.” Garcetti declared that in Los Angeles, “our values are not for sale.” But in anti-Trump, Democratic Party strongholds with large, well-paid bureaucracies serving the needs of illegal immigrants, such moral grandstanding is good for both politics and bank accounts.