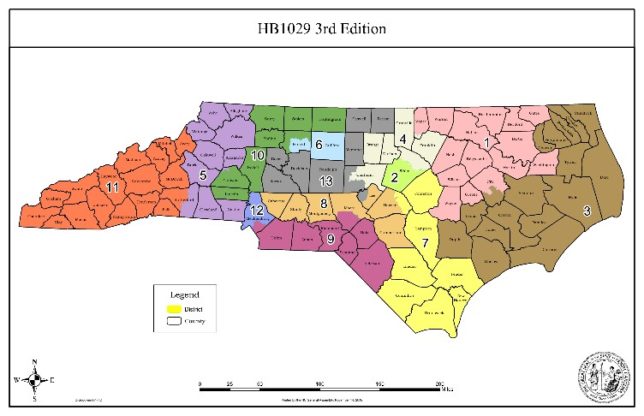 Few states are more important than North Carolina in the 2020 presidential election and the 2020 Census, both of which will shape America’s political landscape for years to come.

Once a solidly Republican stronghold, Barack Obama won the Tar Heel State in 2008 by 14,000 votes, the first Democrat to do so since Jimmy Carter in 1976. While Republicans retook the state and its 15 electoral votes in 2012 and 2016, leaders in both parties consider it up for grabs in 2020. That makes it one of the fiercest battlegrounds this year as outside groups pour tens of millions of dollars into its high-profile races for the presidency, the governorship, the state legislature, and Congress.

To the victor go the spoils—which is why Democrats and a vast network of allied political action committees (PACs) and nonprofits are working to build a Progressive infrastructure that could flip North Carolina permanently blue. The Left’s plan has three steps:

Compared with other battleground states such as Pennsylvania, North Carolina has a firm Republican majority in the state senate and house. But conservatives shouldn’t rest on their laurels. In 2018, Democrats wrestled away six seats in the state senate and nine seats in the house—reducing Republican majorities from 35 to 29 in the senate and from 74 to 65 in the house. A sweep like that in 2020 could put the GOP in the minority for the first time in over a decade.

It’s a similar plan to that of left-wing groups across the nation trying to sweep away fragile Republican majorities in state legislatures, a critical step to controlling the congressional redistricting process nationwide.

The Constitution mandates that all 435 congressional districts be reapportioned among the states based on population and redrawn as needed by state legislatures after each census, held every 10 years. According to the latest estimates, 10 states—Alabama, California, Illinois, Michigan, Minnesota, New York, Ohio, Pennsylvania, Rhode Island, and West Virginia—will likely lose a seat in the House of Representatives. Seven other states, including Texas and Florida, will each gain seats.

North Carolina will likely gain an additional seat in the House after the 2020 Census, bringing its total to 14. And because state legislative districts are also redrawn following the census, the stakes couldn’t be higher for the party in power to draw favorable maps that will be in place until the next census in 2030.

Census data about how the American population has changed over the past decade are collected by the U.S. Census Bureau through mail-in forms, online surveys, and in-person interviews. Besides determining how the 435 seats in the U.S. House of Representatives are apportioned among the states, that data also heavily influences how some $675 billion in federal funding is spent.

Getting an accurate census count is important, but the Census Bureau’s resources are limited. And there are pressing questions: The bureau counts legal non-citizens, but should it count illegal aliens as well? Counting them will give states with large populations of illegal immigrants—such as California and Florida—an unfair advantage over states with no illegal aliens when congressional seats are apportioned and subsequently drawn.

Should the main census form include a citizenship question? The Trump administration thought so and planned on including one in 2020. He had precedent on his side: A citizenship question was included in every census since the presidency of James Monroe until 2000, when it was moved to the separate American Community Survey.

Leftists cried foul, calling the intent behind reintroducing a citizenship question “racist” and claiming it was added to “rig the results to benefit ‘Republicans and Non-Hispanic Whites.’” In late 2018, liberal state attorneys general launched a salvo of lawsuits to block the question with aid from the American Civil Liberties Union (ACLU) and the National Association of Latino Elected and Appointed Officials (NALEO). After months of unsuccessful legal battles, the Trump administration abandoned the citizenship question in July 2019.

In North Carolina, that means pumping up the number of people counted in the Democratic strongholds of Charlotte, Fayetteville, Raleigh, and Greensboro, while ignoring rural areas, which typically vote Republican.

This is possible because the IRS allows 501(c)(3) nonprofits to “help” the Census Bureau gather data, something it considers a charitable (and therefore tax-exempt) act. It’s legally similar to registering people to vote: 501(c)(3) groups may engage in it so long as they don’t do so in a partisan matter (e.g., registering only voters who plan to vote Democratic or telling them how to vote).

The Left has dozens of groups that do nothing but voter registration and census counting. They even have a name for it: GOTC, or get out the count, which sounds suspiciously like the get-out-the-vote (GOTV) work normally done by politicians running for office. As far as anyone can tell, scores of leftist GOTC groups, but no conservative or Republican nonprofits, have taken the field in key battleground states. It’s a one-sided race—and Left is winning.

In the next installment of “Plans to Flip North Carolina,” learn about groups trying to skew the 2020 Census.