Planned Parenthood: the Biggest Bastion of Eugenics and White Supremacy in America 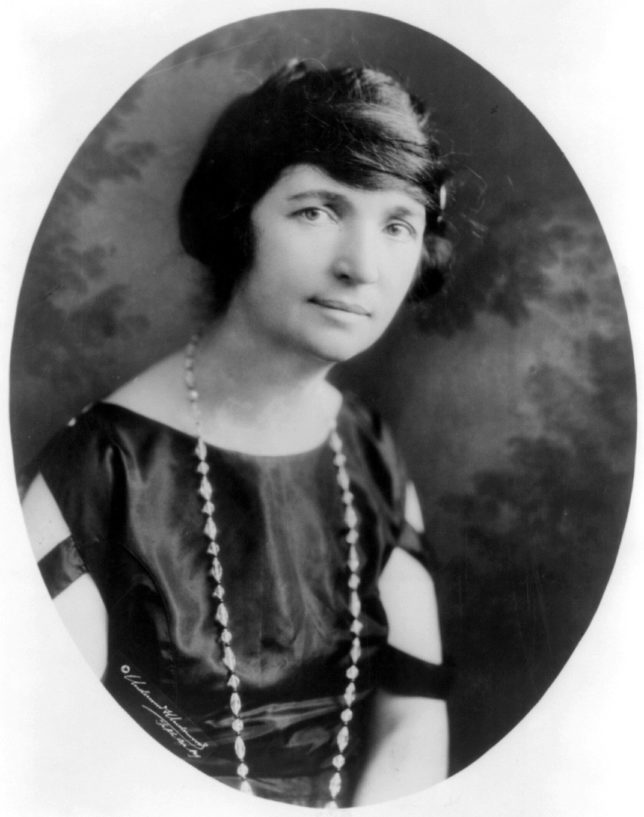 It isn’t easy being Planned Parenthood.

The abortion group is on its second executive in just eight months after sacking president Leana Wen in July for daring to suggest the group should focus more on women’s health than abortion “rights” activism. After battling with pro-abortion radicals on the board, she was shown the door.

The showdown revealed a genuine rift in the organization and a simple truth: promoting “women’s health” was always a cover for pushing far-left policies.

But then, radicalism was always central to Planned Parenthood’s mission, dating all the way back to its misty origins in the early Progressive Movement—back when the Left wasn’t shy about its desire to stop supposedly inferior people from having children.

Make no mistake: Planned Parenthood was built on population control schemes—allied with racists who wanted racial hierarchy laws to preserve “global white supremacy,” eugenicists who sought to “beautify” America by stopping the “unfit” from reproducing, and technocrats who sneered at the masses too moronic to govern themselves.

After all, population control was the linchpin of the “Birth Control” philosophy advanced by Planned Parenthood founder Margaret Sanger, a member of the Socialist Party of America. Far from a simple supporter of contraception, Sanger fused radical feminism with “scientific” socialism. She envisioned a future utopia in which Western civilization purged itself from the “unfit” and “feeble-minded,” thereby elevating the dignity of motherhood to “create a race of well born children.” She wrote in 1922 that the highest aim of Birth Control, later called “planned parenthood”—literally, controlling when women have their babies—would arrest the “threat of reckless procreation” and ensure that children are only “born of the mother’s conscious desire . . . under conditions which render possible the heritage of health.”

Sanger’s alliance with eugenicists wasn’t born of convenience, but rather a common cause. In 1921, Sanger penned an article entitled “The Eugenic Value of Birth Control Propaganda,” in which she argued that “the campaign for Birth Control is not merely of eugenic value, but is practically identical in ideal, with the final aims of Eugenics.”

To be fair, the modern Left acknowledges Sanger’s support for eugenics, the pseudoscience of “beautifying” the population by controlling who reproduces. Planned Parenthood’s brief biography of Sanger notes that she was “complex and imperfect,” recording that she “tried to forge an alliance with another American movement—eugenics.”

But the group also paints Sanger as a hero reluctantly forced to align her cause with racists. To support this claim, Planned Parenthood quotes a letter by Sanger supposedly showing how much she loathed racism and bigotry:

I admire the courage of a government that takes a stand on sterilization of the unfit and second, my admiration is subject to the interpretation of the word ‘unfit.’ If by ‘unfit’ is meant the physical or mental defects of a human being, that is an admirable gesture, but if “unfit” refers to races or religions, then that is another matter, which I frankly deplore.

The quotation is also echoed in the pages of The Nation and even a website documenting the history of eugenics, both of which defend Sanger from charges of white supremacy. But where did it originally come from?

We chased down the quotation to a letter from Sanger dated February 13, 1934, to Sydney L. Lasell Jr., a Yale University freshman who sent her a questionnaire to published in the student-run paper Yale News. In it, the student asked Sanger, “What are your views on the German program of sterilizing the unfit?” to which she offered her oft-quoted reply.

Lasell Jr. was referring to Sanger’s view of the Law for the Prevention of Hereditarily Diseased Offspring (German: Gesetz zur Verhütung erbkranken Nachwuchses) enacted in July 1933—just six months after Adolf Hitler became chancellor of Germany, making it one of the first statutes passed by the Nazi government.

The law Sanger hailed as “courageous” established Genetic Health Courts consisting of a judge and doctor who had the power to forcibly sterilize individuals suffering from a handful of hereditary diseases and “deficiencies,” including alcoholism. By 1945, over 400,000 people were forcibly sterilized by these courts.

Interestingly, none of the conditions detailed by the law included racial or religious criteria. The Holocaust hadn’t yet begun in 1934, either. So why did Sanger feel the need to distance herself from that racial and religious definition of “unfit”?

The Nazis based their law on a U.S. model drafted by Harry H. Laughlin, president of the American Eugenics Society and a supporter of forced sterilization. Sanger and Laughlin were close allies; at a 1923 Birth Control conference in Chicago, she told Laughlin that she believed “this conference is going to do much to unite the Eugenic Movement and the Birth Control movement, for after all they should be and are the right and left hand of one body.”

Yet Sanger was anything but coy about her support for forced sterilization of the “unfit” (a term she used frequently in her writings). Germany’s law sparked hot debate among eugenics groups in America and the rest of Europe, many of whom applauded Germany and demanded similar sterilization laws in their own countries.

The press release was published February 7, 1934, mere weeks before her oft-quoted letter to Lasell Jr.:

To the average normal responsible parent, birth control is a necessity—especially in the spacing of children, or in limiting the size of the family in consideration of the mother’s health and the father’s earnings. But there are hundreds of thousands, perhaps millions of individuals in this country who have not the moral responsibility to care for children, nor to realize the seriousness of irresponsible child-bearing. These people should be sterilized. They can be classed as the moron, the mental defective, feebleminded, certain forms of insanity—where the cure is doubtful or uncertain, besides those afflicted with epilepsy and other transmissible diseases [emphasis added].

Sanger and the American Birth Control League even suggested that pensions be paid to “all paupers, morons, feebleminded, mentally and morally deficient persons, who will submit to sterilization.” That was, they concluded, a much better solution than “to pass them out a dole while they increase their numbers tenfold.”

Was Margaret Sanger a white supremacist? The answer is almost certainly not—though she proudly spoke before the women of the Ku Klux Klan and wrote often on “race betterment.”

But by the modern Left’s standards—when even PB&J sandwiches are racist—she should be considered a racist of the worst degree. Consider her treatment of Australia’s Aborigines as compulsive rapists:

The lower down in the scale of human development we go the less sexual control we find. It is said that the aboriginal Australian, the lowest known species of the human family, just a step higher than the chimpanzee in brain development, has so little sexual control that police authority alone prevents him from obtaining sexual satisfaction on the streets [emphasis added].

Sanger’s caustic arrogance and paternalism are enshrined in today’s Planned Parenthood, which honors her racist legacy in its highest trophy: the Margaret Sanger Award.

However you slice it, that’s the legacy of Planned Parenthood—the most powerful bastion of eugenics and white supremacy in America.