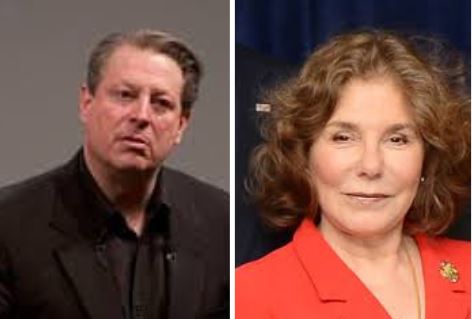 PennFuture is the group spearheading the radical Left’s campaign to push Obama-era environmental policies on Pennsylvania.

Also known as Citizens for Pennsylvania’s Future, PennFuture wants to shut down coal, oil, and natural gas production in the Keystone State, calling them “dirty fuels.” The 21-year-old advocacy group pushes for a severance tax on natural gas—that is, a tax when gas is extracted from the ground—that it wrongly claims will be “borne by the producers instead of taxpayers.”

It’s critical of oil production and transportation, too, demanding the state reduce call carbon dioxide emissions by a staggering 50 percent in the next six years. To that end, the group wants to enact a version of former President Obama’s infamous Clean Power Plan—a policy that would more accurately be called the “Expensive Power Plan” since, in Obama’s own words, it would have caused electricity rates to “necessarily skyrocket.”

That 460-page global warming plan would have spiked household energy prices by as much as 250 percent. And the effects on climate change? Supporters estimated that Obama’s plan would only reduce sea-level rise by 1/100th of an inch and lowering global temperatures by 1/50th of a degree by the end of the century.

Remember that the 2015 Clean Power Plan was supposed to be the culmination of the eco-Left’s decades-long War on Coal by forcing coal-burning plants to capture and store greenhouse gas emissions—a technology that observers say remains “commercially unworkable.” Worse, it was unconstitutional, shifting unprecedented power from state energy regulators to the EPA.

The devastating plan was finally ended in 2017 by the Trump administration. And that’s critical for Pennsylvania, the nation’s 3rd-largest coal producer and 2nd-largest coal exporter to foreign markets, according to the U.S. Energy Information Administration. Shutting down the state’s rapidly growing production of carbon-based fuels—oil, natural gas, and coal—would ravage Pennsylvania’s economy.

The group is very well-connected to the eco-Left, too; its board of directors includes prominent global warming advocate Michael Mann, and PennFuture has hosted at least one gala attended by climate alarmist Al Gore and Teresa Heinz, heiress to the Heinz family’s food fortune and wife of former Democratic presidential nominee John Kerry.

That’s not surprising when considering where PennFuture receives its funding.

Heinz Endowments, the $1.2 billion mega-foundation in Pittsburgh chaired by Teresa Heinz, has given PennFuture $15 million since 2002. Heinz—who married Republican Sen. John Heinz (PA) and inherited his family fortune after his death in a 1991 plane crash—is a global warming devotee. In 1990, she met Kerry at an Earth Day event; two years later, she was made a delegate to the Earth Summit in Rio de Janeiro, which created the United Nations Framework Convention on Climate Change that governs today’s U.N. global warming agenda.

The San Francisco-based Energy Foundation has given $2.1 million to PennFuture since 2003. The Energy Foundation is a “pass-through” group created in 1991 as a $20 million collaborative by the Pew Charitable Trusts, Rockefeller foundations, and MacArthur Foundation to move hundreds of millions of dollars to far-left political groups.

The group was involved in a 2015 scandal: reports showed that in 2013 the Energy Foundation paid $50,000 to Cylvia Hayes, fiancée to Oregon Gov. John Kitzhaber (D), for environmental policy “communications work.” (The funds are thought to have originated with eco-billionaire Tom Steyer’s TomKat Charitable Trust.) Hayes’ later failed to disclose the money on her state ethics filings and tax returns led to Kitzhaber’s resignation.

The latest reports strongly suggest that Pennsylvania’s economy will continue to boom with low unemployment and high consumer spending thanks in large part to its healthy production of oil, natural gas, and coal. The state saw real GDP growth of 2.1 percent last year, its strongest gain in four years, according to a recent Wells Fargo report. That same report attributes much of the Keystone State’s rapid expansion to its thriving natural gas industry and impressive energy exports. Can so-called “clean energy” advocates take credit for that?

Global warming policies aren’t meant to benefit the economy or help people thrive. They have one objective: raising energy prices and stifling growth in pursuit of their extremist ideology.