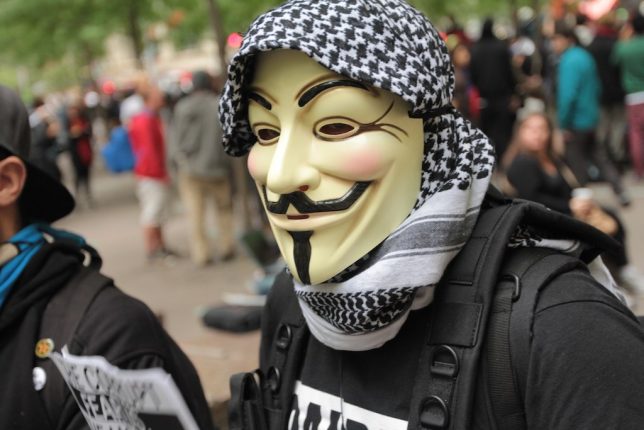 Confirmation of the upcoming event came in the form of audio recorded by Trevor Loudon on behalf of Capital Research Center’s documentary division, Dangerous Documentaries, which is partnering with Cohesion Films.

The audio was obtained as part of Capital Research Center’s upcoming documentary on left-wing protesters, “America Under Siege: Civil War 2017.” The film, directed by Judd Saul, is set for release before Inauguration Day.

The audio features a female member of the #DisruptJ20 organization, which has ties to left-wing financier George Soros, explaining the group’s plans to “do everything we can to try and stop people from being able to access the inauguration.”

The woman says on the recording that her group intends to holds a “pure dance party at Mike Pence’s house” on Wednesday, January 18, two days before Trump and Pence take their respective oaths of office.

Pence’s left-leaning neighbors in Chevy Chase have given him a frigid reception but the so-called dance party by the Marxists and anarchists of #DisruptJ20 takes leftist animosity against the former Indiana governor to a new level.

After harassing Pence, the group will focus on the pro-Trump “DeploraBall” the next day at the National Press Club.

On the recording, the woman describes the DeploraBall as the “alt-right neo-Nazi … party to celebrate Trump.”

On the morning of the Inauguration, Friday, January 20, members vow to block entrance points as well as roads and transportation leading to the swearing-in ceremony.

Friday 10 a.m. the group is planning an “anti-Capitalist, anti-fascist bloc” that “will be an unpermitted march that will be leaving from Logan Square.”

A #DisruptJ20 spokeswoman spoke to Fox News about her group’s agenda. “We’re exercising our freedom of speech and really want to set a tone for the next few years that there’s a massive body of people … who are very concerned about the dangerous direction Donald Trump is taking our country in.”

Fox News reports that one organizer said he hopes to “turn the inauguration into as big of a clusterf— as possible.”

The ANSWER (Act Now to Stop War and End Racism) Coalition has laid out its own inauguration plans, saying it hopes to galvanize tens of thousands of people at permitted locations — like Freedom Plaza and the Navy Memorial — to march and protest in a more conventional way. ANSWER is an ultraleftist organization supportive of the dictatorships in Cuba and North Korea.

This article has been updated.