Consulting for the Left: Focus on BerlinRosen 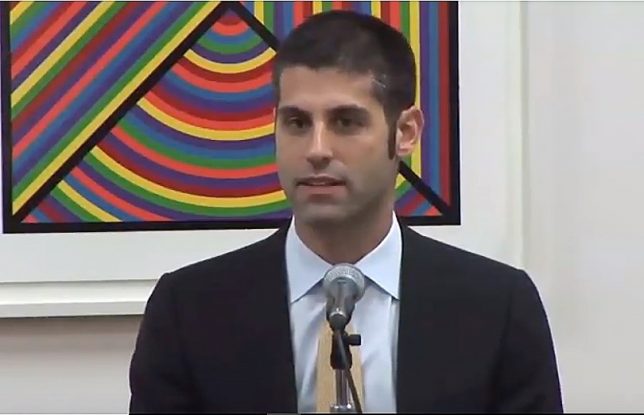 Summary: In November 2017, the easy reelection of far-left New York City Mayor Bill de Blasio (D) papered over the controversies which marked his first term, many of which surrounded his campaign communications consulting firm, BerlinRosen. The firm has shot to prominence since it worked on de Blasio’s first campaign, becoming the communications consultants of choice for left-wing nonprofit advocacy groups, New York state politicians, and labor unions. But who’s behind it?

Since de Blasio’s election, the firm has been a key player in influence scandals surrounding de Blasio’s mayoral administration. BerlinRosen and its principal Jonathan Rosen played a lead role in several controversies–among them, the Mayor’s 2014 efforts to secure a Democratic Conference majority in the New York State Senate; de Blasio’s use of his political consultants as informal advisors; and the management of the de Blasio-associated nonprofit organization Campaign for One New York.

In addition to working for de Blasio and his administration, BerlinRosen has served as a consultant for numerous labor unions, most notably for the Service Employees International Union (SEIU) for whom they ran the Fight for $15 minimum wage and fast food restaurant unionization campaign. The campaign has been criticized by both the right and the left for its top-down organization by BerlinRosen and the SEIU.

While politicians and labor unions are the clients for whom BerlinRosen has earned its greatest notoriety, the company has also worked for law firms, corporations, environmentalist groups, progressive foundations, and other left-wing nonprofits. Various executive-level staff share backgrounds in Democratic Party campaigns, labor union activism, and the liberal nonprofit world. Since the company is privately held, disclosure of its activities is rarely forthcoming.

In 2005, Berlin and Rosen formed a communications and political consulting firm, which they named after themselves. Early efforts included a $200,000 ad campaign attacking Republican candidates for the New York State Senate and media relations work for embattled senior New York Democrats Eliot Spitzer and Sheldon Silver.

Valerie Berlin and Jonathan Rosen serve as the firm’s co-principals. Both have enjoyed long careers in Democratic Party politics and labor union organizing. Their success with their eponymous consulting firm has made them both prominent and rich. According to New York property records from 2014, both Berlin’s and Rosen’s families own homes in Brooklyn’s trendy Park Slope neighborhood purchased for more than $1 million each. Rosen and his wife later bought a $2.5 million estate on Montauk, Long Island. Being well-connected liberals certainly has its perks.

Other BerlinRosen executive-level staffers have seen action in the front ranks of a variety of liberal organizations and Democratic political campaigns. According to the firm’s website, managing director and executive vice president-level staff experience includes the SEIU; the Hillary Clinton campaign; the Presidential campaigns of Barack Obama; the Obama White House; and the office of former U.S. Senator Paul Wellstone (D-Minnesota).

In the next installment of “Consulting for the Left,” we delve into BerlinRosen’s rise to prominence with the election of far-left New York Mayor Bill de Blasio.