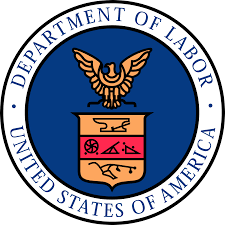 I am writing in strong support of the Office of Labor Management Standards (OLMS) rule expanding the requirement to file an annual report to union members and the public to “intermediate bodies” of government worker unions subordinate to national unions that already file reports under the Labor Management Reporting and Disclosure Act (LMRDA).

Union transparency regulations are crucial to public investigations of labor union corruption. They are also integral to union members’ and union-represented workers’ decisions on whether to exercise their rights under the Janus v. AFSCME Supreme Court precedent to withdraw membership and refrain from paying union fees.

Public disclosures of union expenditure have led to the identification of suspected union corruption by members of the press. In 2008, the Los Angeles Times used, among other evidence, Department of Labor disclosures to identify patterns of spending by SEIU United Long-Term Care Workers that aroused suspicions. The Times reports on the union’s expenditures to companies associated with the family of then-union president Tyrone Freeman led to Freeman taking a leave of absence; a criminal investigation later led to Freeman’s conviction.

Even when the disclosures do not identify criminal activities, they can still inform multiple audiences and stakeholders. Union members, non-union members required to accept union monopoly representation, prospective unionized workers, and the general public can benefit from information disclosed in these forms, particularly when the information demonstrates labor union influence on public policy. In the case of the intermediate bodies rule, this concern takes on special significance because of the truth underlying the Janus v. AFSCME Supreme Court ruling: Anything over which government worker unions bargain collectively is a matter of public policy.

Union financial disclosures are crucial to informing workers of Big Labor’s ideological, political, and lobbying activities. Disclosures helped Capital Research Center identify funding from the American Federation of Teachers to the controversial Women’s March in 2018 and from the AFL-CIO to the Funders Committee for Civic Participation—a major left-of-center political organizing coalition—in 2019. Others have used the disclosures to identify the over 250 advocacy-group recipients of funding from the two national teachers’ unions, including the over $15 million the National Education Association provided to the State Engagement Fund.

However, under the interpretation of LMRDA the Office plans to revise with the proposed rule, several intermediate bodies are exempt from disclosures, limiting public and member information about the contributions from regulated (i.e., disclosing) national unions to the intermediate bodies. The National Education Association reported on its most recent FY 2019 LM-2 disclosure making nearly $10 million in Schedule 17 “Contributions, Gifts, and Grants” to the California Teachers Association; without the Intermediate Bodies Rule, public and member oversight ends at that point because the California Teachers Association—an intermediate body—is not required to file an LM-2.

It was for this reason that the Office advanced a similar rule in 2003, a rule that held up in court until a change of Presidential administration led to its reversal. Especially considering the ruling in Janus, it is crucial that union members be able to provide scrutiny of their dues spending to the maximum level allowable by law. For these reasons, I strongly encourage the Office of Labor Management Standards to adopt the Intermediate Bodies Rule as proposed.