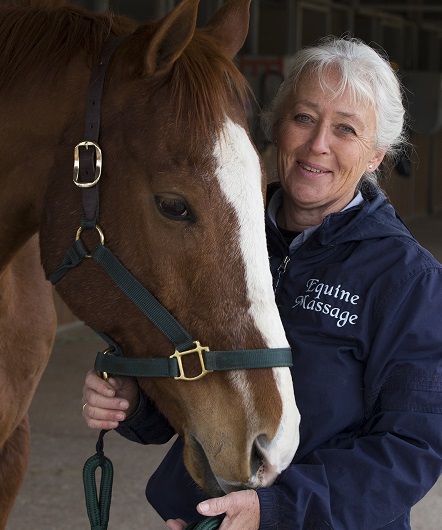 There are many consequences to bureaucracy, but one of the worst things bureaucrats can do is block people who want to work and have the skills needed to do good work from entering the labor force because they don’t have a proper license. As I noted last year, even the White House realizes that licenses are a burden that imposes unneeded barriers on people who want to be productive.

Eric Felten, managing editor of the Weekly Standard, does a fine job in showing the ludicrousness of the licensing business in this piece from his magazine about occupational licensing in Arizona. Arizona’s Republican governor, Douglas Ducey, vowed in his annual State of the State address this year that “Arizona requires licenses for too many jobs” and that he’d try to eliminate barriers that create “a maze of bureaucracy for small business people looking to earn an honest living.” Among the professions that Gov. Ducey and his allies in the legislature want to eliminate licenses for are bingo callers and citrus pickers.

As Felten shows, Gov. Ducey has his work cut out for him. He begins with a profile of Celeste Kelly, who wants to make a living giving massages to horses. Not being a horse, I don’t know if such massages are useful, but the horses appear to feel better and if people want to pay for Kelly’s services, why not?

For the past two years, Kelly has been tied up in a battle with the Arizona State Veterinary Medical Examining Board, who claims she is offering veterinary services without a license. Kelly does not claim to be a vet, and offers no diagnosis or prescriptions. All she does is massage horses. This should be a simple issue between the seller and buyer of her services; if horse owners like what Kelly does, they can hire her again. But the veterinary board wants to put her out of business.

The Institute for Justice represents Kelly. (I once edited a report for the Institute). Throughout its long history, the Institute has long represented people who want to work but can’t because they don’t have a license. In addition, in 2012 the Institute issued a report by a research team led by Dick Carpenter II showing 102 occupations where licenses were required and the barriers that prevent people from entering the labor force.

Felten also scores points for reminding us that Milton Friedman didn’t like occupational licenses. He notes that in Free to Choose, Friedman explained, ”organized occupational groups persistently strive to have the practice of their occupation legally defined as broadly as possible in order to increase the demand for the services of licensed practitioners.”

The justification offered is always the same, to protect the consumer. However, the reason is demonstrated by observing who lobbies at the state legislature for the imposition or strengthening of licensure. The lobbyists are invariably representatives of the occupation in question rather than of consumers.

Felten shows Friedman’s point by interviewing a lot of Arizona state legislators, who explain that the hearings on licenses are packed with professionals who want the legislature to make sure that competitors are kept out. No one at the hearings appeared to be consumers who say they liked licenses.

But Callahan accepts government funds for teacher training, so she got a letter from the Arizona State Board for Private Postsecondary Education telling her to stop training classes. Callahan says that no one from the state board came to her studios and no one spoke to any students or teachers.

“No student has ever asked me whether I’m licensed,” Callahan says, explaining that new students show up from social media recommendations and Yelp reviews. “We have an incentive to protect our students. If they’re not happy, word gets around and we don’t get students.”

So why would the Arizona State Board care about licenses for yoga teachers? Felten found clues at a hearing for a bill that would deregulate yoga studios. Opposed to the bill was “a lugubrious lobbyist with a gray walrus mustache” who explained the menace that would happen if yoga studios weren’t licensed. One particular school, he said, wouldn’t be able to accept government grants and loans and veterans’ benefits if the bill passed.

The lobbyist didn’t name the school, but Felten notes that one school fit the lobbyist’s description: the Southwest Institute for Healing Arts, whose founder, director, “chief spiritual officer,” and owner happen to be KC Miller. Miller’s credentials for running a school that offers yoga teacher training, hypnotherapy, “natural aesthetics,” and other course is that she is a reflexologist, life coach, minister, “toe reader,” and vice-chair of the Arizona State Board for Private Postsecondary Education.

“I don’t know which is worse,” Felten writes, “(1) that the owner of a yoga teacher training business should be in a position to say who else can open a yoga teacher business, or (2) that the board governing Arizona’s private post-secondary schools includes a ‘toe reader.’”