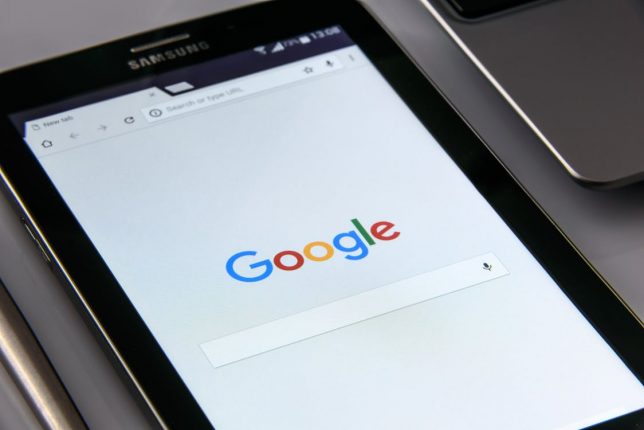 Did you know you could be fired for suggesting that biology may explain why there are more men than women in tech jobs?

That’s the precedent set by the National Labor Relations Board (NLRB) in its ruling against James Damore, the ex-Google engineer who was fired in August 2017 after he dared to criticize his employer’s “politically correct monoculture.”

According to the NLRB, Damore—who sued Google in August for illegally firing him over a 10-page memo he wrote accusing Google of silencing conservative and moderate political opinions among its employees—was not wrongfully fired from his job because his views are too “harmful, discriminatory, and disruptive” too be protected under U.S. labor law.

It’s a setback for Damore, but the decision is a critical defeat for free speech as Google takes its political correctness machine to the web.

Admittedly, the company’s vast size and ubiquity online means it would be next to impossible to separate Google from free speech issues on the Internet. According to the website NetMarketShare.com, Google is the far and away the most-used Internet search engine, with a market share of almost 75 percent. Its parent company, Alphabet Inc., is the second-largest firm in the world, with market capitalization of $768 billion as of February 2018.

Yet cases like that of James Damore highlight Google’s interest in promoting its own far-left, speech-censoring ideology in order to influence political debate and culture—and it has the cash to do it. According to the New York Times:

After initially eschewing Washington public policy debates, which were seen in Silicon Valley as pay-to-play politics, Google has developed an influence operation that is arguably more muscular and sophisticated than that of any other American company.

It spent $9.5 million on lobbying through the first half of this year — more than almost any other company. It helped organize conferences at which key regulators overseeing investigations into the company were presented with pro-Google arguments, sometimes without disclosure of Google’s role.

But Google also funds a number of Left-aligned nonprofits to accomplish this aim. In October 2017, the company announced it would be partnering with the International Fact-Checking Network (IFCN), a project maintained by the left-wing Poynter Institute.

Poynter—which has received millions of dollars in grants from major left-wing funders according to Foundation Search, including the Omidyar Network, George Soros’ Open Society Foundations, the Tides Center, and the Knight, Ford, Gates, MacArthur, and Carnegie Foundations—uses the IFCN to train “fact checkers” alongside left-leaning groups like PolitiFact, Factcheck.org, and the Washington Post.

Until recently, Google published much of this data in its online search results under the auspices of “helping people quickly learn more about news publications,” according to a spokesperson. Curiously, though, nearly all of the websites targeted by Google’s fact-checkers had conservative audiences, such as the Daily Caller:

Second, and perhaps most importantly, many of the fact-checks were wrong. One of the purported reviewed claims was for an article that straightforwardly reported that yet another member of special counsel Robert Mueller’s investigative team was a donor for former Secretary of State Hillary Clinton and former President Barack Obama.

Sometimes Google funding has led to accusations of tainted money. The left-leaning New America Foundation (NAF) has received some $21 million in grants from Google and Alphabet CEO Eric Schmidt’s personal foundation, according to the Guardian. NAF is led by Anne-Marie Slaughter—a former senior policy strategist under Hillary Clinton’s State Department—and is funded by hardline liberal foundations, such as the Ford, Gates, Hewlett, Lumina, and Open Society Foundations. Nevertheless, NAF enjoys a balanced reputation. It has employed conservatives like journalist Christine Rosen and has a few prominent conservatives on its board, including historian Walter Russell Mead, National Review executive editor Reihan Salam, and New York Times columnist David Brooks.

That changed when Barry Lynn, an expert on monopolies and a senior fellow at NAF’s Open Markets Initiative, published a press release in June 2017 praising the European Union’s decision to fine Google $2.7 billion for violating its anti-trust laws. According to former Rep. Tom Tancredo writing in the Hill, an irritated Eric Schmidt contacted Ms. Slaughter, who wrote Lynn in turn:

We are in the process of trying to expand our relationship with Google on some absolutely key points … just THINK about how you are imperiling funding for others.

By August 30, Lynn was forced out of NAF, and the nonprofit closed its Open Markets Initiative.

The air of political correctness stifling Silicon Valley is bigger than any single company; it’s an industry-wide issue. What’s worse, decisions like the Damore case only ingrain this derisive partisanship deeper into the region. It’s a reality billionaire tech investor Peter Thiel warned about in his recent decision to leave Silicon Valley, calling it a “one-party state.”

If Big Tech continues as it is, Internet start-ups like Google may prove to be the death of free speech online.