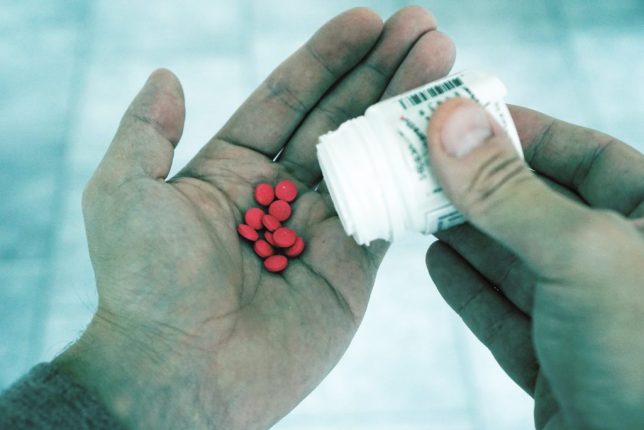 This article originally appeared in Philanthropy Daily on July 19, 2018.

“Do you remember that woman Marie who went through our drug recovery program last year?”

Of course, I did. She gave a beautiful speech when she graduated about how the program helped her get her life back. Everyone cried.

“Well, I just saw her at the grocery store. She’s back on heroin.”

My heart sank when I heard this from the co-director of the recovery program in our rural, Michigan community. Unfortunately, stories like this are all too common, especially in small towns like mine.

Over 2 million people in the United States are addicted to some kind of opiate. The opioid epidemic, now declared a public health crisis, takes 115 lives every day. Furthermore, a study by the Centers for Disease Prevention and Control reveals that in the past couple of decades, cocaine, heroin, and opioid-related mortalities in large metropolitan areas have increased at a rate of only 16%, while the same drug mortalities in rural areas have increased at an astonishing 248%.

Last month, the U.S. Department of Agriculture launched its new “interactive opioid misuse resource map.” Clicking on a state reveals what programs are effective in a given area. These ideas range from Andy’s Angels, a Michigan group that raises money to help families pay for treatment programs, to an encouraging Facebook group for West Virginians called “Testimony of the (Un)broken.” For those who want to tell their own story, there are simple questions on the website: “What’s working in your town? Tell us what actions your rural community is taking in prevention, treatment, and recovery.”

Little over a month since its launch, the map is by no means comprehensive. However, it already has a quarter of the country accounted for, including many of the states hit hardest by the epidemic. The initiative is giving local voices a national stage.

Networks like this are especially helpful for rural populations, where community leaders—health professionals, police officers, pastors, etc.— are spread further apart than their urban counterparts.

Jonathan Davis, founder of the website, Small Town Churches Network, who focused his doctoral work on rural sociology, says, “One of the biggest problems with rural ministry is that people feel alienated.” To combat this he created smalltownchurches.org, where pastors discuss rural difficulties. “Part of my hope,” Davis says, “is that I can provide an outlet for people to feel connected and decrease the sense of isolation.”

The national discussion is almost never focused on rural challenges or victories. Davis points out that urban people, major organizations, and government officials often use the word “residual” when discussing non-urban areas, indicating an underlying belief that rural populations are the “leftovers of urbanization,” and not expressions of a legitimate way of life in itself. In other words, rural life is not a part of the national consciousness.

Davis explained that community leaders of all types can benefit from sharing their ideas, especially when it comes to the opioid crisis. “There’s so much out there on this stuff, nobody needs to reinvent the wheel.” The battle lies not in dreaming up some novel approach, but in “getting people to know what already is there, not only on a local level, but [also] state and federal.”

The new opioid resource map does just that. The USDA is using its national reach to highlight local efforts, both private and public. Indeed, this initiative is not an overarching federal policy but an informational resource that reinforces the idea that local communities know best.

The USDA map is a good starting point for people who want to help. This creative approach shows that the federal government is aware of often-overlooked rural needs, and more importantly of the wisdom in private, local approaches to opioid treatment. The USDA has created a national avenue for collaboration that promotes local solutions. Let’s hope there’s more to come.