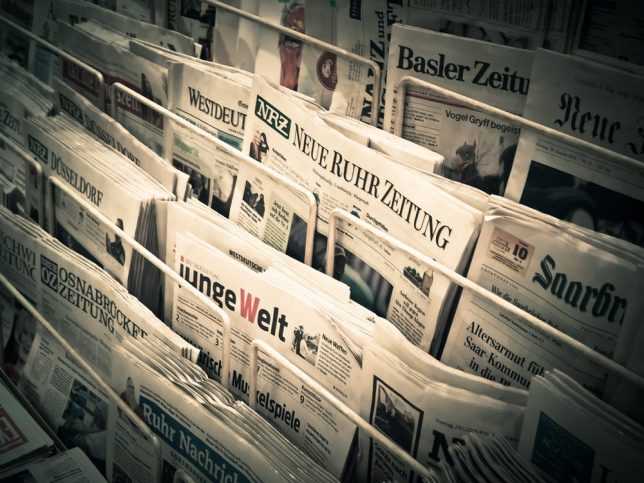 Over the next five years Report for America, an initiative created by the nonprofit GroundTruth Project in partnership with the Google News Lab, is preparing to subsidize the employment, training, and placement of a thousand new journalists in newsrooms across rural America.

Funded by grants from wealthy left-wing nonprofits such as the Ford Foundation, Rockefeller Family Fund, the Knight Foundation, and other elite left-wing donors, the initiative plans to bring a “new model” of journalism to local television stations and small newspapers across the country. This new model will focus on providing reporters to partnered news organizations at half the typical cost of employment and include training from the Google News Lab and Solutions Journalism Network on how to cover topics which Report for America and its donors consider “under-covered.” Report for America argues that America is currently facing a media crisis in small towns across the country and that these journalists will help Americans who are no longer able “to understand the critical issues facing their community,” all while also propping up embattled news organizations.

Until January 2018, the GroundTruth Project had been primarily focused on foreign correspondence in developing democracies. Founded in 2014, the GroundTruth Project is a 501(c)(3) tax-exempt organization headquartered in Boston, Massachusetts. It was created by Steven Waldman, a journalist and former senior advisor to the chairman of the Obama era Federal Communications Commission, and Charles Sennott, a former Boston Globe journalist.

While the GroundTruth Projects claims to be against placing Report for America journalists in newsrooms that are influenced by advertisers or donors, their own funding methods create similar questions about bias. Between 2014 and 2017, the Ford Foundation, MacArthur Foundation, and Galloway Foundation together contributed $1.4 million to GroundTruth’s total operating budget. According to the organization’s latest filings, that total by itself is more than half of the organization’s total net worth at $2.5 million.

The Ford and MacArthur Foundations fund many radical organizations on the far-left, including UnidosUS, the Tides Center, and Demos, drawing questions about GroundTruth’s “objectivity.”

The Solutions Journalism Network argues that the kind of traditional reporting that encourages readers to make their own conclusions is outdated, and instead teaches reporters to provide their own pre-digested “solutions” for readers to absorb. The Solutions Journalism Network is funded by a number of left-wing nonprofits, including the Ford Foundation, Gates Foundation, Democracy Fund, Rockefeller Fund, Walton Foundation, and others.

The Google News Lab was the first partner to join the Report for America project, and has provided much of the infrastructure for training journalists in how to research and which sources to use. Unsurprisingly, Google News Lab is funded by Google, which has been accused of harboring anti-conservative biases in its company ethos. YouTube, a subsidiary of Google, has a particularly poor track record when it comes to free speech issues.

As shown by CRC’s Jake Klein, YouTube has removed or hidden and demonetized videos uploaded to its platform in the past from users that don’t support the company’s often radical views. In February, YouTube removed a Capital Research Center video entitled “The Dirty Secrets of Democratic Politics” on the grounds that CRC had violated the company’s “hate speech” rules.  After CRC appealed to YouTube against the baseless accusation and demanded the company reinstate the video, wrote CRC’s Hayden Ludwig,

YouTube quietly reinstated both videos. But it’s become increasingly clear: when it comes to allowing free speech, YouTube is willing to break their professed values if it advances their ideology at the cost of conservatives.

Since Report for America officially launched on January 12, 2018, the initiative has placed its first journalists at three separate news organizations in the states of Kentucky and West Virginia.

Out of the nine newsrooms that were approved, the Chicago Sun-Times is just another example of the problem at hand. The newspaper’s historical bias is accurately depicted in comments from the paper’s editorial page editor Cheryl Reed on July 10, 2007.

We [the Chicago Sun-Times] are returning to our liberal, working-class roots, a position that pits us squarely opposite the Chicago Tribune—that Republican, George Bush—touting paper over on moneyed Michigan Avenue.

For an initiative that claims to be separate from the ideology of its donors, quotes from overtly partisan newsroom partners like this damage much of Report for America’s attempt at nonpartisan messaging.