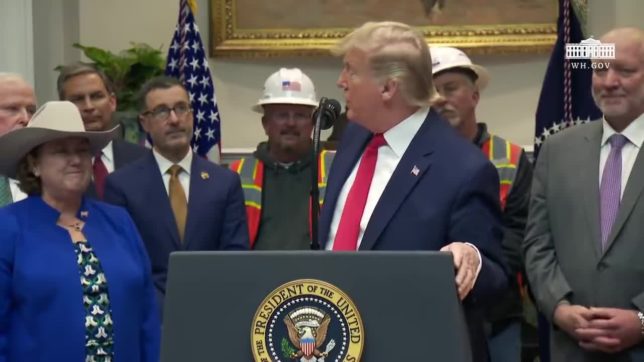 The idea that government should operate efficiently and effectively is commonsense and, one would think, a nonpartisan proposition. To this end, the Trump Administration has recently proposed a variety of updates to the regulations implementing the National Environmental Policy Act (NEPA). While these revisions are intended to simply streamline the sluggish NEPA review process, a coalition of environmental nonprofits has come out strongly against any such reforms. For these groups, NEPA’s bureaucratic and legal roadblocks are valuable tools of resistance against projects they oppose—all at the cost of U.S. taxpayers, developers, and the U.S. economy.

The Need for NEPA Reform

Enacted in 1970, NEPA was the first major piece of American environmental legislation. In the main, it requires federal agencies to seriously evaluate the potential environmental impacts of proposed federal actions. This requirement is broadly interpreted to include state, local, and private projects that require or receive some form of federal authorization or assistance, such as a permit or a grant. NEPA is a procedural rather than a substantive law, and the government is required only to conduct the appropriate level of environmental review. It is not required to reach a particular decision on any given project.

While this sounds simple enough, NEPA evaluations have become increasingly burdensome over the years. The average environmental impact statement (EIS), which is required for projects that may significantly affect the environment, now takes 4.5 years to complete. Highway projects are particularly affected, with those reviews occasionally taking more than a decade. While only a small fraction of NEPA reviews require an EIS, they disproportionately impact the largest and most important projects in the country. These delays and a variety of other bureaucratic inefficiencies create significant barriers to much-needed American infrastructure improvements and the associated economic benefits.

To address this, the Trump Administration recently proposed a broad set of regulatory revisions designed to “facilitate more efficient, effective, and timely NEPA reviews by Federal agencies.” Some specific changes include placing time and page limits on the reviews, improving intergovernmental cooperation on actions that involve more than one federal agency, and formalizing the common practice of allowing project applicants to prepare their own reviews under agency supervision. A good (and unbiased) summary of the changes can be found here. All required NEPA analyses would still be performed under these revisions, only faster.

Although reforms that promote efficiency in government might seem like a nonpartisan no-brainer, there has been predictable and aggressive pushback from environmental groups. A coalition called Protect NEPA, sponsored by the 501(c)(3) Partnership Project, represents 33 organizations working to “advance and defend NEPA.” This coalition includes the Sunrise Movement (the principal group behind the Green New Deal) and the anti-nuclear Physicians for Social Responsibility, as well as large mainstays of the American environmental movement such as the Sierra Club and the National Audubon Society.

Probably the most notable feature uniting the Protect NEPA organizations is their penchant for federal litigation. This may not be a coincidence. The entire NEPA procedural process is fertile ground for lawyers, with almost 1,500 suits filed from 2001 through 2013. Public interest groups were by far the most common category of plaintiff in each year. One scholarly study concluded that 16 percent of all EIS reviews are challenged in federal court, and the government ultimately loses less than one-fifth of NEPA cases (EIS or otherwise). Yet the constant specter of a court challenge looming over NEPA reviews is a principal contributor to delays in their completion. That may be why some of the most prolific environmental litigants in the country also count themselves among the leading opponents of NEPA reform.

Recent litigation figures are quite telling. Of the 26 national partners listed on Protect NEPA’s website, all but two have sued the federal government during the Trump Administration, either as a plaintiff or counsel. Some have sued with remarkable frequency. Earthjustice managed to file well over 100 different suits against the administration by the start of 2019, while the Natural Resources Defense Council reached that milestone less than a year later. As of early 2020, the Center for Biological Diversity claims 187 separate filings in its Trump Lawsuit Tracker. Even the League of Conservation Voters recently broke its 50-year tradition of declining to sue presidential administrations, while at the same time vowing to “fight like hell” to keep NEPA reform from becoming law.

It’s important to remember that the underlying motivations for these suits are not always dispassionate reverence for proper NEPA procedure. A good example is a consolidated filing by the Center for Biological Diversity and other environmental groups arguing that extensive NEPA reviews need to be conducted prior to the construction of portions of the U.S.-Mexico border wall. Such a review, the center admitted, would have taken “years . . . to play out. And it would take a lot of work and a lot of effort, and that’s what it should take.” Although the courts found in favor of the administration, the center has nevertheless sued over the wall at least six times on various grounds. The center’s Executive Director Kieran Suckling likens this nonstop litigation to boxing, with the goal being simply to “keep hammering away until they fall down.”

This underscores a key point: While NEPA’s requirements are procedural, procedure can be employed to achieve substantive ends. The Machiavellian reality is that the merits of government efficiency are entirely subjective depending on what the government is trying to accomplish. Excess NEPA delays and costs can be desirable to those who oppose the projects themselves. A “win by red tape” is a win nonetheless. To these groups, the fact that the taxpayer will be footing the bill in multiple ways is of secondary importance.

In truth, there is broad consensus on the left and the right that the objectives enshrined in NEPA are fully worthwhile. One only need look at the litany of Soviet environmental catastrophes to see what happens when a government doesn’t consider the environmental effects of its projects. However, all environmental regulations represent a balancing act between the dual goals of conservation and development: Both are important, but neither is paramount. Reforms that streamline unacceptably burdensome NEPA reviews seek both to restore this balance and to promote government efficiency. Those that would oppose such reforms don’t seem to be interested in either.