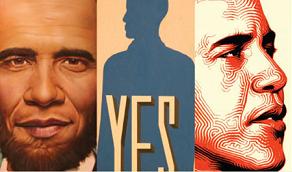 Yes, we can! With tax dollars!

Patrick Courrielche reveals at Big Hollywood that he participated in a teleconference call in which the National Endowment for the Arts –the largest funder of the arts in the U.S.– encouraged artists to create pro-Obama art:

I was invited by the National Endowment for the Arts (NEA) to take part in a conference call that invited a group of rising artist and art community luminaries “to help lay a new foundation for growth, focusing on core areas of the recovery agenda – health care, energy and environment, safety and security, education, community renewal.”

Now admittedly, I’m a skeptic of BIG government. In my view, power tends to overreach whenever given the opportunity. It’s a law of human nature that has very few exceptions. That said, it felt to me that by providing issues as a cynosure for inspiration to a handpicked arts group – a group that played a key role in the President’s election as mentioned throughout the conference call – the National Endowment for the Arts was steering the art community toward creating art on the very issues that are currently under contentious national debate; those being health care reform and cap-and-trade legislation. Could the National Endowment for the Arts be looking to the art community to create an environment amenable to the administration’s positions? […]

Backed by the full weight of President Barack Obama’s call to service and the institutional weight of the NEA, the conference call was billed as an opportunity for those in the art community to inspire service in four key categories, and at the top of the list were “health care” and “energy and environment.” The service was to be attached to the President’s United We Serve campaign, a nationwide federal initiative to make service a way of life for all Americans.

It sounded, how should I phrase it…unusual, that the NEA would invite the art community to a meeting to discuss issues currently under vehement national debate. I decided to call in, and what I heard concerned me.

The people running the conference call and rallying the group to get active on these issues were Yosi Sergant, the Director of Communications for the National Endowment for the Arts; Buffy Wicks, Deputy Director of the White House Office of Public Engagement; Nell Abernathy, Director of Outreach for United We Serve; Thomas Bates, Vice President of Civic Engagement for Rock the Vote; and Michael Skolnik, Political Director for Russell Simmons.

We were encouraged to bring the same sense of enthusiasm to these “focus areas” as we had brought to Obama’s presidential campaign, and we were encouraged to create art and art initiatives that brought awareness to these issues. Throughout the conversation, we were reminded of our ability as artists and art professionals to “shape the lives” of those around us. The now famous Obama “Hope” poster, created by artist Shepard Fairey and promoted by many of those on the phone call, and will.i.am’s “Yes We Can” song and music video were presented as shining examples of our group’s clear role in the election. […]

This is scary stuff.

To paraphrase Courrielche from his appearance on the “Glenn Beck Program” today, whenever governments and artists collaborate on art, the results are never good.

Here is some Soviet taxpayer-funded art: 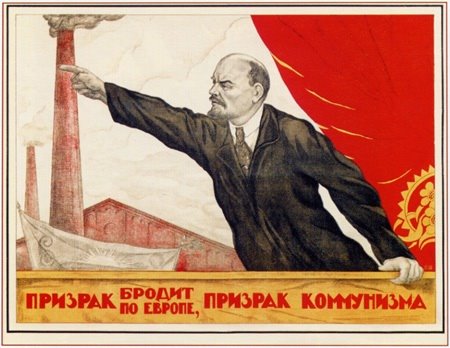 Here is some German taxpayer-funded art: 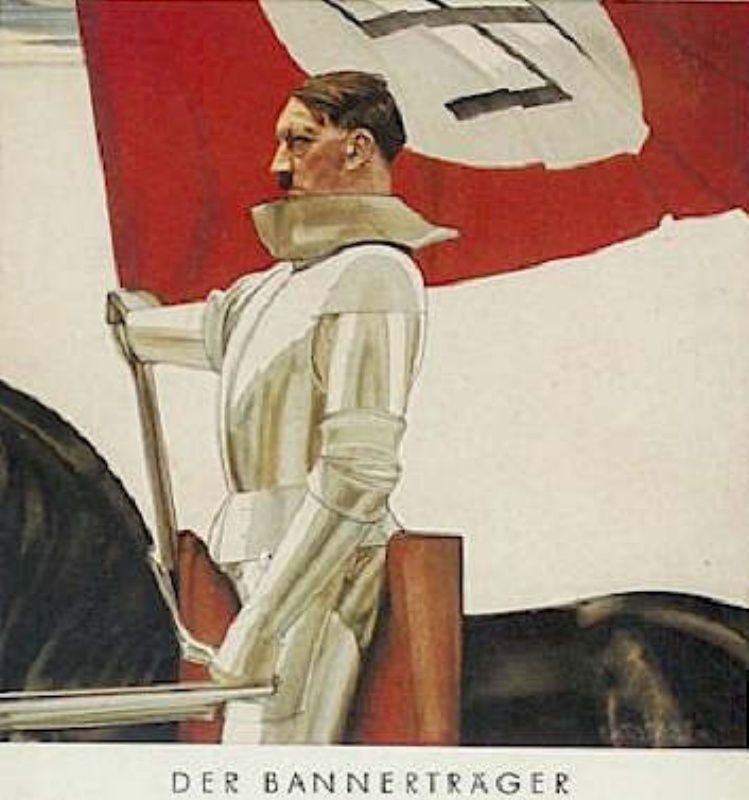 Courrielche discussed the issue a few days ago on Fox Business: