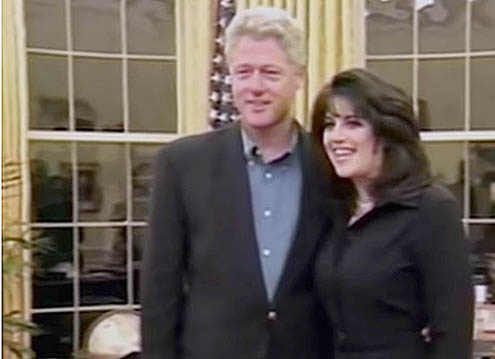 Yesterday, the left-wing special interest group MoveOn.org co-hosted an “#ImpeachmentNow” demonstration at the U.S. Capitol. But they’re being very reasonable about it all: their backup plan is a petition with “hundreds of thousands of signatures” on it asking Congress to not waste time on impeachment and instead merely censure President Trump “and move on to pressing issues facing the nation.”

Sort of. The quoted language in the last sentence is cribbed from the web page recounting MoveOn.org’s founding mythology, and the story behind that is a #MeToo irony deep enough to drown.

When tech entrepreneurs Joan Blades and Wes Boyd created an online petition about the Clinton impeachment in 1998 and emailed it to friends, they were as surprised as everyone else when it went viral. Although neither had experience in politics, they shared deep frustration with the partisan warfare in Washington D.C. and the ridiculous waste of our nation’s focus at the time of the Clinton impeachment mess. Within days, their petition to “Censure President Clinton and Move On to Pressing Issues Facing the Nation” had hundreds of thousands of signatures.

And if you had asked the 100 people MoveOn.org’s demonstration to name the woman in the middle of the Clinton impeachment, the majority would reply with one name: Monica Lewinsky.

The impeachment of President Clinton ultimately occurred because he gave “false, misleading and evasive answers that were designed to obstruct the judicial process” in a sexual misconduct lawsuit filed against him by a former Arkansas state employee Paula Jones. Those quoted words were used by Federal Judge Susan Webber Wright—a former law student of Clinton’s—in a contempt of court citation she slammed down on the President of the United States in 1999 after it became abundantly clear he had prevented his accuser—Ms. Jones—from getting a truthful answer in her federal case against him.

Yes, the lies he told were about the nature of his relationship with Ms. Lewinsky during the period in which she was a federal government intern working in Clinton’s White House office. Clinton infamously repeated the fabrications from the Jones case to a grand jury–and then encouraged Lewinsky to join him in misleading the courts.

The first article of impeachment approved by the U.S. House, over the objections of MoveOn.org, cited Clinton for “. . . perjurious, false and misleading testimony to the grand jury concerning one or more of the following: (1) the nature and details of his relationship with a subordinate Government employee; (2) prior perjurious, false and misleading testimony he gave in a Federal civil rights action brought against him. . . .”

The second article approved by the U.S. House was for Clinton’s obstruction of justice–helping Lewinsky maintain his lies. It states that he “engaged personally, and through his subordinates and agents, in a course of conduct or scheme designed to delay, impede, cover up and conceal the existence of evidence and testimony related to a Federal civil rights action brought against him in a duly instituted judicial proceeding.”

If the Senate had voted to remove the President based on these charges, the nation really would have been able to “move on”—with President Al Gore. And as an incumbent in a time of prosperity, Gore probably would have pulled in those extra 537 votes he needed to win Florida in 2000.

So faced with those options, MoveOn.org was founded on the notion that America was better off with the guy who lied in a sexual misconduct proceeding filed against him. Since then, they claim to have moved on to leading the “fight to expose and push back against the Republican War on Women,” and promoting the political fortunes of Bernie Sanders and Elizabeth Warren.

And now they’ve found a President they want to impeach. A truly responsible media covering this event should have asked the MoveOn.org representatives: What took you so long? 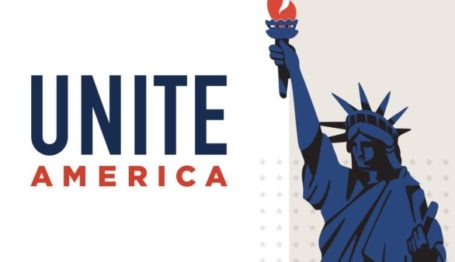 The Nonprofit Network Behind “Vote by Mail”