Clinton, Trump and their philanthropies 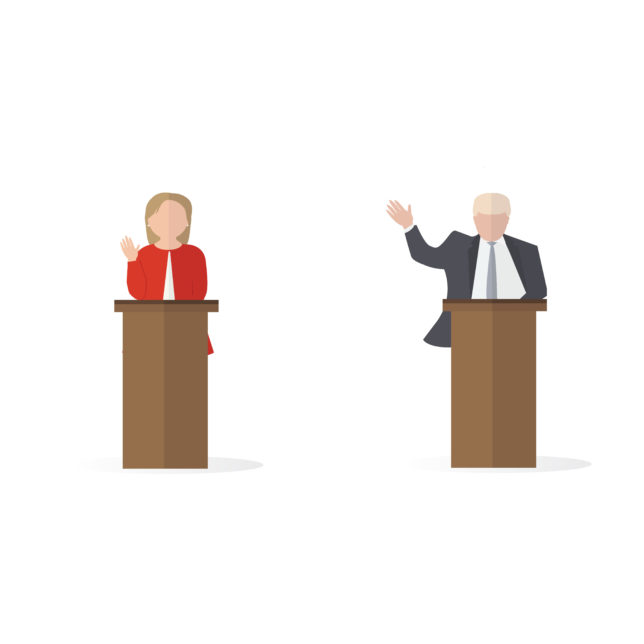 One of the many points of similarity between Hillary Clinton and Donald Trump is that they both run philanthropies. As Naomi Schaefer Riley notes in this Weekly Standard article, neither Clinton nor Trump are very good philanthropists. She warns that the problems that both the Clinton Foundation and the Trump Foundation have might generally spell trouble for philanthropy.

I agree with her that both Clinton and Trump aren’t particularly good philanthropists. But her fears that the problems of the two presidential candidates and charity will somehow doom charity are overstated.

It might be a worthwhile project to summarize why the Clinton Foundation is problematic. The Clinton Foundation largely spends money on its programs. That isn’t a bad thing, but what is bad is that many of these programs don’t actually help poor people advance, but seem to be networking programs where the great and the good get together and tell each other how special they are and how caring they are. I thought Thomas Frank did as good a job as anyone at explaining why these fancy networking sessions are so irritating.

Finally, there’s the consulting firm Teneo, who you will recall from the scandals over Hillary Clinton’s emails, was an organization that Huma Abedin worked for part-time while she was also working for the State Department part-time. The scandal of Judith Rodin, who, while Rockefeller Foundation president, hired Teneo to unsuccessfully lobby the State Department for an unpaid advisory position (which she failed to obtain) is well known. (I write about this in this issue of Foundation Watch.)

Were there other charities that similarly used Teneo? If so, what were they?

(Jim Geraghty reminded me of this fine piece on Teneo by Alec Magillis from the New Republic in 2013, which charges that Teneo and its president, Doug Band, were responsible for inspiring the “undertow of transactionalism at the glittering annual dinners” of the Clinton Foundation, “the fixation on celebrity, and a certain contingent of donors whose charitable contributions and business interests occupy an uncomfortable proximity.”)

As for Donald Trump, the problem here is, like much discussion of his wealth, there’s a lot of vaporware. There have been lots of stories where the Trumps have claimed that they made massive donations, all of which have been secret. The Trumps have also put out a lot of fustian about how they have privately helped dozens and dozens of people, none of who have deigned to speak for the record.

Riley quotes the Washington Post as reporting that the Trumps have “donated about $2.8 million” in the past 15 years to the Donald J. Trump Foundation and that Trump has not contributed any money to his foundation since 2008. Such claims are unfair to Trump as they underestimate the funds his foundation receives.

Riley didn’t look at the Form 990s. Well, thanks to Guidestar, I have. Here are the last three years of the Donald J. Trump Foundation:

Riley reminds us that Donald Trump has been a public figure for such a long time that Waldemar A. Nielsen, interviewed by the Chronicle of Philanthropy in 1990 declared that Trump’s contributions were “kind of dinky” for a man who said, even back then, that he was a billionaire. Of course the criterion shouldn’t be how much you give, but whether you give wisely. If the Trump Foundation’s 990s were for the Donald J. Smith Foundation, we wouldn’t think they were interesting or newsworthy. But Donald J. Smith is not the current Republican presidential nominee.

Riley concludes by claiming that reports about the giving patterns of Trump and the Clintons could “lead to calls on both sides of the aisle for more government oversight of charities,” including having the federal government determine who sits on a foundation board, curtailing the charitable tax deduction, and mandating an increase in the payout rate. I strongly suspect that none of these things will happen regardless of whether Trump or Clinton wins. Remember that the Obama administration proposed curtailing the charitable deduction, and their efforts, rightly, did not go anywhere. It may well be that the Clinton Foundation scandals could result in some changes, much as the ban on self-dealing in the 1960s came about because foundations were self-dealing.

But I wouldn’t expect any significant changes, particularly in the payout rate, because no one outside philanthropy cares about the payout rate. They really don’t.

There will be many more stories about Donald Trump and Hillary Clinton’s giving. But neither Trump nor Clinton are representative of philanthropy as a whole, and the problems of these donors will not lead to more general investigations of philanthropy.