Media Matters and the “Discredited and Marginalized” Senator-Elect 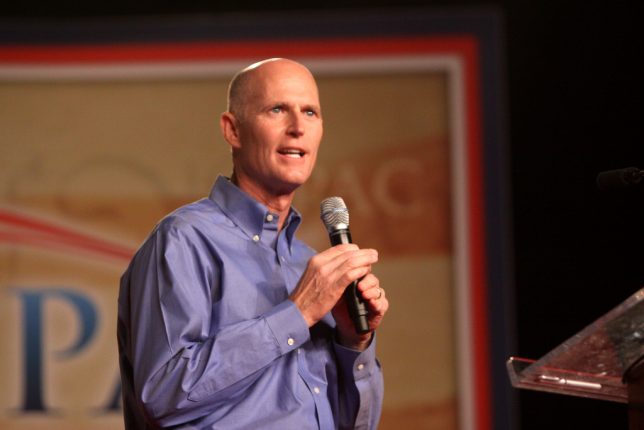 This weekend, U.S. Senator Bill Nelson (D-Florida) conceded defeat to his Republican rival, sitting Governor of Florida Rick Scott. That must have been a third shock (after Scott’s two narrow gubernatorial victories) to the operatives at Media Matters for America, who once patted themselves on the back for having “discredited and marginalized” the notoriously bald politician.

Before Scott ran for governor in 2010, he had been a businessman best known for becoming CEO of Columbia/HCA, a hospital operating company. (Ironically, his successor as CEO of Columbia/HCA, Thomas Frist Jr., was the brother of former Senate Republican Leader Bill Frist of Tennessee.) After leaving the company, Scott became a venture capitalist.

That might have been the extent of Scott’s political connections if not for the debate over the Democratic-backed healthcare proposals which would grow into Obamacare. Scott formed an advocacy group, Conservatives for Patients’ Rights, to oppose the Democratic plan, achieving some notoriety and the enmity of the professional liberal class. So, Media Matters dug up some opposition research on Scott’s management of Columbia/HCA, shopped it, and it ended up on CNN. While Scott was CEO of Columbia/HCA, it committed Medicare and other healthcare fraud and later paid $1.7 billion in fines, which was the largest such settlement at the time. Media Matters reported that this left Scott stammering and the group pompously declared that Scott had been “effectively discredited and marginalized as a result of the bad publicity” in a prospectus sent to liberal donors for 2010-2012.

The discrediting began to unravel shortly after the ink on Media Matters’ prospectus dried. In 2010, now-U.S. Ambassador to New Zealand, Scott Brown was elected to fill the unexpired portion of the late U.S. Sen. Ted Kennedy’s term from Massachusetts on a platform of stopping Obamacare as “Scott Brown 41”—the number of votes needed to block legislation by the Senate’s filibuster rule. While parliamentary maneuvering rendered his election unsuccessful in its aim, public revulsion over the plan and the process elevated a number of Republicans to governors’ mansions from Maine to Wyoming. Among them? A former healthcare executive from Florida named Rick Scott. Apparently, the Florida electorate had not received the Media Matters memo.

In 2014, the situation repeated itself: Scott was re-elected. And while 2010 and 2014 could be waved away as low-turnout affairs with Republican “waves” at Scott’s back, he won the election to the U.S. Senate with the most votes cast in a Florida midterm Senate election despite an overwhelmingly Democratic-favorable national political environment. This result seems to close the book on Media Matters’ gloat that it had “marginalized” Scott. And it is a lesson to all political activists: Victories are never permanent, and defeats are never final.