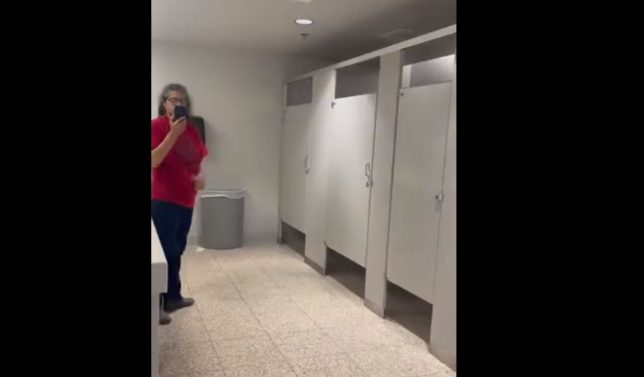 Living United for Change in Arizona (LUCHA), an Arizona activism group, recently made headlines when activists affiliated with LUCHA followed Sen. Kristen Sinema (D-AZ) into a bathroom, filming her and confronting her about her opposition to the Biden administration’s $3.5 trillion infrastructure bill.

Journalists quickly discovered that LUCHA has accepted over $1 million in donations from the Open Society Foundations, the private foundation of the infamous left-leaning billionaire George Soros, who is no stranger to funding radical left-wing activism.

Because of its Soros ties, many rightly concluded that LUCHA was far less “grassroots” than it claimed, but the organization’s ties to deep-pocketed organizations in Washington, DC, run far deeper than Soros’s funding and extend back a decade.

LUCHA and its 501(c)(3) affiliate, the Arizona Center for Empowerment, are both members of and receive substantial funding from the Center for Popular Democracy (CPD), a national collaboration of dozens of left-wing organizations that work together to organize voters in support of a wide range of the most radical policies.

From the Green New Deal to race-based reparations, the Center for Popular Democracy has vocally supported almost every left-wing cause and has earned a reputation for loud and disruptive demonstrations.

The incident with Sen. Sinema wasn’t the first-time activists tied to CPD have shamelessly harassed an Arizona senator. In 2018, CPD activists, including CPD’s co-executive director Ana Maria Archila, infamously cornered former Sen. Jeff Flake (R-AZ) in an elevator and yelled at him over his support for the confirmation of Supreme Court Justice Brett Kavanaugh.

CPD activists were also recently involved in mobilizing protestors on kayaks to paddle to protest outside the houseboat of Sen. Joe Manchin (D-WV) in Washington, DC. He joined Sen. Sinema in opposing the $3.5 trillion infrastructure bill. The protesters reportedly continued for several days, shouting questions and abuse from their boats, until Manchin finally agreed to meet with them.

Tied closely to the Center for Popular Democracy in the present, LUCHA also has ties to the political swamp can be traced deep into its past.

In 2011, the Capital Research Center reported that LUCHA was organized as a front group for the Association of Community Organizations for Reform Now (ACORN).

The scandal-plagued ACORN network disbanded after it lost federal funding in 2010. But many of its state branches immediately reorganized under new names. LUCHA was reportedly one of these groups.

Reports indicate that in 2011, immediately after ACORN dissolved, LUCHA was run by Monica Sandschaeffer, a former Arizona ACORN official. She was one of four ACORN members arrested in 2008 for disrupting a meeting of the Maricopa County Board of Supervisors while protesting against Sheriff Joe Arapaio.

In 2007, the FBI investigated the same branch of ACORN for “voter registration fraud of non-citizens” in the city of Phoenix. In 2010, Judicial Watch, a right-leaning watchdog group, obtained records that showed “that ACORN’s employment practices [perpetuated] fraudulent voter registration.” But charges were never filed under the Obama Administration because of technicalities that Judicial Watch called “questionable.”

Living United for a Political Agenda

Since the incident with Sen. Sinema, LUCHA has issued no apology or reprimand. In fact, it has doubled down on its anti-Sinema rhetoric, issuing an official statement titled “We Do What Senator Sinema Doesn’t – Advocate For Arizonans!” The underlying message is clear: “We regret nothing and your dissent will be punished.”