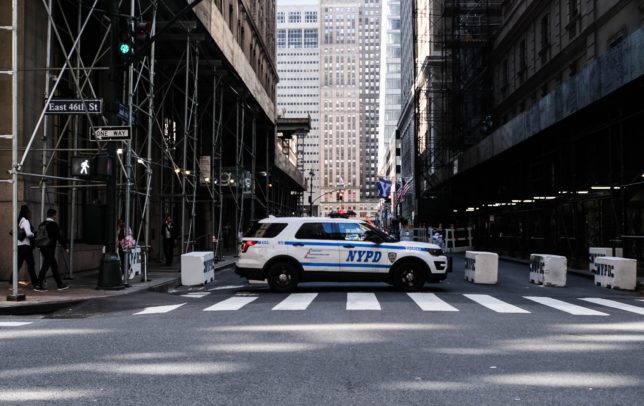 In recent weeks, tens of thousands have marched in the streets demanding accountability for incidents of alleged police brutality. In a surprising and welcome development, even progressives have acknowledged the impediment that police unions create to police discipline and officer accountability.

As documented by liberal criminal justice advocacy group We the Protesters, police union contracts throughout the country contain provisions limiting discipline, such as paid leave for officers charged with crimes, two-day minimum periods, and notice of the allegations before an officer under investigation is questioned (privileges not extended to a member of the general public under police scrutiny, to whom the police are legally free to lie), and strict limits on the power of citizen oversight committees.

Whether these welcome realizations will translate into union reform before the current energies devolve into a frenzy of extremist slogans and pseudo-religious rituals remains to be seen. As of writing, 206 Democrats and 21 Republicans—a majority of the U.S. House of Representatives—are co-sponsors of the Public Safety Employer-Employee Cooperation Act (H.R. 1154). This legislation would require municipalities and states to engage in collective bargaining with police (and firefighter) unions, including over “terms and conditions of employment.” Given precedents in other collectively bargained industries, this would presumably include discipline and grievance procedures.

And here lies the great secret of police unions that no progressive or liberal will admit: They are the shield that protects the sword aimed at taxpayers and citizens known as government worker collective bargaining.

Consider the examples of Wisconsin and Ohio, two midwestern states that pursued restrictions on government workers’ ability to bargain on the terms and conditions of employment in the early 2010s. Wisconsin’s Act 10 was famously upheld after contentious state court elections and an attempted recall of then-Gov. Scott Walker (R). A little-remembered provision of the law exempted police (and fire) unions from its rules. Meanwhile, Ohio Republicans made a valiant effort to restrict all government worker collective bargaining; their Senate Bill 5 was overturned in a referendum campaign during which opponents of the law loudly touted police and firefighter union protections.

The problems that progressives have identified with police collective bargaining—most prominently a lack of accountability for government workers who fail to uphold the minimum standards of their chosen professions—apply just as much in the realm of non-police government worker unionism. So it is unsurprising that, when the left-leaning Center for Public Integrity sought comment on potential police collective bargaining reforms, the heads of the major unions—the AFL-CIO, UFCW, Teamsters, SEIU, AFSCME, UAW, CWA, Unite Here, and AFT—all declined comment.

It also explains why, even as progressives call for the frankly bonkers and extremist position of “abolish the police,” 206 progressive federal legislators want to increase the power of the unions that defend the worst cops and their most inexcusable misconduct. They know that, because majorities of Americans respect uniformed public safety employees, police unions are a powerful defense of the teachers unions, civil servant unions, and federal employee unions that fund their campaigns. And they won’t throw away the shield for those powerful interests without a real struggle.