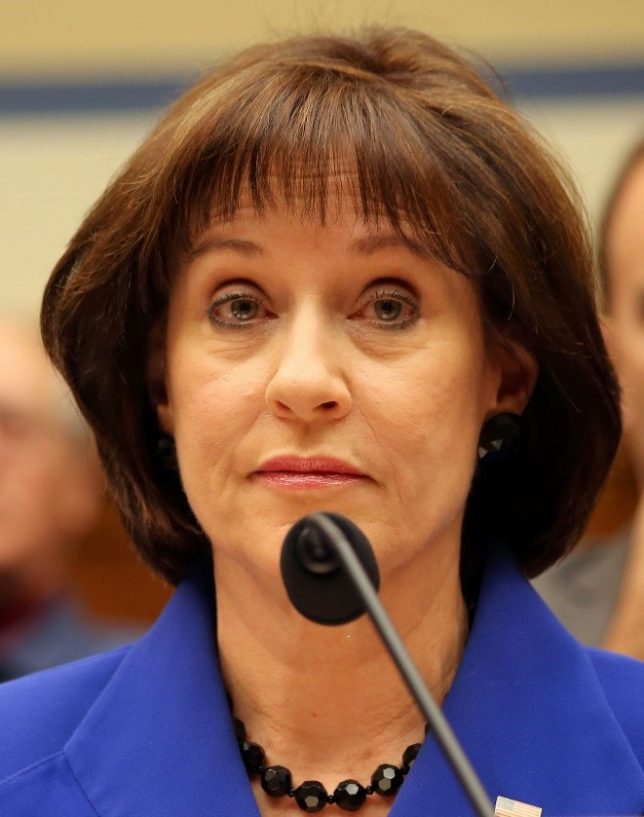 Summary: Banking millions of dollars in pay raises and bonuses for its members? Check. Corrupt officials charged with fraud and embezzlement? Check. Donations to the Democratic Party? Check. The National Treasury Employees Union has it all. But some say that the union played a key role in the IRS’s scheme to target Tea Party groups ahead of Barack Obama’s 2012 reelection campaign.

In 2012, the NTEU gave just under $584,000 to federal candidates, 94 percent of which went to Democrats and only 4 percent to Republicans. It also endorsed Barack Obama’s reelection campaign. In 2016, it spent nearly $525,000 on federal elections continuing overwhelming support to Democrats over Republicans.

NTEU’s pattern of donating to Democrats is closely mirrored by IRS employees, who donated roughly $110,000 to Barack Obama’s presidential campaigns in 2008 and 2012; in contrast, they gave $25,000 to 2012 Republican presidential candidate Mitt Romney and a meagre $6,000 to Senator John McCain’s presidential run. According to the Center for Public Integrity, two-thirds of the $840,000 IRS employees have given to federal candidates and committees between 1989 and 2012 went to Democrats and left-wing PACs.

Like many national labor unions, the NTEU has had its share of corruption. Between 2001 and 2013, ten union officials were charged with crimes ranging from embezzling union funds, wire fraud, making false statements concerning allowances and disbursements on federal labor union reports, obstruction of justice, mail fraud, and even bank robbery in the case of one president of a Michigan chapter. Nine pleaded guilty.

The NTEU is currently headed by Tony Reardon, a longtime NTEU officer who succeeded national president Colleen Kelley in 2015 after obtaining her endorsement. Reardon has been accused of promoting a “Jimmy Hoffa-level of abuse and corruption” in the union, according to IRS attorney and union member Jane Kim. Kim, who brought her case to the Daily Caller in 2016 after reportedly being ignored by federal officials, accused NTEU of “divid[ing] agency employees into a caste-like system” where those “who did the union’s bidding got special treatment, while everyone else was emotionally abused and ransacked with legal complaints if they spoke out.”

They just go around and tape-record and spying [sic] on the other employees so the union can set them up with false allegations and false charges and have them investigated.” Kim said. “They get all the favors, they don’t work, they get all the cash bonuses, they get all the promotions over the hardworking people.

Kelley, who served as president of NTEU for 16 years, strongly supported Democrats, applauding Obama’s reelection victory in 2012. The President even placed her on the Federal Salary Council, a body which recommends pay raises for federal employees. But some conservatives have accused Kelley—a former IRS agent—of helping to coordinate the IRS’s efforts to unfairly target Tea Party groups in 2010.

In early May 2013, the Treasury Department inspector general revealed that the IRS’s Exempt Organizations division, headed by Lois Lerner, used inappropriate criteria to identify and slow the approval of conservative nonprofits applying for tax-exempt status, stymying their ability to operate and fundraise ahead of the 2012 election—thereby aiding Obama and Congressional Democrats seeking reelection. The agency looked for groups with certain keywords in their names, such as “patriot,” “tea party,” and “9/12” (a reference to a right-of-center march that took place on September 12, 2009). Lerner later attempted to deflect scrutiny from the IRS’s Washington headquarters, blaming the effort instead on staffers at the agency’s office in Cincinnati, Ohio.

According to the inspector general’s report, the IRS began the scheme on April 1, 2010. The White House visitor’s log, however, showed the President met with Kelley on March 31—the day before. Jeffrey Lord, who first wrote about the discovery in the American Spectator on May 20, 2013, noted that Kelley had met with the President multiple times before. Kelley met with Obama and the First Lady on December 3, 2009.

Six days later the White House released Executive Order 13522, an order designed “to establish a cooperative and productive form of labor-management relations throughout the executive branch” by empowering “employees and their union representatives to have pre-decisional involvement in all workplace matters to the fullest extent practicable.”

Besides strengthening the position of labor unions in the federal government, the order also established the National Council on Federal Labor-Management Relations, a body whose leadership was required to include “the President of the National Treasury Employees Union”: Colleen Kelley.

The council was disbanded by Trump in October 2017, and its role in the IRS Tea Party targeting scandal is unclear. But, as Lord wrote, “the directive was a serious grant of authority within the IRS to the powerful anti-Tea Party” NTEU. That the Obama administration favored the NTEU is reinforced by the President’s nomination of Robert Tobias to the IRS Oversight Board in June 2016—a former 16-year president of the NTEU who had been appointed to the board by President Bill Clinton in 2000.

In light of Kelley’s close proximity to Obama, one obvious question remains: Was the President aware of the IRS scheme to target the Tea Party?

In the wake of the unfolding scandal, White House spokesman Jay Carney insisted that President Obama was unaware of the agency’s activity. White House counsel Kathleen Ruemmler “made the decision or judgment that it was not necessary or appropriate to inform the President of this,” Carney told reporters on May 20, 2013. Obama himself called the targeting “outrageous” and insisted the culprits “be held fully accountable.”

Shortly after the story broke, CNS News, a right-leaning website, reached out multiple times to Carney to ask if Obama and Kelley had discussed Tea Party groups during their March 31, 2010, meeting. CNS also contacted the NTEU with similar questions. Neither Carney nor the union responded.

Then-House Speaker John Boehner (R-Ohio) told journalists that “it’s pretty inconceivable to me that the President wouldn’t know” about the IRS’s activity, while the conservative website Human Events chortled that apparently “everyone at the White House knew about the IRS scandal, except the President.”

U.S. News & World Report, however, argued that the meeting between Obama and Kelley was “not a smoking gun,” and pointed out that the meeting took place in the South Auditorium of the White House, “not exactly a prime location for a private meeting.”

It’s likely we’ll never know the extent of President Obama’s knowledge of, or complicity in the scheme. Kelley herself quickly went mum, telling the Washington Post in an email: “NTEU is working to get the facts but does not have any specifics at this time. Moreover, IRS employees are not permitted to discuss taxpayer cases. We cannot comment further at this time.”

“The president made opening remarks,” the spokesperson continued. “President Kelley did not have any direct contact with the president or the first lady.”

In the conclusion of Litigious Labor in the White House, learn how the Trump administration plans to limit the influence of the NTEU.