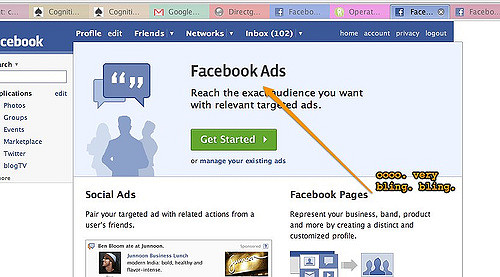 Wild, sexist advertisements. Layers of limited-liability companies to obscure origins and control. And a left-wing Silicon Valley billionaire backing the venture. That is the story laid out by Daily Beast reporter Lachlan Markay, who is unraveling the network behind a series of Facebook pages pushing liberal messaging in the run-up to the midterm elections. A number of limited liability companies registered by Tierney Lawrence LLC, a Colorado law-firm that has worked for the state Democratic Party (among other liberal interests) published sponsored Facebook pages targeted to demographic groups ranging from hardcore Trump supporters, to “bros,” to Spanish-speakers, in order to push messaging to support liberal causes and Democratic politicians.

Markay identifies a number of cross-cutting messaging tactics: Pages targeting “bros” praised Tulsi Gabbard, a left-wing Democratic U.S. Representative from Hawaii with problematic associations with the Bashar Assad regime in Syria, as a “certified C.W.I.L.F,” while pages aimed at Trump supporters and conservatives promoted liberal messaging despite obscuring their liberal leanings. (Markay noted that many Trump supporters weren’t buying it, however, and left comments objecting to the posts.)

Markay tied the campaign back to a liberal public relations startup based in Denver, MotiveAI. MotiveAI has ties to the network of liberal foundations and progressive donors which formed the Colorado Democracy Alliance credited with strengthening Democratic power in the Centennial State. The firm’s “head of story and culture,” Adam Mordecai, sits on the board of Colorado Independent, a liberal state-level news outlet funded by the Gill Foundation of software developer Tim Gill and the Bohemian Foundation of medical device heiress Pat Stryker.

So who is behind MotiveAI? Markay cites Securities and Exchange Commission (SEC) filings showing the firm has raised $11.5 million in venture capital and identifies Reid Hoffman, co-founder of social media website LinkedIn, as one of the funders. Hoffman was a close ally of Hillary Clinton, who reportedly expected a place on her transition team had she won the 2016 general election.

The story laid out shows a liberal billionaire (Hoffman’s net worth has been estimated at $3 billion) hiring a liberal public relations firm to exploit Facebook, targeting readers in a manner reminiscent of Cambridge Analytica (the controversial, now-defunct online advertising firm employed by President Trump’s campaign) or the Internet Research Agency (the alleged Russian intelligence front organization which bought Facebook ads as part of that country’s blatant campaign to undermine American democracy). What Hoffman, MotiveAI, and their front companies are doing is perfectly legal (presuming MotiveAI’s statement that all parties involved are Americans is accurate), but it’s deceptive. It’s also telling that they are willing to embrace Russia’s tactics in order to further their own interests. But that’s par for the course in America’s debased politics.