Liberals and Anti-Trumpers Resort to Hate 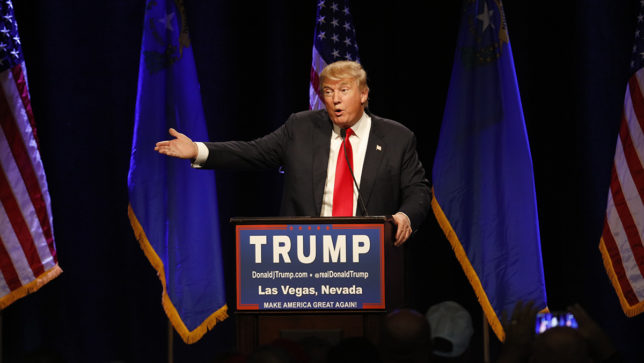 Donald Trump’s emergence—and the broad-based support underpinning it—has led many commentators to vilify the working-class Americans who see Trump as their savior.

As journalism professor Susan Milligan explains, “It all comes, experts say, from a sense—especially among older, white male voters—that the country they knew when they were younger is vanishing, taken over by racial, ethnic and religious minorities. Add to that social changes…and older white men naturally wonder what happened to the cultural identity of their youth.” She’s not alone: “Journalists found that in the counties where Trump is most dominant, there are large numbers of white high school dropouts, and unemployed people no longer looking for work,” wrote Salon’s David Masciotra. “An alliance with the incoherent personality cult of Donald Trump’s candidacy correlates strongly with failure to obtain a high school diploma, and withdrawal from the labor force.”

In other words, the Left is dismissing Trump voters as unemployed high school dropouts. (Essayist Emmett Rensin rightly described this thinking as “the smug style in American liberalism.”)

But conservative anti-Trump pundits have made similar points. “The white American underclass is in thrall to a vicious, selfish culture whose main products are misery and used heroin needles,” claims National Review’s Kevin Williamson. “Donald Trump’s speeches make them feel good. So does OxyContin. What they need isn’t analgesics, literal or political. They need real opportunity, which means that they need real change, which means that they need U-Haul.”

This kind of talk from all sides has only fueled working-class America’s frustrations further. And it’s driven a larger wedge between Washington and the rest of the country.

To learn more, read the May 2016 edition of Labor Watch here.

This blog post was adapted from the May edition of Capital Research Center’s “Labor Watch,” by Steven J. Allen.