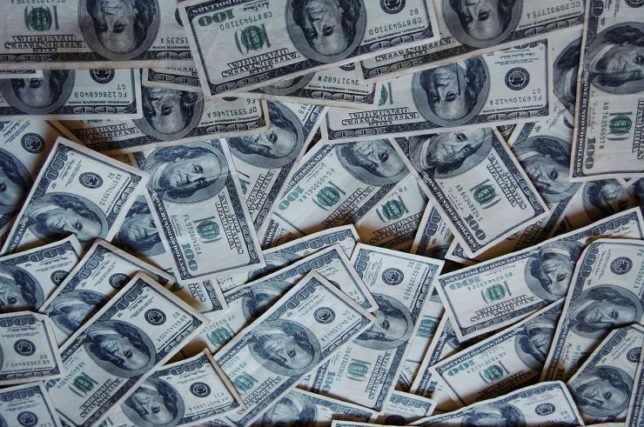 News broke recently of shadowy, left-wing nonprofit network Arabella Advisors’ plans to “carpet bomb” the 2020 election, per a new report detailing the $635 million in revenues the network boasted in 2018. But the presidential race isn’t the only focus of this merry band of barely visible left-wing funders. State races are also on the menu as part of Arabella’s plans to deploy “dark money” spending leftists once defined and then decried.

From Wisconsin to North Carolina—and several states in between—Arabella’s network of some 340 pop-up nonprofits have been busy working to influence state elections even as one of the main nonprofits under the network’s umbrella, the Sixteen Thirty Fund, has given $27 million to pro-Biden affiliated PACs in an effort to boost the Democrats’ chances in the national contest.

In fact, the profligate spending by left-leaning PACs at the state level has already seen success in Colorado and Arizona. Arabella’s added influence via what Capital Research Center president Scott Walter calls “phony groups” is intended to buttress that success.

He’s referring specifically to Arabella Advisors, which operates as a for-profit company based in Washington, D.C., and runs a nonprofit network that poured out hundreds of millions of dollars in 2018 with virtually no criticism from the money-in-politics crowd.

Much of that money was spent on ads in key states using phony groups like Arizonans United for Health Care, Floridians for a Fair Shake, and North Carolinians for a Fair Economy. The left-leaning media writes regularly on the horrors of conservative “dark money,” yet managed to miss most of the Arabella story and has reported on just one part of the vast network.

With all that influence peddling going around, mainstream media outlets must be nearly blind not to have seen at least some of it.

Especially when Arabella-aligned groups such as Trusted Elections Fund are openly working on state-based efforts to address the run up to, and fallout of, elections.

The Minneapolis Star Tribune—located in a city familiar with political battles, especially this past summer—reported that the Trusted Elections Fund was planning on raising “between $8 million and $10 million in case the pandemic leads to chaos in November . . . . The group is preparing for potential foreign hacking of state voting systems, ‘election day or post-election day violence,’ as well as contested results,” the paper noted, citing a two-page summary posted online.

“Philanthropy has a responsibility to make sure that we are prepared for emergencies that could threaten our democracy,” the summary read.

What’s becoming clearer is that while Arabella Advisors undoubtedly operates in the shadows with their hazy network of here-today-gone-tomorrow pop-ups and pass-through nonprofits, they have a great deal of help from a disinterested media as they cut their way through the national and state elections.

With a more conservative president in the White House, the American system has gotten back to some of its roots and embraced federalism. So, too, have those attacking it.

This article first appeared in Issues & Insights on September 28, 2020.

Additional hyperlinks to InfluenceWatch were added.