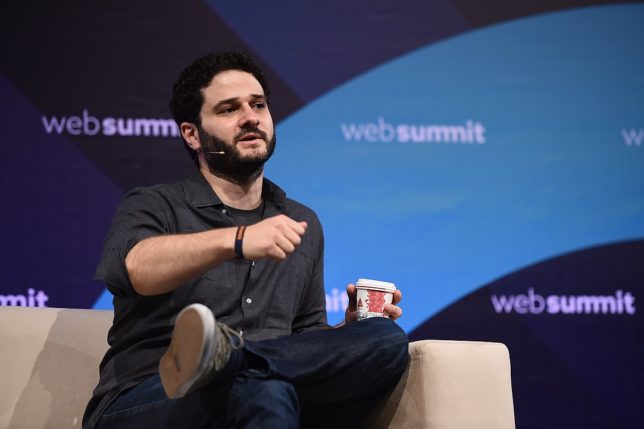 The Left has many Soroses. Sorosi? Proper spelling aside, it’s a phrase that has become a term of art, sometimes a gentle rejoinder, here at the Capital Research Center.

Perhaps more than anybody else, our researchers know that the political Left in America is bankrolled by a menagerie of philanthropically inclined billionaires like George Soros who use their millions to support the left-wing causes of their fancy. Without this ecosystem of funders, the professional activist class that keeps left-wing policy agendas afloat would crumble. Yet the headlines often give the impression that Soros alone, like a 92-year-old Atlas, is carrying the burden and pulling the strings for the Left.

This is not to downplay Soros’s influence, quite the opposite.

The brand of politically guided philanthropy created by George Soros has spawned an entire generation of like-minded left-wing billionaires following in his footsteps, each worthy of public infamy and scrutiny in their own rite. Too often, though, the deep-dark jungle of left-wing cash flows is explored only as far as the first connection to Soros. His name often serves as the highwater mark for research that might otherwise have uncovered new and revealing angles, showing how supposed “champions of the poor” are generously bankrolled by the uber-wealthy.

In weekly installments, the Living Room Pundit’s Guide to Left-Wing Billionaires will endeavor to illuminate some of the gaps in knowledge that Soros’ long shadow has created. The guide will profile the Left’s lesser-known billionaire supporters and catalogue the organizations and politicians they quietly fund.

Facebook billionaire and Asana co-founder Dustin Moskovitz is a somewhat mysterious left-wing force. Moskovitz has spent years building up his own philanthropic networks to channel money into the numerous causes he supports. Yet his influence is often forgotten in the shadows of Soros and Mark Zuckerberg, his freshman-year college roommate. (Zuckerberg will make an appearance later in this list.)

Moskovitz, a signer of the “giving pledge,” or the popular commitment by billionaires to give away nearly all their money during their lifetime, is one of many tech billionaires who views his wealth as belonging more to the world than himself. Moskovitz is the father of Effective Altruism, a strategy for philanthropy that has been described as “using evidence and reason to figure out how to benefit others as much as possible.” It’s a highly data-driven, utilitarian approach to philanthropy that seems noble at first glance. Regrettably, Moskovitz and other billionaires who have joined his Effective Altruism school of thought have concluded that the most cost-effective way to improve or save lives with effective altruism is to spend huge sums supporting big-government reforms and politicians because, as everyone knows, once the government is on board the piggy bank becomes bottomless.

Moskovitz is an extremely generous donor to Democratic PACs contributing $20 million to support Hillary Clinton in 2016 and over $40 million to support Joe Biden in 2020. As of 2022, FEC databases show that Moskovitz’s total contributions to Democrat-aligned PACs exceed $74 million. Moskovitz makes no bones about his belief that PAC contributions are part of his lifelong philanthropic commitments: “If Secretary Clinton wins the election, America will advance much further toward the world we hope to see,” he wrote in 2016.

Moskovitz’s philanthropy supports everything from cage-free chickens to housing projects, but his raison d’être of late seems to be criminal justice reform. The various wings of Moskovitz’s Open Philanthropy network have distributed over $207 million in grants for the purpose of criminal justice reform, and much of it has gone directly to organizations backing the campaigns of radical left-wing district attorneys. The Open Philanthropy grant database shows $50 million granted to the newly formed Just Impact, $22 million to the Alliance for Safety and Justice, $6.7 million to the Texas Organizing Project, $2 million to Sean King’s Real Justice PAC, and another $4.5 million to the left-wing district attorney organizing and training hub at Fair and Just Prosecution—to name just a few. Moskovitz’s Open Philanthropy network even gave generously to conservative organizations in the hopes of advancing left-wing criminal justice reform priorities, granting $993,000 to the American Conservative Union Foundation, the organizers of the Conservative Political Action Conference (CPAC), since 2016 for its Center for Criminal Justice Reform.

Moskovitz’s money has played an enormous role in the push for the soft-on-crime “defund the police” policies that have allowed crime to skyrocket in America’s cities. His grantmaking has directly affected the lives of millions of people, but few even know he exists.

Some Billionaires Are More Equal

As with the billionaires to follow in this series, Moskovitz’s largess is something rarely talked about, even though his influence is greater than that of many of the right-leaning megadonors so often dragged by the press. Moskovitz and others like him are acknowledged with a wink and a nod by the Beltway elites who take their money, but generally concealed from the general public and handled gently by the media. The left-wing activism industry is a profitable gig, and nobody wants to admit that the “sprawling grassroots networks” that keep left-wing talking points and politicians in vogue are largely funded by a handful of billionaires. As a result, the secret influencers that dominate America’s politics get to remain in the shadows.