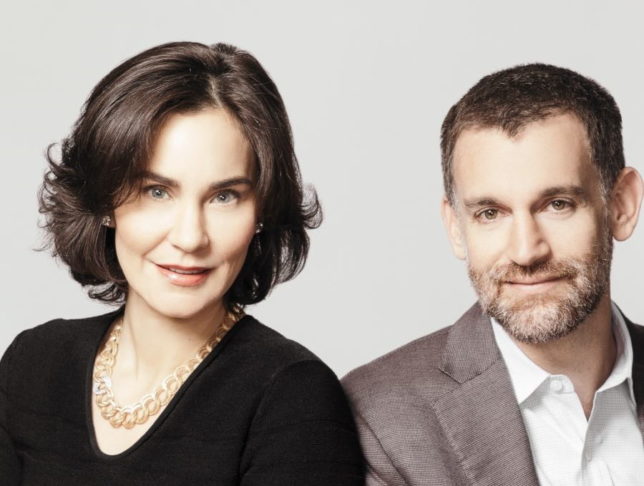 As far as big dollar donors go, John Arnold and his wife, Laura, are not well known to conservatives. Fortune magazine has called him “one of the least-known billionaires” in the country. But he should loom larger on the conservative radar considering that the two nonprofits associated with this billionaire couple poured out nearly $1 billion in grants between 2008 and 2018.

Like Tom Steyer, George Soros, and a number of other mega-donors on the Left, John Arnold earned his vast wealth as a hedge fund investor. He was an entrepreneurial kid, earning some $50,000 before leaving high school by marketing collectible sports cards in the internet’s early years.

From Hedge Fund Billionaire to Mega-Donor

Arnold entered the investment industry out of college by working for Enron, the infamous natural gas conglomerate that collapsed in 2001 following revelations of its vast accounting fraud. (Arnold was not involved in the fraud.) He reportedly earned the company $750 million the year Enron collapsed.

In 2002, he founded Centaurus Advisors with $8 million—his last Enron bonus, paid out just days before the company filed for bankruptcy—in Houston, Texas, to invest in futures, options, and derivatives for coal, natural gas, and crude oil. Centaurus entered the public eye in 2006 when Arnold bet against the enormous hedge fund Amaranth Advisors, which predicted that natural gas prices would rise and lost $5 billion when the market proved otherwise. At its peak Centaurus managed some $6 billion before Arnold closed the fund and retired in 2012 at the age of 38, establishing the Laura and John Arnold Foundation with his wife—a former oil executive—soon after. His estimated net worth is $3.3 billion as of writing.

Much of the Arnolds’ philanthropy has funded causes favored by the Left, such as ranked-choice voting, litigation against supposed Republican gerrymandering in congressional maps, and the eco-Right, groups infiltrating the conservative movement with a left-wing global-warming agenda. They have personally donated to numerous Democratic campaigns, the Democratic Party’s leading congressional political action committee (House Majority PAC), and both of Barack Obama’s presidential campaigns.

To be fair, the Arnolds are far from wild-eyed leftists. John Arnold has criticized labor unions, college tuition schedules, and the New York Times’s increasing contempt for free speech. Unlike Tom Steyer, a billionaire who earned his wealth investing in oil and natural gas and now hypocritically blames those commodities for devastating the planet, John Arnold says little about climate change. In 2018, he jokingly complained that he’s “been called the next Koch brother by the far left press and the next George Soros by the far right.”

In 2012, the Arnolds joined the Giving Pledge, an oath made by billionaires such as Bill Gates and Warren Buffett to donate at least half of their wealth. They’ve given millions of dollars to nonprofits that advocate for charter schools, anti-obesity charities, criminal justice groups aiming to reduce recidivism rates, efforts to reform government pension systems, and conservative think tanks including the Texas Public Policy Foundation and Alabama Policy Institute, both of which are members of the center-right State Policy Network.

They’ve also lavishly supported the Reproducibility Project, a science reform group formed to combat the rise of politicized, ideologically driven junk science afflicting so much research, particularly in climate science. A 2017 interview with Wired magazine characterized him this way:

Arnold says that now, unless he trusts a researcher’s work, he no longer believes the findings of any scientific study until he or someone on the staff carefully vets the paper. “A new study shows . . .” are “the four most dangerous words,” Arnold wrote on Twitter.

But what ought to concern conservatives isn’t so much the Arnolds’ giving as how they give.

In 2019, the Arnolds announced they were switching their philanthropy from its current model—a private foundation, 501(c)(4) nonprofit, and a donor-advised fund—to a single limited liability company (LLC). While this private company, Arnold Ventures, is structurally indistinguishable from any other for-profit corporation, its purpose is strictly philanthropic—but it comes with key advantages.

LLCs don’t have foundations’ 5 percent annual spend-out requirements or strict investment rules. In some cases, they may even have more favorable tax deductions when donating appreciable securities to a 501(c)(3) public charity. More importantly, private corporations may spend unlimited sums influencing elections, legislation, and political issues under the Constitution’s First Amendment right to free speech with none of the limitations on lobbying and election interference the IRS imposes upon nonprofits (in exchange for limited tax exemption).

Compared with the IRS-mandated transparency of a private foundation, 501(c)(3) public charity, or 501(c)(4) social welfare organization, private companies are black holes for public disclosure. Nonprofits must file annual Form 990 financial reports with the IRS, disclosing their revenues, employee compensation, grant recipients, and (in the case of foundations) their donors. Private, non-publicly traded companies are not obligated to do any of those things.

Of course, this new LLC model comes with the cost of losing the Arnold Foundation’s tax exemption. But compared with the benefit of near-total anonymity, wealthy elites like the Arnolds are forgoing the tax advantages of a foundation or traditional nonprofit to further withdraw from public scrutiny. Facebook founder Mark Zuckerberg and his wife, Priscilla Chan, launched a similar LLC (the Chan-Zuckerberg Initiative) in 2015, with Zuckerberg transferring some 99 percent of his shares in the social media company to the LLC—an amount reportedly exceeding $45 billion.

The Arnolds are candid about this, telling the Chronicle of Philanthropy in a January 2020 interview that the goal is “to change policies”:

When we started as solely a foundation and we had a C4 that was kind of ancillary to it, we respected the distinction and division the law requires. But as a practical matter, we grew to be so large in terms of our appetite for change in our policy areas that it just became cumbersome to have a C3 group on one side and a C4 group on the other side and having them not really be able to talk to each other. We asked ourselves, What is the point of having two separate entities?

Given our enormous appetite for policy change, and given the fact that we thankfully are not constrained by one structure, we don’t have resources channeled only to the C3. We are able to use resources in another structure. It was just a way for us to just all be under one umbrella, and everybody does what he or she needs to do in furtherance of one mission. [emphasis added]

A Bleak Future for Philanthropy?

But some experts are critical of this shift away from traditional giving, seeing in it a worrying trend in modern philanthropy. In 2019, William Schambra, co-editor of The Giving Review and a senior fellow at the Hudson Institute, pointed out that the field of 501(c)(3)s, 501(c)(4)s), and foundations—including their tax benefits as well as respective legal limitations—exists “because they are ways we’ve chosen, as a democracy, to encourage and channel charitable giving and political activism.” We circumvent them at our peril.

The legal reporting required for these categories, as annoying as it is, is how our democracy ensures that giving and political activity remain visible and accountable to the public. (It’s also the way politics and charity are meant to be kept separate and distinct, by the way.) Insofar as the LLC form allows donors to treat the categories as just so many rooms for a tiresome accounting game of hide-and-seek—the view that Arnold seems to take here—we may come to regret the growing popularity of that form among those with the largest appetites for change.

Abandoning traditional nonprofits in favor of LLCs may be the ultimate expression of donor privacy under the First Amendment, but it also means rejecting our philanthropic institutions at a time when so much of the nonprofit landscape is made up of policy groups. What does that say about American philanthropy?

The development of regulation around the philanthropic sector throughout the 20th century may have formed the modern nonprofit organization, but it only codified what had been thriving in America since before the American Revolution. In the 1830s, French writer Alexis de Tocqueville famously compared Americans’ penchant for civic “association” with that of France and England: “Everywhere that, at the head of a new undertaking, you see the government in France and a great lord in England, count on it that you will perceive an association in the United States.”

The United States is almost alone worldwide in granting tax deductions for charitable donations (Sweden also enacted such a policy in 2019), which were established with the Revenue Act of 1917. In 1934, Congress set limits on lobbying activities for charities followed by limits on other political activities in the 1950s. Form 990s and Section 501(c) of the U.S. Tax Code were created in 1954, followed by rules governing private foundations in 1969. The IRS strictly regulates foundations and nonprofits engaged in political work, such as lobbying and voter registration. Foundations and 501(c)(3) public charities are barred from electioneering.

Far from arbitrary, this body of regulation—which Schambra is certainly right to call “annoying”—codifies a common understanding between Americans and their government: Philanthropy is crucial for a healthy civil society. Bothersome bureaucracy notwithstanding, tax exemption and tax deduction are tangible benefits that acknowledge that compact. In exchange for forgoing those revenues, the government requires a certain standard of public accountability for nonprofits, delivered through public disclosure of annual Form 990 filings and limits on political activities.

Constitutionalists would add that the entire relationship is hedged in by the First Amendment’s guarantee of free speech, lest disclosure rules encompass an individual’s right to support lawful causes of their choosing without facing public backlash for holding unpopular opinions. The extent of that individual’s ability to freely support causes may be magnified by using an LLC instead of a nonprofit, but it also further blurs the already faded line between philanthropy and politics. Does anyone really believe that charity is better off when only experts can distinguish between the two?

Arnold Ventures will likely fund the same formula of political and charitable causes that the Arnold Foundation supported. But consider the ramifications of a Soros Ventures, or Steyer Ventures, or Buffett Ventures—limited liability companies that could field virtually unlimited resources to lobby on foreign policy, abortion rights, illegal immigration, or health care, with almost no public transparency. Far from simple charity, that’s a recipe for plutocracy.