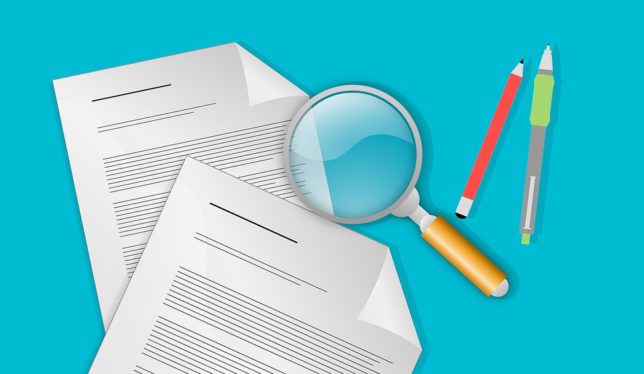 Speaking of the IRS—in 2012, the IRS’s own Advisory Committee on Tax Exempt and Government Entities (ACT) published a report that recommended changes to the rules governing fiscal sponsorship.

The IRS describes ACT as an “organized public forum” that “enables the IRS to receive regular input on the development and implementation of IRS policy concerning” tax exempt bodies. As noted on the IRS website, ACT members are selected by the IRS Commissioner and subsequently appointed by the Department of the Treasury. They serve seven-year terms, during which they “provide observations about current or proposed IRS policies, programs and procedures, and suggest improvements through a yearly final report.”

The 2012 report from ACT included a recommendation that “[t]he IRS should coordinate with the Department of the Treasury and the Office of Chief Counsel on the issuance of precedential guidance about the use of tax-compliant alternatives to the creation of new Section 501(c)(3) organizations, such as fiscal sponsorships and donor-advised funds.”

The report cites an interesting justification for its position. It contends that many civic groups opt to go through the time and expense of setting up formal 501(c)(3) organizations “without exploring possible alternatives that might be more appropriate in light of their goals and objectives.”

Examples of this mentioned in the report include: “organizations created to receive memorial contributions or to raise funds for a specific short-term project—such as providing assistance following a local disaster, or construction of a new playground or dog park.”

In arguing for the issuing of more formal guidance “on the appropriate use of fiscal sponsorship arrangements,” the report further points out that “the only precedential IRS guidance in this area has to be gleaned from a 1966 revenue ruling [which] is more than 45 years old, [while] in the intervening decades fiscal sponsorship arrangements have become a significant part of the Section 501(c)(3) landscape.”

Most of the guidance in this area comes from a book published at the behest of several Section 501(c)(3) organizations in California that recognized both the potential for abuse and the need for guidance in this area. From a tax compliance perspective, it would be useful for the IRS to issue precedential guidance in the area of fiscal sponsorship, and such guidance could be incorporated into educational information for new organizations about a legally permissible alternative to seeking exemption.

(The full report is available here.)

While authoritative statistics about the usage and popularity of fiscal sponsorship are not readily available, there is anecdotal evidence suggesting that some of the practices described in the ACT report are indeed widespread. On May 9, 2014, the American Bar Association Tax Section’s Exempt Organizations Committee held a meeting in Washington, D.C. A transcript of the meeting was published in August 2014 by the Exempt Organizations Tax Review. During a panel discussion entitled, “Navigating the Exempt Organization Process,” attorney James Joseph of the prestigious law firm, Arnold & Porter, observed the following:

The thing that we’re seeing the most of is a greater use of fiscal sponsorship and preapproved projects. I mean, we’ve seen a bunch of groups, certain groups that are active in a particular area, you know. So you have an environmental group, someone is thinking of starting a new environmental nonprofit, and instead of starting a new one, they go in and they might prepare their 1023 and file it, but in the meantime, they have a fiscal sponsorship.

And I’ve had, you know, a handful of ones that even once they end up getting their own exemption application, they’re finding that the fiscal sponsorship arrangement is working just fine. And I’ve had one now that’s been like six or eight months after they got their application approved, they’re still part of the fiscal sponsorship because they don’t want to set up their own back office, they don’t want to set up all this admin stuff. And the existing fiscal sponsor doesn’t want to do just that part of it out a concern of generating UBIT. You know, they’re not in the business of just providing admin support to other nonprofits.

[Note: Unrelated Business Income Tax or “UBIT” refers to taxes owed on money earned from activities undertaken by a tax-exempt group that are not related to its tax-exempt purpose.]

Interestingly, James Joseph served on the IRS’s ACT committee from 2009 to 2012.

This article began with a quote from Gregory Colvin, and it is appropriate in closing that we return to his writings on fiscal sponsorship. Arguably no one has done as much, for as long, as Colvin has to help non-profit leaders understand the potential and the limits of fiscal sponsorship’s applicability.

Interestingly, the 2nd edition of Colvin’s book closes with this gentle but unmistakable caution:

We also hope for continuing efforts to elevate the legal and ethical standards of conduct among fiscal sponsors and projects, and the quick identification and elimination of disreputable practices. As we have seen in other parts of the charitable world, when bad practices emerge unchecked, the pattern of exposure in the mass media, litigation and legislative remedy often distorts and complicates the beneficial work done by public-spirited leaders.

Whether it is Colvin, or the IRS’s Advisory Committee on Tax Exempt and Government Entities, or the questions raised by the information available in 990 forms filed by the Tides Center or New Venture Fund, it’s clear beyond a shadow of a doubt that aspects of current practices around fiscal sponsorship need formal clarification and examination.

De Toqueville wrote: “In no country can the law foresee every eventuality…” Where fiscal sponsorship is concerned, this point has clearly been reached, and now is the time for the applicable regulations to be sensibly and intelligently adjusted.