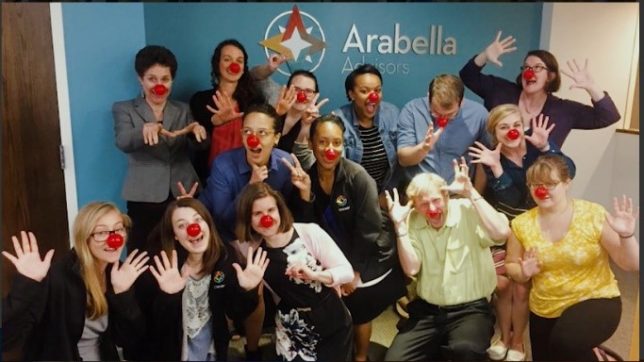 To illustrate some potentially problematic applications of the fiscal sponsorship concept, this report will look at some specific nonprofit organizations that are acting as sponsors on a scale that is unique. These groups are outliers compared to typical fiscal sponsors, which act on a much more modest, much more locally-oriented scale.

In examining these groups, we begin with some premises that have been helpfully articulated by Michael Hartmann, Senior Fellow and Director of the Center for Strategic Giving at the Capital Research Center: “Should we be questioning aspects of how the broad concept of fiscal sponsorship is currently being used? We certainly should. But let me be clear—the important matters at play here do not necessarily hinge on imputing any particular set of political beliefs to fiscal sponsors.”

Hartmann went on to say:

The operative issues are much more basic. For example, in acting within the current rules around fiscal sponsorships, some organizations appear to have created what could fairly be described as “profit centers,” given the sums of money involved, by offering their 501(c)(3) status on what looks like a for-hire basis. Rather than focus on the ideologies of fiscal sponsors, however, the question we should be asking is: are these lucrative profit centers consistent with the organizational purposes of a 501(c)(3) having tax-exempt status in the first place?

The financial benefit to the specific organizations that are mass-producing sponsorships is clear, as their 990 forms demonstrate. The wider benefit to the public—for whose benefit the tax-exempt status is supposedly conferred—is arguably not clear at all.

With that in mind, let’s look at the first example.

Of the many long tentacles of the sprawling Tides organization, the Tides Center is one of the most visible. It offers fiscal sponsorship services and goes into some detail about the kinds of arrangements and support it offers. In the center’s own words:

What does fiscal sponsorship at Tides cost? [Emphasis added.]

For the comprehensive suite of acceleration services that Tides provides, including financial management, legal framework, and capacity-building support, social ventures pay only nine percent (9%) of their annual revenue.

A well-run independent nonprofit can expect to spend between 20-30% of annual revenue on administrative and overhead expenses. Tides Center fees are in line with other fiscal sponsors practicing similar models of fiscal sponsorship.

After the first year of activity, projects that exceed $1 million in operational activity can qualify for a reduced fee for revenue that exceeds $1 million.

The fee for all funding from government sources is fifteen percent (15%). The fee is higher for this type of funding because government grants entail significantly more auditing and reporting services.

Finally, projects need to be involved in the Tides Risk and Insurance program and reserve a minimum of two thousand one hundred dollars ($2,100) of gross annual revenue per year for operating liability. Projects are evaluated annually for increased exposure and fees may be adjusted.

Readers will note the reference in the above to “Tides Center fees” for fiscal sponsorship. How is this stream of revenue accounted for in Tides Center’s filings? The 990 form that Tides Center must complete and file with the IRS breaks its revenues down into various streams—“contributions and grants,” “investment income,” “other revenue” and “program service revenue.”

In Part VIII of the Form 990 filing, organizations must further qualify the “program service revenue” per IRS requirements using the “Business Activity Codes” listed on the website of the North American Industry Classification System (NAICS). NAICS provides a useful shorthand for businesses (and in this case tax-exempt groups) to describe their activities using officially-standardized reporting codes.

For example, a tax-exempt trade association that produces and provides regularly-updated training manuals to its members and earns revenue from that activity might code that revenue as “511120,” for “periodical publishers.”  A nonprofit that offers training programs and derives revenue from those programs could code those funds “611600”—“schools and instruction.” Conferences that offer educational content, in comparison, are coded “611710,” otherwise known as “noninstructional services that support educational processes.”

Per IRS guidance when completing this part of the 990: “If none of the listed codes, or other 6-digit codes listed [by NAICS] accurately describe the activity, enter 900099. Use of these codes does not imply that the business activity is unrelated to the organization’s exempt purpose.”

Year in and year out, based on the 990s reviewed for this report, Tides Center codes its program service revenue as both “900099” while also labelling it “related or exempt function revenue.” From 2009 to 2017, a cumulative $96 million was reported in this way by Tides Center. (For almost all other organizations, that would be huge—but it’s small change for Tides Center which, for 2017 alone, reported revenues exceeding $152 million, expenses totaling more than $124 million, and net assets of nearly $100 million.)

Clearly, the IRS is trying to strike a balance between the administrative simplicity created by following the NAICS coding, versus creating an unfair administrative burden on tax-exempt groups when filing returns by requiring them to self-define sources of revenue. We’ll come back to this issue after reviewing a second example of industrial-level fiscal sponsorship in action.

For another perspective on the revenue fiscal sponsorship may be generating for some organizations, we can turn to the fiscal sponsors aligned around a for-profit consultancy called Arabella Advisors.

As CRC’s Hayden Ludwig has written, Washington, D.C.-based Arabella Advisors “advises wealthy clients on what it calls ‘strategic philanthropy,’” which invariably “involves philanthropic investments to left-leaning causes and organizations. The firm hosts four such Funds [Hopewell Fund; Windward Fund; Sixteen Thirty Fund; and New Venture Fund] sporting benign names . . . Together, these four groups earned a staggering $417 million in 2016, according to their latest tax filings.” Each of these funds acts as a fiscal sponsor. (See Ludwig’s article on Arabella in Issue #2, 2019 of Capital Research Magazine.)

Let’s look more closely at the activities of one of these funds—the New Venture Fund. In a memo dated January 2018, and issued under New Venture Fund letterhead, and apparently shared with prospective supporters, New Venture Fund laid out an effort to raise $6.5 million “in 501(c)(3) support” to aid “the Safety Net Defense Fund Project.” The project was created after the 2016 elections by Center for Community Change and the Center on Budget and Policies, in partnership with New Venture. Its goal is to “defend the key anti-poverty programs that comprise our nation’s safety net,” according to the memo.

This dense, eight-page memo includes guidance about the proposed strategy the project will implement to achieve its goals, which include forms of support for the coordination of “grassroots voices and leaders and/or diverse allies and coalitions” in a 25-state campaign to defend various entitlement programs. Toward the end of the memo, a summary budget appears, with one item labeled “Fiscal Sponsor Fee” in the amount of $300,000, as part of the $6.5 million total budget.

We can only guess what specific services are behind this fee—perhaps assistance from New Venture to hire staff or contractors, as desired, including to assist with fundraising and communications. Perhaps New Venture will reach out to its national network of partners, donors, etc. to grow the campaign; and, of course, all necessary financial reporting/compliance assistance.

With the memo in mind, let’s review what New Venture has posted regarding fiscal sponsorship on its own website. The following text appears on a New Venture webpage labelled “Project Incubation”:

The New Venture Fund works exclusively on projects that we believe will address a pressing social need. We work with donors and social entrepreneurs to quickly begin delivering on their charitable missions while managing accounting and maintaining compliance through a fiscal sponsorship.

In trying to determine how much money New Venture brings in through fiscal sponsorship, we run into some of same difficulties as with Tides. In the section of its 990s where New Ventures breaks down its revenue, it has consistently described a portion as “Consulting Revenue” (coding it “900099”)—about $15.6 million between 2009 and 2016.

Again, that’s small change for New Venture. During the same time-period, for perspective, it reported more than $39 million in consulting fees paid to Arabella Advisors. If you include the three other fiscal sponsorship nonprofits that are part of the Arabella orbit, the total fees paid to Arabella exceeds $42 million between 2009 and 2016.

Considering Tides and New Venture and their use of the 900099 codes, one wonders if the IRS ought to assign a new reporting code that could be used specifically to reference revenue from fiscal sponsorship. It sounds like a minor change, but it could make a huge difference in terms of providing a clearer picture of the scale of specific organizations’ fiscal sponsorship-related revenues and allow for easier aggregating of the total associated revenue across the broad non-profit sector generally.

In the conclusion of Inside Fiscal Sponsorships, learn about ways small reforms can increase transparency for fiscally sponsored projects.