Democratic governor Tom Wolf and the teachers’ unions are out of step with the mainstream consensus. 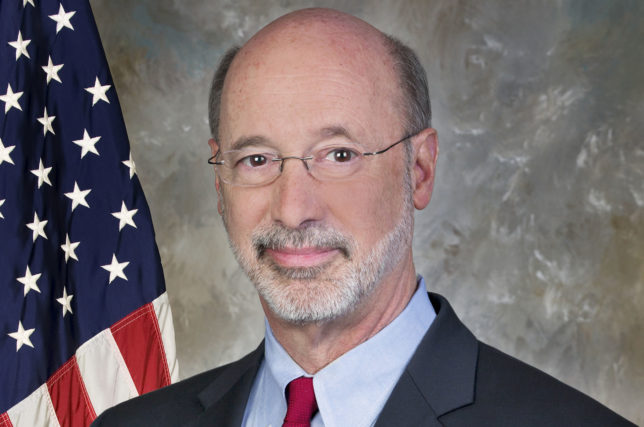 Pennsylvania lawmakers are poised to put Governor Tom Wolf, a Democrat, on defense for his opposition to new school-choice legislation. Republicans aim to offer better schooling options to some of the state’s neediest students. Meanwhile, Wolf and his union benefactors, who mouth support for improving education outcomes, seek to block choice-based solutions at every turn.

The Pennsylvania State Education Association (PSEA), which describes itself as an organization devoted to “student-centered teaching and learning,” contributed more than $1.5 million to Wolf during his successful reelection effort in 2018. The PSEA has made significant campaign contributions not just to Wolf but to other Democratic-party candidates and officials in recent election cycles. Like Wolf, the PSEA is also on record opposing the latest in a series of school-choice initiatives that would empower parents and students to break from the orbit of failing public schools.

With roughly 181,000 members, the PSEA, an affiliate of the National Education Association (NEA), is the largest public-employee union in the state and a potent political force. Wolf was the top recipient of PSEA campaign contributions from 2010 to 2018, receiving $865,000. The American Federation of Teachers (AFT), the second-largest teachers’ union in the country, is also a major player in Pennsylvania with more than 36,000 members statewide. The AFT contributed $700,000 to Wolf in 2018.

. . . In its resolutions and public pronouncements, the PSEA makes it clear that it take its cues from the NEA, which is opposed to any form of school choice, be it public or private.

Influence Watch, a project of the Capital Research Center in Washington, D.C., notes that the “NEA is a major political player, with its associated political action committees contributing nearly $143.5 million to federal candidates and committees — 97 percent of which supported Democrats and liberals from 1990 through February 2019.” In a similar vein, campaign records show that in the past 26 years the PSEA has contributed more than $14 million to Democrats and just over $3 million to Republicans.

To overcome the unions’ grip on public education, lawmakers will need to firm up their political will. They should be encouraged by recent polling that shows union leaders are out of touch with the broad cross-section of Americans who support school choice.

By advancing parent-supported education reforms such as HB 1800, lawmakers will test the governor’s appetite to defend failing school districts at the behest of teachers’ unions. With Pennsylvania a key swing state for 2020, and given that some political analysts see Wolf as a potential vice-presidential candidate, the effects of Pennsylvania’s school-choice battles could ripple far beyond the Keystone State.

The full article was posted on NationalReview.com on December 17, 2019.