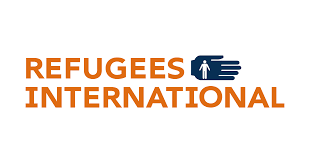 Refugees International, a left-of-center advocacy group, has criticized a new executive order from the Trump Administration aimed at curbing human trafficking. Eric Schwartz, the group’s president, did not so much criticize the executive order itself as much as he criticized President Trump’s other immigration policies and the way they affect trafficking victims’ ability to gain legal status in the United States.

Capital Research Center takes no official position on human trafficking policies nor do we proclaim ourselves experts on such matters. But we are experts in the way left-wing activists don’t receive remotely the same scrutiny as conservatives do. Conservatives who enter public policy debates can expect the press to immediately root out their donors and their political associations and suggest the conservative advocates are some sort of shills, but as this Refugees International case reveals, the process is quite different for advocates from the left side of the spectrum.

In the Wall Street Journal’s report on the new Trump policy, for example, Refugees International was identified simply as “a humanitarian organization that advocates for displaced people.” In fact, the group has many interesting connections to persons and organizations noted more for their politics than their humanitarianism. For example, the powerful left-wing billionaire George Soros is an emeritus board director, which any reporter could see from just a glance at the group’s website. Soros has also contributed a substantial amount of money to Refugees International: since 1999, his Open Society Foundations have donated over $900,000, and his Foundation to Promote Open Society has donated $1.1 million since 2009.

Less well known but no less political is Michael Madnick, who has been on Refugee International’s board since at least 2013. He was for years the treasurer of the Sixteen Thirty Fund, which is part of the Arabella Advisors network that includes several other left-of-center nonprofits such as the New Venture Fund and the Hopewell Fund. Together these nonprofits sent Refugees International $3,040,000 in 2018.

Sixteen Thirty is notorious as one of the biggest “dark money” operators in all of American politics. It poured $141 million into the 2018 midterm battles and has been criticized by left-of-center outlets like Politico and the Washington Post editorial board.

Refugees International has also received modest financial support from the Cultures of Resistance Network, a left-wing foundation with a taste for radical grantees like CODEPINK.

So, if you’re Eric Schwartz at Refugees International, you can have worked in multiple Democratic Administrations, you can be linked to a $635 million-per-year “dark money” empire like Arabella Advisors, and you can boast of your connections to a political mega-donor like George Soros, and still the national press will describe your group as a “humanitarian organization” that apparently lacks any political leanings at all. It is, to borrow the words of Schwartz himself, “ironic and depressing.”