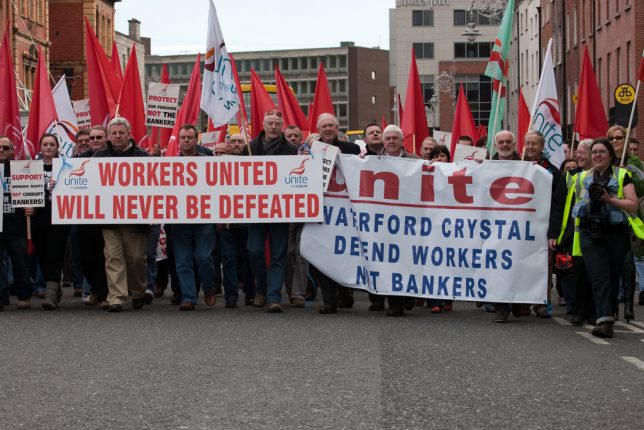 In a hearing today on Capitol Hill, the House Committee on Education and the Workforce is considering three bills to support employee rights and reduce union power. They are:

• The Workforce Democracy and Fairness Act, which would reverse Obama-era National Labor Relations Board rules that give unions an unfair edge in organizing elections by shortening the campaign period and allowing “micro-unions” to represent small numbers of employees;

• The Employee Privacy Protection Act, which would allow employees whose workplaces were holding a unionization election to opt-out of union spam emails, house visits, or telephone calls; and

• The Employee Rights Act, which would make numerous substantive reforms to union operations, including requiring opt-in consent for politics-related dues, setting periodic recertification elections to determine if employees still support the union, and banning the “card check” procedure for union elections by requiring a secret-ballot election to organize a union.

All of these measures would help ensure that unions cannot abuse their position to funnel dues money to their chosen legislators. Congress needs to reverse the decisions of the National Labor Relations Board, which was stacked in favor of union power by President Obama, and President Trump must swiftly appoint individuals who are focused on protecting the rights of all employees —those who choose to be in a union and those who don’t — to the Board’s two vacant seats. Congress should also pursue fundamental labor reform, ideally modeled on the Employee Rights Act.

CRC’s Dr. Steven J. Allen has noted the undemocratic abuses many labor unions heap upon their members, despite being created to enforce “majority support.” Many workers are arbitrarily forced to join a union and pay dues, and even more workers are silenced by internal voting systems that discount their opinions in favor of the opinions of the union’s partisan leaders.