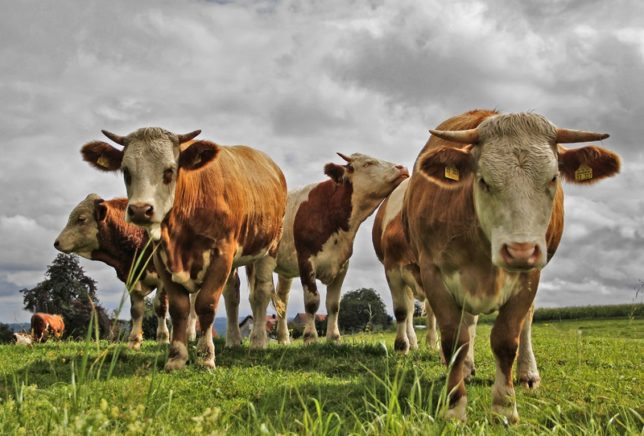 The share price of stocks in retailer GameStop (GME) crashed back toward Earth in early February, reversing a fake and brief run-up aimed at vandalizing a hedge fund that had a short position on GME. Short selling—borrowing an investment and betting it will go down in value before you owe it back—is extremely dangerous. In order to spot and crush a rare failure in an overall market that averages at least 10 percent gains annually, hedge funds (institutional short sellers) must be run by highly-trained, risk-crazed experts, often armed with sophisticated computer models.

Even those experts, such as the hedge fund hit with the GME short squeeze, can get crushed. Any one bet might yield losses that exceed not just what was budgeted, but literally more than the total net worth of the fund or individual.

Mere amateurs who play in this traffic are certain roadkill.

Mrs. Clinton switched from betting on rising cattle prices—taking a “long” position—to betting that the market would fall, or selling “short.” . . . she took a very large short position in cattle futures, selling them three weeks later in mid-July for a quick profit of almost $25,000.

The InfluenceWatch profile of former President Bill Clinton covers the couple’s brief but truly extraordinary amateur career as sometime-short-sellers in the commodities markets:

In October 1978, as First Lady of Arkansas while Bill Clinton was the governor, Hillary Clinton invested $1000 in the commodities futures market and over the course of nine months made a profit of nearly $100,000 ($386,000 in 2019 dollars). When a New York Times report revealed this in March 1994, the newspaper reported that Hillary Clinton had done it with the “advice of a friend who was the top lawyer for one of the state’s most powerful and heavily regulated companies.” The Times identified Hillary’s confidant as Jim Blair, then a top lawyer for Arkansas poultry giant Tyson Foods.

White House spokesman John Podesta denied any wrongdoing in the matter on behalf of the Clinton White House: “Mrs. Clinton put up her own money, invested it in her own accounts, and assumed the full risk of loss.” He also accused the mainstream media of manufacturing a conspiracy: “Hillary and Jim were friends. He gave her advice. There was no impropriety. The only appearance is being created by the New York Times.”

An investigation published in the Journal of Economics and Statistics calculated the odds against such an investing success at 250 million to 1. (The odds against winning the multi-state Powerball grand prize are roughly 292 million to 1.) A futures market expert interviewed by Newsweek compared Hillary Clinton’s investing performance to competing as an Olympic figure skater one day after lacing up skates for the first time.

Hillary Clinton and Jim Blair both identified Robert “Red” Bone as the commodities broker who placed the trades for Clinton.

The Washington Post revealed that Bone was later accused by regulators of “allocating” trades. Allocating is a process whereby a broker waits until the results of a trading day are known, and then decides—after the fact—which clients made the winning and losing bets.  Allocating is sometimes used to secretly transfer large amounts of money from one individual to another, where a donor wishing to hide the transfer of money reports a trading loss, the intended recipient of the secret donation records a gain, and a cooperating broker fills in the official paperwork to make the transaction appear as two supposedly unrelated trading decisions.

A lawyer representing Bone was interviewed by the Los Angeles Times in 1994 and said that while Bone had admitted to the Chicago Mercantile Exchange that he improperly allocated trades, he never received complaints from any of his clients about unfair treatment.

See the InfluenceWatch profile of Bill Clinton for the rest of this section on the couple’s amazing investment talent, and more on the remarkable history of the Clinton presidency.