When it comes to “green” business, the “self-made man” makes his fortune with your money 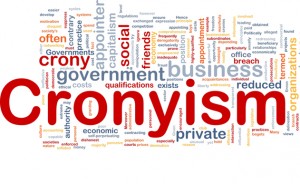 Summary: Part of the American Dream was that, with talent and hard work, any person has the opportunity to achieve financial success through the free-market system. Today, however, free markets are being replaced by government regulation and favoritism, and capitalism is being replaced by “crony capitalism.” Increasingly, it’s your connections that matter. Cases in point: Jeffrey Immelt of General Electric, and Elon Musk of Tesla Motors.

Americans love capitalism. Only pot-smoking Marxists and flea-infested Occupy Wall Street types could oppose an economic system that has built the middle class and made the United States the richest nation ever to inhabit Planet Earth.

What Americans don’t love—what they, in fact, loathe—are well-connected crony capitalists who make millions by picking taxpayers’ pockets. These poseur capitalists have turned capitalism into its very opposite. Real capitalists don’t take bailouts or corporate welfare, or suck from the government contract teat. Real capitalists get rich by providing goods and services that benefit us all. That’s good for them, and good for us.

But all that good goes up in smoke when business and government become bedfellows.

Crony capitalism—I call it crapitalism—has forced us to subsidize goods and services that we don’t need or want. And it has allowed the rich and famous to become even more rich and famous at our expense. Most disturbing, it’s turned the law on its head by creating two classes of citizens: those who benefit from crony connections and those who don’t.

Apparently, most Americans agree with that assessment. In an April 2014 Rasmussen poll, 32 percent of American adults said the United States has a system of free market capitalism, while 31 percent (a statistical tie) said our present system is crony capitalism. Another Rasmussen poll, in January 2014, found 63 percent of likely U.S. voters believed most government contracts are awarded to the company with the most political connections, rather than to the one that provides the best service for the best price; only 25 percent disagree and believe most government contracts go to the company that provides the best service for the best price. When people were asked about income inequality, they said the solution was less government involvement in the economy, not more, by a margin of about two to one (59 percent versus 33 percent). In an earlier Rasmussen poll, reported in February 2011, 68 percent said government and Big Business work together against the rest of us.

I define a crony capitalist, or crapitalist, as a well-connected friend of the-powers-that-be who makes lots of money at taxpayers’ expense. From bagging millions in tax dollars for phony “green energy” companies or glitzy sports stadiums, to using little-known tax credits and loopholes to loot $1.5 billion a year for Hollywood movies, crony capitalists know every trick to enrich themselves at the expense of other Americans. Rather than playing in the rough-and-tumble world of business competition, they use government to rig the game in their favor; they stack the deck to privatize their profits and socialize their losses.