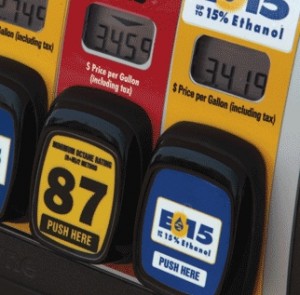 The bipartisan disaster called the Renewable Fuel Standard (RFS) has all the usual characteristics of bureaucratic central planning: It features unrealistic (actually, impossible) goals, hidden taxes and regulatory burdens, and costly “unintended” consequences, and it’s carried out by anonymous, unelected, unaccountable government officials. Meanwhile, RFS reduces the mileage of motor vehicles, funnels money from consumers to well-connected “crony capitalists,” raises the price of food for the world’s poor, destroys rain forest and wetlands, and expands a dead zone the size of Connecticut in the Gulf of Mexico. It was supposed to make us more energy independent. It was supposed to protect the environment, yet it is responsible for converting millions of acres of wetlands and wildlife habitat to corn plantations. Even the “greens” have turned against it. And, like many a horror-movie villain, it’s immortal. … Or is it?

The Renewable Fuel Standard program was created by the Energy Policy Act of 2005, at a time when Republicans controlled Congress and the White House, and expanded by the Energy Independence and Security Act (EISA) of 2007, with Democrats in control on Capitol Hill. Both parties are responsible for the policy disaster that is the RFS.

The RFS requires that certain volumes of biofuel—corn ethanol, biodiesel (from vegetable oil and animal fat), and so-called advanced biofuel such as cellulosic ethanol (from wood, grass, and inedible parts of plants)—must be blended into motor fuels sold in the United States. A throwback to Soviet-style central planning, the RFS is a textbook study in the law of (supposedly) unintended consequences. Administered by the Environmental Protection Agency (EPA), the program has significant environmental downsides, it inflates food and fuel costs, and it is increasingly unworkable, producing regulatory uncertainty rather than a predictable marketplace.

The original energy-security and “climate science” rationales underpinning the program are dated and, indeed, have been exposed as false. A system of corporate welfare and involuntary servitude, the RFS violates the Constitutional principle of equality under law.

When enacted in 2005 and expanded in 2007, the RFS program was wildly popular among opinion leaders. In the abstract, who doesn’t like the idea of replacing “dirty” fuels imported from “unstable or hostile regions” with “clean, home-grown” energy supplied by American farmers? President George W. Bush championed the program’s creation and expansion. So did Democratic congressional leaders, and candidates seeking to win the Iowa caucuses, the critical first-in-the-nation presidential campaign contest held in the heart of corn country.

Even oil companies paid lip service to the idea, supporting RFS at first, seeking perhaps to “green” their image or failing to [Click HERE for the full article]