Through a Glass, Greenly 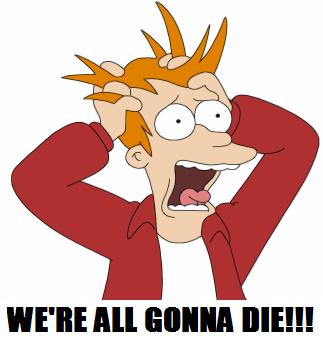 In 2015, much of the news media promoted the beliefs of “green” activists, with little regard or outright disdain for legitimate science and for the views of opponents of environmental extremism. From the Kitzhaber scandal … to the claim that Warming skeptics are akin to Nazis … to the literal cheers by reporters for a Paris Treaty that benefits the privileged and hurts the poor… here is a sampling of media bias on the environment.

Editor’s note: How bad is news media bias on environmental issues? So bad, it’s hard to imagine how it could be worse. It seems that a typical reporter for a major newspaper or TV network lacks the scientific knowledge and reasoning ability of a smart fifth-grader. To illustrate that point, we asked our colleagues at the Media Research Center, a watchdog group that exposes media bias, to provide Green Watch with examples, adapted from MRC publications in 2015, of “green” distortion in news and commentary. –SJA

Networks silent about ‘green’ nature of Kitzhaber corruption scandal
By Julia A. Seymour
February 20, 2015
[For the results of our investigation of the Kitzhaber environmental scandal, see the November, December, and January issues of Green Watch.]
It’s the job of a reporter to answer all the basic questions in a news story. Telling the who, what, when, where, why is foundational. Yet the broadcast network news media omitted key details from reports on the ethics scandal that led to Oregon Gov. John Kitzhaber’s resignation.

ABC, NBC and CBS admitted Kitzhaber and his live-in fiancée, Cylvia Hayes, are both under federal investigation because of “allegations” she “used their relationship to benefit her energy consulting business.” In fact, Cylvia Hayes has a very specific kind of energy consultancy: a green one.

But the only mention of “green,” in any of the network reports was Hayes’ admission she once took money from a man who wanted a green card marriage. By ignoring what Hayes does for a living, the networks shielded the green movement they have so often promoted in broadcasts.

The networks repeatedly omitted “green” or “clean” from their descriptions of Hayes role in the ethics scandal choosing ambiguous terms like “energy business” and saying “new questions have surfaced about whether his first lady Cylvia Hayes tried to leverage their relationship to make money from firms hoping to do business with the state.”