Today, more than 1.2 billion people around the globe do not have access to electricity. Hundreds of millions of others struggle with unreliable power. Power outages in­terrupt factory production, students walk to airports to read under the lights, and schools and hospitals lack vital electrical power.

As part of his climate change initiative announced in June, President Obama declared, “Today I’m calling for an end of public financing for new coal plants overseas unless they deploy carbon capture technologies, or there’s no other viable way for the poorest countries to generate electricity.”

Restrictions on financing will reduce the supply and increase the cost of electrical power in developing nations, thereby pro­longing global poverty. The World Bank has followed Obama’s lead. Although for decades it has provided hundreds of millions in funding to coal-fired projects throughout the developing world, in July it announced it will provide “financial sup­port for greenfield coal power generation projects only in rare circumstances.”

Also in July, the Export-Import Bank de­nied financing for the proposed Thai Binh Two coal-fired power plant in Vietnam after “careful environmental review.” While 98 percent of the population of Viet­nam has access to electricity, Vietnamese consume only about 1,100 kilowatt-hours per person per year, about one-twelfth of United States usage. Electricity consump­tion grew 34 percent in Vietnam from 2008 to 2011. The nation needs more power and international funds for coal-fired power projects, yet Western ideologues try to prevent Vietnam from using coal.

By restricting loans to poor nations, the President, the World Bank, and the Export-Import Bank will raise the cost of electricity in poor nations and prolong global poverty. In most markets, coal is the lowest-cost fuel for producing electricity. According to the International Energy Agency, world coal and peat usage in­creased from 24.6 percent of the world’s primary energy supply in 1973 to 28.8 percent of supply in 2011. By comparison, electricity generated from wind and solar sources supplied less than one percent of global needs in 2011.

The cost of electricity from natural gas rivals that of coal in the United States, thanks to the hydrofracturing revolution. But natural gas remains a regional fuel. Natural gas prices in Europe are double those in the U.S. and prices in Japan are triple. Until the fracking revolution spreads across the world, the lowest cost fuel for electricity remains coal.

Despite our President’s endorsement, carbon capture technologies are far from a proven solution for electrical power. Ac­cording the U.S. Department of Energy, carbon capture adds 70 percent to the cost of electricity. In addition, huge quantities of captured carbon dioxide must be trans­ported and stored underground, adding additional cost. No utilities currently use carbon capture on a commercial scale.

President Obama has stated, “countries like China and Germany are going all-in in the race for clean energy.” But China and Germany are huge coal users and usage is increasing in both nations. More than 50 percent of German electricity now comes from coal as coal fills the gap from closing nuclear plants. Today, China consumes more than 45 percent of the world’s total coal production.

Steve Goreham is executive director of the Climate Science Coalition of America and author of The Mad, Mad, Mad World of Climatism: Mankind and Climate Change Mania. A version of this article appeared in The Washington Times. 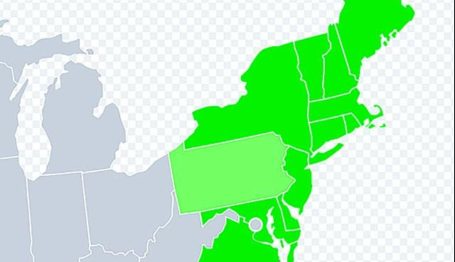