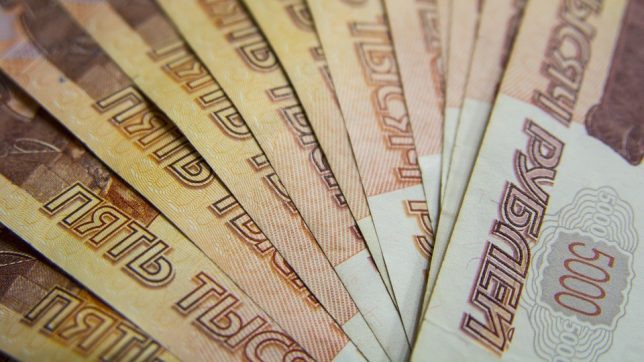 In 2006, then-FBI Director Robert Mueller visited Romania, where he praised Minister of Justice Monica Macovei and her anti-corruption efforts. His comments marked a major public relations victory for Macovei because her tactics had recently fallen under intense parliamentary scrutiny. Mueller also advised 33-year-old Prosecutor General Laura Codruta Kovesi—recently appointed at Macovei’s behest—that “the capability to intercept phone calls and the legal ability to use them in court” represents “an essential tool” in fighting corruption.

The financial support that the U.S. State Department accords to anti-corruption efforts in Romania and other Eastern European countries does not stem from philanthropic generosity. When the Christian Science Monitor dug under the story’s surface, it found that the policy fits tightly into the broader ongoing power struggle in the region between the U.S. and Russia. U.S. Ambassador to the Czech Republic Andrew Schapiro emphasized the geopolitical aspect of the aid:

Keeping Russia Out of Romanian Business

American direct aid to Romania wound down when the country entered the EU. Concerned though that Russia would use Romanian oligarchs to gain a foothold in the economy and turn back the country’s anti-corruption fight, U.S. Ambassador Nicholas Taubman stressed the need for the U.S. government to continue to support anti-corruption efforts. He suggested it do so by placing “small grants with USG cost-sharing into the hands of grassroots civil society builders,”—in other words, NGOs.

Taubman’s concerns were not misplaced. In the mid-2000s, growing Russian power monopolies built on bribery and extortion presented a genuine concern for Romania and the rest of Eastern Europe. But any hope that Macovei’s crackdown on corruption (meant to placate the European Union) might curb Russian oligarchs’ forays into the country failed spectacularly.

Krasner previously worked as a senior executive with Marc Rich Investment Ltd. In 1983, the U.S. had sentenced Rich on 65 criminal counts, which included buying oil from Iran while it held U.S. hostages. President Bill Clinton controversially pardoned Rich on his last day in office, sparing the billionaire a lifetime prison sentence. Krasner’s scruples, however, surpassed what Rich’s outfit would tolerate. After only working for the firm for two years, the Marc Rich Group sued Krasner for millions of dollars in damages for fraud.

Vitaly Maschitskiy had made his fortune largely in oil, gas, and timber, benefitting immensely from Russia’s post-communist privatization. Shortly after he and Krasner met, they set their sights on the Romanian aluminum industry. The Romanian government, anxious to qualify for World Bank funding under its Private Sector Adjustment Loan Agreement, was highly susceptible to underselling ALRO, the largest producer of aluminum primary products in Eastern Europe.

A London court case revealed that, in order to hide their Russian roots, the Russian businessmen allowed the U.S.-based Marco International Corp (MIC)—which Rich co-founded—to negotiate the deal with the Romanian government. They called it “Project Vostok,” or the “Eastern Project.” Through their network of consultants, they lobbied Romanian government officials, investment banks advising the Romanian government, and the World Bank, to both sweeten and speed up the deal. Their strategy paid handsome dividends.

MIC created a British shadow company, Marco Acquisitions Ltd., and acquired control of the energy supplier Conef, which already held part ownership of ALRO and Alprom SA, a producer of finished aluminum products. A short while later, Maschitskiy’s company acquired the majority of shares in both. ALRO then bought a majority stake in Alum Tulcea, Romania’s only aluminum refinery.

“So, I started investing there and gradually acquired control over Romania’s whole aluminum industry,” bragged Maschitskiy to Interfax in 2014.

The SRI suspected Maschitskiy of using ALRO as leverage to obtain long-term contracts at below-market energy prices to then sell the excess electricity on the open market.

Maschitskiy and Krasnov’s phone conversations suggested that they funneled a “bribe through “Trump” to convince “the Captain” to approve a cheap energy deal. Băsescu then sent an urgent message to “the Pilot,” or Şereş, to solve the problem, “not just in the interest of the Government, but in the interest of the people.” The deal allowed ALRO to purchase energy directly from Romania’s hydroelectric plant at half the normal price, providing it a major advantage over competitors.

In an interview in February 2007, Şereş wondered if anyone had informed the president of the €4 million ($5 million in 2005 dollars) given to one of the president’s advisers to secure the deal.

Băsescu, for his part, had no love for Gazprom. He once accused the Russian giant of “being more efficient than the Red Army in making Europe dependent on Russian resources.” But he defended his decision to instruct Şereş to approve ALRO’s request because ALRO officials told him that they only received around 75 percent of the energy needed for the year, and had to pay bribes to get the rest. By approving the request, he was simply acting in the nation’s interest—helping a large employer get its product to market.

Covering up Corruption With Anti-corruption

Based on the previous incriminating phone conversations, Ciprian Nastasiu—a prosecutor with Romania’s Directorate for Investigating Organized Crime and Terrorism (DIICOT)—opened a new case specific to ALRO. He received a one-month warrant on June 2, 2007, from Romania’s Supreme Court to intercept the Russians’ conversations and those of multiple actors close to Băsescu. When Nastasiu notified the SRI, the agency refused to carry out the order. When he informed the Supreme Court of the situation on July 2, the Justices promptly issued an extension. The following day, however, Nastasiu was informed that he had been taken off the case and demoted to a post on the other side of the country.

Angela Ciurea, the next prosecutor to take the case, also probed too close to the palace. After she placed top government officials under surveillance, General Prosecutor Kovesi called her into her office. Livid, she demanded to know why Ciurea hadn’t informed her before obtaining a warrant for those individuals, one of whom was a close friend of Kovesi’s.

Ciurea too soon found herself demoted, and bullied into resigning shortly thereafter. Three years later the Supreme Court granted her appeal and deemed her demotion without cause. She had already vowed, however, never again to work for the Romanian government

The DIICOT deputy director who took the case after Ciurea found the government slightly more cooperative. A few months later, however, he went into early retirement at age 56—an act that required the president’s signature.

Kovesi finally moved her personal assistant over to DIICOT to handle the matter. He closed the case in January 2010, less than two months after Băsescu narrowly won reelection.

In April 2007, Gazprom secured long-term access to Romanian gas shipping facilities by signing supply contracts with companies Romgaz, Transgaz, and Conef. The Conef contract alone provided for selling the country up to 42 billion cubic meters of gas through 2030 at a price classified as a “commercial secret.”

In 2011, the newspaper Cotidianul reported that ALRO had enjoyed a 230 percent profit increase over the previous year. It also paid over 200 percent less per megawatt-hour than the average citizen for electricity.

In 2014, after safely retiring, DIICOT prosecutor Eugen Iacobescu claimed the ALRO case contained a mistake. The Russian businessmen had paid those who lobbied the president €10 million in bribes, not €4 million.

In Part 10 of “George Soros’ Romanian Ghosts,” we investigate the “Balkans outpost” of the U.S. State Department in Romania.