From a Public Good to a Political Agenda 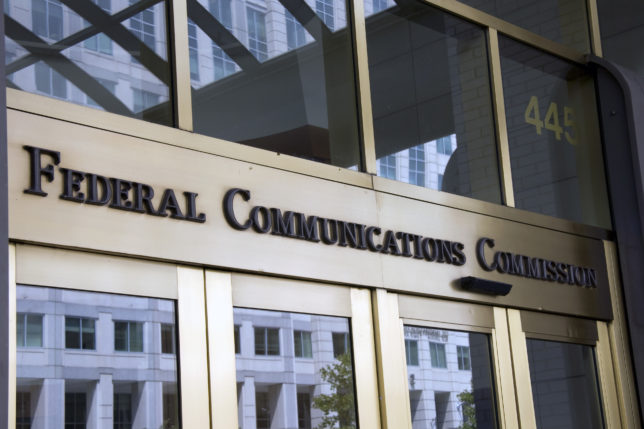 For over a decade an innocent-looking network of five public broadcasting nonprofits—known as Voqal—exploited a loophole in FCC regulations allowing them to sell to the public, enabling them to fulfill a less altruistic purpose.

Based in Longmont, Colorado, Voqal is a 501(c)(4) organization with regional subsidiaries based in Chicago, Denver, Portland, and Twin Cities, which operates as an Educational Broadband Service (EBS) licensee under an archaic set of FCC rules from 1963. EBS licensees are given control over frequencies originally meant for educational television broadcasting in schools, which were later adapted to facilitate broadband internet.

The intention behind the EBS was to preserve certain broadcasting wavelengths for educational use, rather than commercial purposes. But in the past 12 years, Voqal has profited from a deal with the telecommunications giant, Sprint.

In 2005, Voqal found itself bleeding cash and without donors. It reported losses of over $6,000 that year. To avoid eventually going under, Voqal needed to find a source of revenue, and fast, but to do so it would stray very far from the path of strictly educational endeavors.

Voqal agreed to lease the use of 95 percent of their government-granted spectrum for private use. Voqal’s IRS filings show that the deal was a multi-million-dollar buyout of roughly $45 million in the first year alone, spread between Voqal and its four subsidiaries. Since 2006, Voqal and its four-member organizations have received nearly $109 million in royalties from Sprint, building the nonprofit’s total assets to six times their 2005 levels. To maintain its status under the EBS, Voqal then uses the funds it generates from the sale to support “educational” causes, but even Voqal admits that it “embraces a broader view of education” than is typically accepted.

According to its latest IRS filing, Voqal spent just $80,000 dollars on education-related projects in 2017, such as providing schools and students with free internet. But that pales in comparison to the millions of dollars that Voqal has spent on overtly political issues in the same year.

For example, in 2017, Voqal granted $100,000—$20,000 more than they spent on education programs the entire year—to Missouri Jobs With Justice, a left-wing 501(c)(4) advocacy group dedicated to raising the minimum wage in Missouri. Neither Voqal nor its subsidiaries have any connections to the state of Missouri. In fact, the larger portion of the $3.2 million that Voqal spent on grants during 2017 went to sundry 501(c)(4) organizations scattered across the country, none of which fall into the category of traditional education organizations.

Most of the groups, as FCC Commissioner Brendan Carr observed in a tweet, appear overtly political. From smaller liberal groups like Arizona Wins or Washington Won’t Discriminate, to left-wing giants like the Sixteen Thirty Fund and Tides Advocacy Fund, Voqal made grants to a seemingly random consortium of groups from coast to coast. But this motley crew of grant recipients does have one thing in common: the Democracy Alliance.

This means that through Voqal, millions of dollars generated from the manipulation of a government educational program have financed a group that has been called a “vast liberal conspiracy,” and an “extra-party political machine” by Politico.

Voqal is also a member of the Funders Committee for Civic Participation, a collection of elite left-wing donors, foundations, and non-profits that direct hundreds-of-millions toward mobilizing Democrat voters every year.

On top of this, the president of Voqal, John Schwartz, appears to use Voqal to fund his own pet project, Free Speech TV. Schwartz founded the openly socialist TV station in 1995, as part of an effort to expand the range of available left-wing media outlets. Since 2007, Voqal has made annual grants of around $1 million to Public Communicators, the nonprofit group that operates Free Speech TV.

Some of the channel’s programming includes Democracy Now!, a talk show hosted by avowed socialist Amy Goodman and left-wing pundit Juan Gonzalez; a segment named “Brunch with Bernie” featuring Sen. Bernie Sanders (I-VT); and Gay USA, a program that keeps viewers up to date on the latest news affecting the LGBTQ community.

Even though education does not seem to be a priority to Voqal, Schwartz makes sure that his paycheck is. Voqal’s 2017 IRS filings indicate that during that year the group paid $920,000 in “management fees” to a for-profit company called EBS Support Services. EBS Support services, is a Colorado based LLC founded by Schwartz. According to Voqal’s IRS filings, EBS Support Services pays Schwartz over $200,000 per year. In addition, Voqal’s four subsidiary groups pay large management fees to EBS Support Services as well, with the total fees paid in 2017 alone totaling just over $2 million. That’s 25 times the amount Voqal reported spending on “educational projects.”

Schwartz’s shady dealings do not appear to have gone unpunished, however, since just yesterday on July 15, Voqal announced that its longtime COO, Adam Miller, would be stepping up to take on a greater role at Voqal. According to Voqal, Miller will now be managing the day-to-day operations of the group while Schwartz maintains a now-sidelined role as president. This announcement came on the very same day as the FCC’s deadline for a report from Voqal detailing their educational activities, or lack thereof, in order to determine whether they were abiding by EBS rules.

Voqal doesn’t limit its activism habit to grantmaking, however. Voqal itself has engaged in activist projects of its own on more than one occasion. For example, one of Voqal’s projects, Mobile Citizen, operates the “Street Ready Program,” which offers 100 percent free one-month rentals of portable internet hotspot devices to qualifying nonprofits specifically for the purpose of facilitating the livestreaming of protests and rallies. According to Voqal’s 2018 annual report, the program was developed in 2017 in response to the demand for internet access in airports by left-wing immigration activists and lawyers seeking to undermine the Trump administration’s temporary ban on travel to the United States from certain dangerous countries to address national security concerns.

Since March 2019, Voqal has published  seven official letters expressing strong opposition to new FCC proposals to open up EBS frequencies to commercial use, demanding that the FCC “keep EBS educational” because “successful public-private partnerships have been encouraged in this band for 30 years.” By successful, one must imagine they mean “lucrative” because, as mentioned above, Voqal and its affiliates have raked in over $100 million in royalties from its deal with Sprint.

Since Voqal performs minimal educational activities anyway, that $100 million could easily have gone to federal and state coffers if the FCC auctioned off EBS spectrums to telecommunications companies long ago. Instead, EBS rules allowed Voqal to pocket the money and funnel it to support their ideological agenda. This is not something said often within conservative circles, but given Voqal’s minimal commitment to actual education (and this is a one-time-only exception), it’s likely that the government, and not a private entity, would have put that $100 million to better use.

Ironically, now that the FCC has threatened to take away its cash-cow, Voqal has engaged in one of its first truly educational projects to date: educating the public about how important it is that the group be allowed to preserve the status quo—at taxpayers’ expense.