Fourth of July: Some Observations from Alexis de Tocqueville 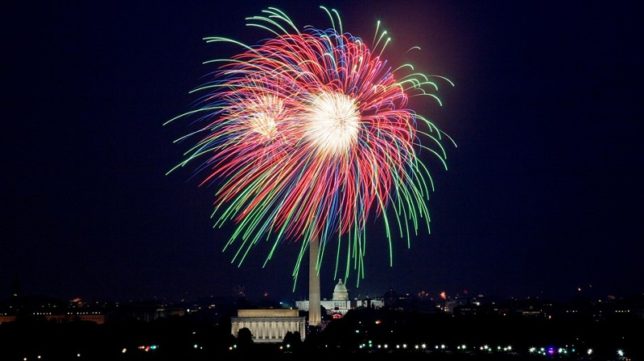 Among Alexis de Tocqueville’s many perceptive observations of the emerging American republic in 1831 are his thoughts on Americans’ unique ability to organize themselves to accomplish things, without the guidance or interference of government and the role this vibrant civil society plays in strengthening and defending democratic governance against enemies domestic and foreign. 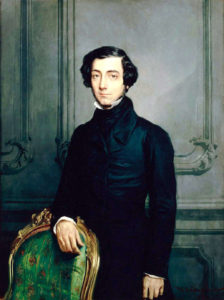 Here are some selections from one small chapter of his masterpiece Democracy in America that may have relevance in the current troubled times:

Americans of all ages, all conditions, and all dispositions, constantly form associations [in civil life]. They have not only commercial and manufacturing companies, in which all take part, but associations of a thousand other kinds—religious, moral, serious, futile, extensive, or restricted, enormous or diminutive. The Americans make associations to give entertainments, to found establishments for education, to build inns, to construct churches, to diffuse books, to send missionaries to the antipodes; and in this manner they found hospitals, prisons, and schools. If it be proposed to advance some truth, or to foster some feeling by the encouragement of a great example, they form a society. Wherever, at the head of some new undertaking, you see the government in France, or a man of rank in England, in the United States you will be sure to find an association. I met with several kinds of associations in America, of which I confess I had no previous notion; and I have often admired the extreme skill with which the inhabitants of the United States succeed in proposing a common object to the exertions of a great many men, and in getting them voluntarily to pursue it. I have since travelled over England, whence the Americans have taken some of their laws and many of their customs; and it seemed to me that the principle of association was by no means so constantly or so adroitly used in that country. The English often perform great things singly; whereas the Americans form associations for the smallest undertakings. It is evident that the former people consider association as a powerful means of action, but the latter seem to regard it as the only means they have of acting.

Thus the most democratic country on the face of the earth is that in which men have in our time carried to the highest perfection the art of pursuing in common the object of their common desires, and have applied this new science to the greatest number of purposes. . . .

Nothing, in my opinion, is more deserving of our attention than the intellectual and moral associations of America. The political and industrial associations of that country strike us forcibly; but the others elude our observation, or if we discover them, we understand them imperfectly, because we have hardly ever seen anything of the kind. It must, however, be acknowledged that they are as necessary to the American people as the former, and perhaps more so. In democratic countries the science of association is the mother of science; the progress of all the rest depends upon the progress it has made. Amongst the laws which rule human societies there is one which seems to be more precise and clear than all others. If men are to remain civilized, or to become so, the art of associating together must grow and improve in the same ratio in which the equality of conditions is increased.