Gold Into Dross: Colluding With the Left 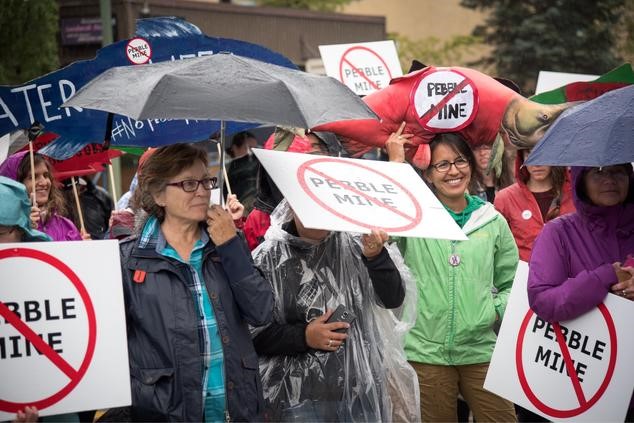 Pebble Mine Protesters
by Ned Mamula

Government agencies have officials known as “inspectors general,” who are in charge of investigations of wrongdoing. Often, they are called “watchdogs.” The Pebble Partnership, the state of Alaska, and other parties asked for a review of the Pebble case by the EPA’s Office of Inspector General.

Specifically, the purpose was to investigate allegations of bias, predetermination of outcomes, inappropriate collusion with special interest groups and other process abuses, all with respect to EPA’s BBWA, and the subsequent regulatory action to preemptively veto the Pebble Project under Section 404(c) of the Clean Water Act.

While acknowledging significant “scope limitations” in EPA’s review and subsequent report, the OIG concluded that it “found no evidence of bias in how the EPA conducted its assessment of the Bristol Bay watershed, or that the EPA pre-determined the assessment outcome.” It did find, however, that an EPA Region 10 employee may have been guilty of “a possible misuse of position.”

But several previous investigations of EPA conduct at Pebble contradict the OIG Report. The House Committee on Oversight and Government Reform found “that EPA employees had inappropriate contact with outside groups and failed to conduct an impartial, fact-based review of the proposed Pebble mine.”

Former U.S. Senator and Secretary of Defense William Cohen said his investigation “raise(s) serious concerns as to whether EPA orchestrated the process to reach a pre-determined outcome; had inappropriately close relationships with anti-mine advocates, and was candid about its decision-making process.”

After EPA published its internal review of the BBWA process, the Pebble Partnership in January 2016 countered with its response to EPA’s OIG report. It is the Pebble Partnership’s view that the OIG investigation into EPA misconduct was so narrow as to distort the reality of the agency’s actions. Further, it is Pebble’s view that the “possible misuse of position” cited by the OIG regarding an EPA employee in Alaska underestimates the seriousness of agency misconduct.

This view also holds a single individual responsible, despite evidence that senior EPA staff at Region 10 (Seattle) and at headquarters in Washington, D.C., were aware of and complicit in inappropriate activities.

A cursory review of the scope of the OIG investigation demonstrates why it was unable to expose EPA misconduct with respect to subsequent BBWA efforts to veto the Pebble Project. More than 100 EPA employees played a role in the agency’s efforts to preemptively veto Pebble, but the OIG only reviewed emails for three EPA officials. And despite the close collaboration of dozens of anti-mine activists in EPA’s actions at Pebble, the OIG only reviewed emails from one of these individuals.

But the OIG only reviewed EPA emails through May 2012! During two-and-a-half years of activity unexamined by the OIG, EPA issued two more versions of the BBWA including its final report, conducted multiple disputed peer review processes, and initiated their preemptive 404(c) veto.

One of the EPA officials was found to have no emails available for review during a 25-month period within the OIG’s already limited 52-month window of investigation. Also, the OIG did not seek to recover any emails the three identified EPA officials may have deleted prior to the onset of its investigation. Rather than review all retrieved emails, the OIG utilized undisclosed search terms to further narrow the scope of its review. Finally, the OIG did not seek records from the private email accounts of EPA officials, this despite evidence that private email accounts were used to conduct government business, a practice contrary to all federal employee protocols.

Despite its wide-ranging and potent investigative authority, the OIG issued just one subpoena with respect to its Pebble review. That subpoena, issued in August 2015 by a federal judge was directed at Phillip North, previously mentioned, who played a central role in the BBWA study. Not only did North ignore the subpoena, he is further suspect for 25 months of missing email records. Meanwhile, the OIG did not see fit to subpoena records or testimony from any of the anti-mine activists known to have collaborated closely with EPA in its efforts to veto Pebble. In fact, to force investigation of EPA actions by the OIG, Pebble Partnership reviewed more than 50,000 documents received via Freedom of Information Act (FOIA) requests, and submitted a total of 19 letters spanning 214 pages and appending nearly 600 exhibits.

The FOIA requests addressed a wide range of concerns about EPA actions, presented corresponding evidence, and called upon the OIG to utilize its subpoena powers and other authority to more fully investigate EPA actions at Pebble. While the OIG Report finds no evidence of bias or predetermination of outcomes with respect to the BBWA, it provides no findings at all on a large number of other important matters. Nor does the OIG Report comment on the evidence provided by Pebble Partnership in raising its concerns.

Important issues raised by the Pebble Partnership but ignored by the OIG Report include the following:

The OIG report found one instance of “possible misuse of position” with respect to the actions of Philip North who served as technical lead for the BBWA and was a central figure in the agency’s consideration of the 404(c) veto. This finding is in relation to North’s use of a private email account in 2011 to coordinate with an anti-mine activist in the preparation of a tribal petition that has since been cited by EPA as the sole catalyst for its BBWA study and preemptive 404(c) regulatory action.

The OIG report declared that North acted alone in this collusion, and that the “employee’s supervisor told us that he was not aware that the employee had taken such an action.” However, the OIG fails to note the many other substantive interactions North had with anti-mine activists or the extent to which this collusion was known throughout the agency. For example:

Finally, the EPA Office of Inspector General’s review and findings of agency actions with respect to Alaska’s Pebble Project are so narrow as to materially distort the true story of what happened. Congress has authority to provide oversight for inspectors general where an inspector general fails to uncover or report clear misconduct on the part of an agency. 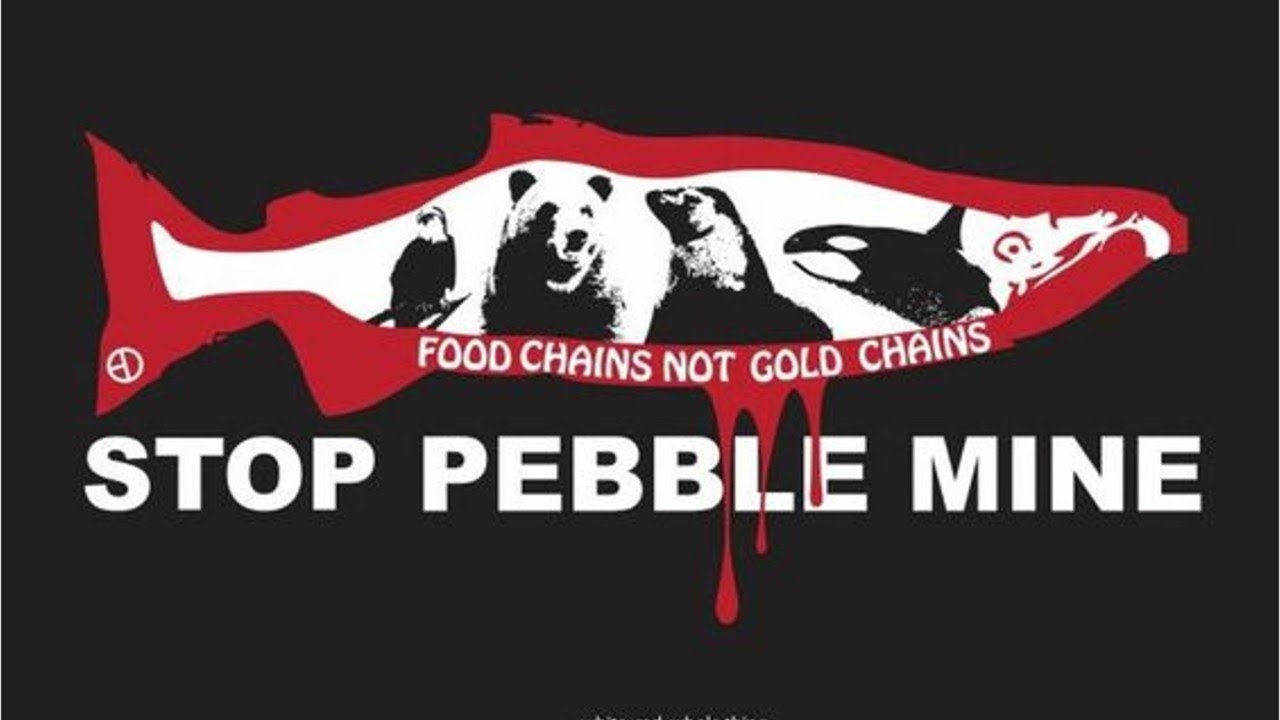 The legal discovery and deposition process drags on and on after the original EPA veto in 2010. Seven years have elapsed without the NEPA process being invoked.

It was generally expected that the new Trump Administration would be more favorable to Pebble. But the first salvo came from Congress. It took the form of February 22 message from the House Committee on Science, Space and Technology to the new EPA administrator:

The Committee recommends that the incoming administration rescind the EPA’s proposed determination to use Section 404(c) in a preemptive fashion for the Pebble Mine in Bristol Bay, Alaska. This simple action will allow a return to the long-established Clean Water Act permitting process—along with NEPA—and stop attempts by the EPA to improperly expand its authority. Moreover, it will create regulatory certainty for future development projects that will create jobs and contribute to the American economy.

On May 12, 2017, Pebble’s parent company (Northern Dynasty) and the EPA at last reached a settlement which paves the way for the implementation of the NEPA. This agreement followed a separate April 2017 agreement with the State of Alaska’s Department of Natural Resources that approved the land use permit needed by Northern Dynasty to conduct reclamation and monitoring activities at the Pebble site over the next 12 months. The Pebble Mine proposal has now been rerouted to the level playing field called NEPA law.

Looking back over the convoluted saga of Pebble, one aspect stands starkly highlighted: EPA manipulated the process, ignoring standards of scientific integrity. However, EPA can still intervene even after the Corps of Engineers makes its decision on Pebble’s environmental impact statement.

Thus the future of the Pebble project is still at the mercy of the political process, mostly in places like Washington, D.C., far, far away from Alaska and its people.