Consulting for the Left: Tentacles of Influence 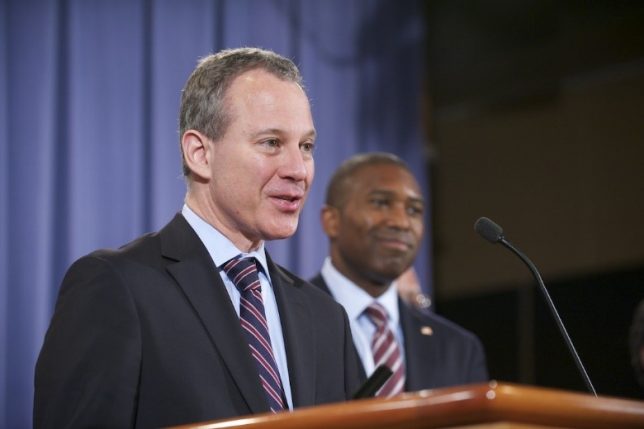 In addition to its work for de Blasio, de Blasio-related entities, and labor unions, BerlinRosen has hired out to numerous liberal groups across the issue spectrum. Politicians as far afield as Eugene, Oregon have received the benefit of BR’s five borough-bred experience, as have a smattering of liberal-aligned corporations elsewhere. According to the New York Times, the progressive donor consortium Democracy Alliance is another well-known BerlinRosen client.

BerlinRosen’s work for nominally independent liberal groups intersects closely with its work for labor unions. The National Employment Law Project (NELP), a left-wing think tank which marches in lock step with labor unions and the Fight for $15 crowd, is also a BerlinRosen client. In 2015, NELP paid BR $146,794, a disbursement that led to controversy after it emerged that the latter had helped NELP and Seattle Mayor Ed Murray release a particularly partisan study: In substance, this study covered up the negative effects of the $15 per hour minimum wage Murray had championed, despite being flagged as detrimental in another city-commissioned study.

BerlinRosen has other powerful clients in New York beyond Mayor de Blasio’s office. The most notable is perhaps State Attorney General Eric Schneiderman (D), once Valerie Berlin’s boss. Schneiderman has maintained a relationship with the firm since 2010, when he retained BerlinRosen to support his first successful campaign for Attorney General.

The firm’s octopus-like tentacles of influence, however, reach across the country to the Left Coast. Joshua Skov, an unsuccessful candidate for the Eugene, Oregon city council hired the firm in 2016.

Green Party Presidential candidate Jill Stein’s connection to BerlinRosen has already been briefly mentioned, but is worth an in depth analysis: In the 2016 U.S. presidential election, BR handled press related to the Green Party candidate’s recount efforts in Michigan, Wisconsin, and Pennsylvania, all states which had been won narrowly by Republican candidate Donald Trump.[i] BerlinRosen effectively circulated Stein’s claims that the election was “tarnished by the use of outdated and unreliable machines.”[ii] According to Federal Election Commission records, Stein’s campaign paid BerlinRosen $252,834 for this bit of misinformation.[iii]

BerlinRosen has done work for many liberal-positioned corporations with business before New York political bodies. Most notable has been the short-term lodging brokerage AirBnB. This internet dependant and regulation-chary company hired BR to launch Super PAC attacks on Republican members of the New York State Senate who opposed an AirBnB expansion in New York City.[iv] BerlinRosen has also been employed by law firm Cohen Milstein Sellers and Toll, known for their work with labor unions.[v]

Through its highly effective and lucrative work for left-wing New York politicians, labor unions, and liberal advocacy organizations, BerlinRosen serves as a crucial messaging mouthpiece for the American left. But the consulting firm isn’t just a labor of left-leaning love: BerlinRosen has made its founders rich and powerful along the way. Valerie Berlin, Jonathan Rosen and other executive level operatives at the firm have become key influencers in national labor policy and major players in New York City politics.