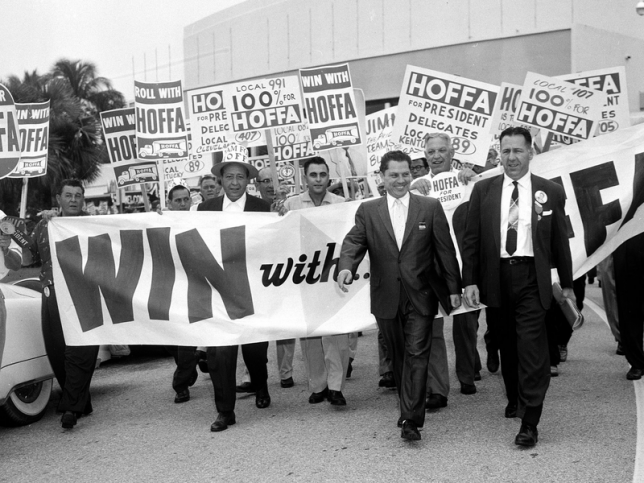 John Coli, Sr., a former local union boss of the International Brotherhood of Teamsters, was indicted on federal extortion charges for allegedly threatening “work stoppages” and worker unrest unless he was paid $100,000 in cash from a Chicago business.

Coli’s position as president of Teamsters Joint Council 25 granted him responsibility for over 100,000 workers in the Chicago and northwest Indiana region. Coli, notes the Chicago Tribune, has political ties to former Obama administration official and Chicago mayor Rahm Emanuel as a donor and supporter of Emanuel’s campaigns.

Coli’s indictment further reinforces the Teamsters’ public image as a corrupt and crime-ridden organization. The well-connected Coli family has been involved in several corruption controversies, including at least one dismissed racketeering lawsuit. In 2015, Coli was accused of nepotism for paying exorbitant legal fees to the law firm where his son is a managing director for representing his union. Similar allegations have been made against the Coli family since at least 1993.

Teamsters unions have a long history of crime and criminal leadership, such as Dave Beck and James “Jimmy” Hoffa. Former U.S. attorney general Robert F. Kennedy (in the 1960s) and then-assistant U.S. attorney general Rudy Giuliani (in the 1980s) led the most successful attempts to rein in the Teamsters’ widespread wrongdoings; and in 1989, a federally imposed consent decree creating intra-union ballot reforms granted the government extensive control over the union.

As Politico and the Wall Street Journal note, however, the Obama administration undid the consent decree, and worked to minimize such government supervision over the Teamsters, much to the union’s glee.

Writing for CRC’s Labor Watch, Carl Horowitz documents the seedy political activities of the Hoffa dynasty and other Teamsters-related crimes. The union, Horowitz notes, has an extensive record of influencing politicians to craft pro-union legislation stretching back decades.