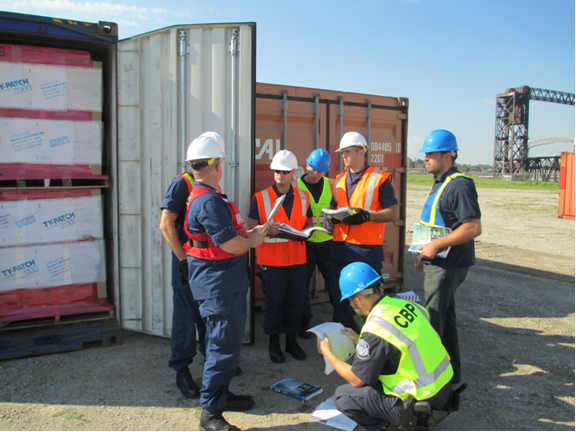 Capital Research Center gratefully acknowledges the assistance provided by OpenTheBooks.com in compiling federal grant data for fiscal year 2017, which provided the impetus for this research. This piece is the fourth in an occasional series exploring the funding of nonprofit organizations by the federal government.

A little-known $10.5 million Department of Labor training grants program funds organizations affiliated with major, politically involved national labor unions. Worst of all, the program duplicates obligations already placed on employers by regulation, is not proven effective, and ties up resources that might be better used elsewhere.

Under the 1970 Occupational Safety and Health Act — the law that created the Occupational Safety and Health Administration (OSHA) as part of the Department of Labor — most private sector employers have an affirmative duty to furnish a safe work environment. Part of this obligation is a requirement that employers provide appropriate safety training to employees in a language that they can understand. In fact, one of the first questions an OSHA incident investigator will ask an employer is “Did the employee receive adequate training to do the job?” While placing this training duty on the employer might seem like obvious policy, a little-known federal grant program provides millions of dollars every year to nonprofits in order to conduct essentially the same basic safety training that employers are already required to provide.

Established in 1978 and administered by OSHA, the Susan Harwood Training Grant Program provides funding to nonprofit organizations in order to conduct safety training. Originally called “New Directions,” it was re-named in 1997 after former OSHA Office of Risk Assessment director Susan Harwood. The program focuses especially on reaching small or new businesses, low-literacy or limited English proficiency workers, hard-to-reach workers, and those in high-hazard industries. The theory is that workers from these groups may not be adequately informed about managing the safety hazards they encounter in their jobs. In recent years Congress has allocated roughly $10.5 million annually to the program.

As part of the program, many grant recipients develop or adapt training materials, generally in the form of handouts, manuals, PowerPoint presentations, or similar products. These are available on OSHA’s website and cover broadly-applicable or basic industry/audience-specific safety instruction. Interestingly, despite having been developed using OSHA grant money, designed to convey information required by OSHA, and approved by OSHA prior to use, the Department of Labor explicitly disclaims any “legal liability or responsibility for the accuracy, completeness, or usefulness” of any information produced through the Harwood grant program. While no doubt prudent from a legal perspective, it begs the question whether taxpayer dollars are properly spent on training materials that the government simultaneously pays for, publishes, and disavows.

In its budget proposal for FY2020, just like in 2018 and 2019, the Department of Labor has proposed eliminating the Harwood grants entirely; a product of reasoning that appears to be twofold:

First, there are substantial questions surrounding the program’s actual effectiveness. According to its FY2019 budget justification, OSHA “has no evidence that the program is effective,” and elaborated for FY2020 that “[t]he Harwood grants measure performance in terms of the number of individuals trained, which is often quite low.” As the Heritage Foundation explains in its Blueprint for Balance federal budget recommendations for FY2020, measuring the program’s performance in this way “provides no information by which to determine whether trainees learned anything new to make workplaces safer.” Statistics available on OSHA’s website show that 443,579 workers have been “trained” through the Harwood program over the last five years (FY2014 through FY2018); a period of time that corresponds to a total budget of $52.7 million. This translates to a per-trainee cost of about $118. That’s a considerable taxpayer-subsidized tuition for training the government isn’t even sure works on topics the employer is already responsible for addressing.

The second reason for eliminating the program, from OSHA’s perspective, is that it would free up resources to be used to fund more effective programming. In the first place, the agency points out in its 2019 budget justification that there are a variety of other training resources that it provides, including “Alliances, Strategic Partnerships, On-site Consultation, and numerous targeted outreach events.” But perhaps more importantly, using the money saved from the Harwood grants would allow the agency to expand funding for enforcement, whistleblower investigations, and employer compliance assistance—all of which it proposed to increase in 2020. This would emphasize the responsibility and accountability of the employer to provide a safe workplace.

There is also a third argument—one OSHA does not make—for eliminating the Harwood grant program: some of the nonprofits who have historically been on the receiving end of the grant money are notably partisan groups. Prominent among these are labor unions and their affiliates. According to program grant data from USAspending.gov, the SEIU Education and Support Fund, an almost entirely government-funded 501(c)(3) affiliate of the Service Employees International Union, has received over $1.7 million from the program since FY2008. A 501(c)(3) affiliated with the United Automobile Workers took in nearly $2 million during that same period. Other unions or their 501(c)(3) affiliates that have been major Harwood grant recipients since 2008 include the United Food and Commercial Workers (over $1.6 million), the Steelworkers Charitable and Educational Organization (over $1.5 million), the American Federation of Teachers Educational Foundation (over $1.4 million), and the LIUNA Training & Education Fund (over $1.2 million). It’s fair to ask why labor unions like these, whose vast coffers have allowed each to be among the top organizational spenders on federal elections since 1990—almost universally in favor of Democrats—should receive taxpayer subsidies to provide basic safety training of questionable value.

Labor unions are not the only beneficiaries of Harwood grants, however. Public universities have taken in a large share of the funding over the years, as have a variety of trade associations. More controversial than these recipients, though, have been the grants made to a number of nonprofits that are notable for left-of-center political activism. Make the Road New York, a 501(c)(3) with close ties to New York City unions and Bill de Blasio’s mayoral administration, has received well over $800,000 since FY2008. The Workers Defense Project, a Texas-based nonprofit also aligned with the labor movement, tallied over $1 million. Both groups were among the signatories to a recent “Open Letter to America’s CEOs” urging those officers to blacklist over two dozen senior Trump Administration officials from any future employment or contractual relationship with their companies. CASA de Maryland, whose executive director recently called President Trump “a racist and xenophobic president who has installed alt right minions at every level of government,” has received over $1.3 million in Harwood grant money since FY2008. A program with a history of entrusting the training of some of the most vulnerable worker populations in the country to groups possessed of such open political vitriol is one that should be treated to particular scrutiny.

Despite the controversial nature of these and other grantees, the fundamental reason for eliminating the Harwood grant program is a realistic appraisal of the finite nature of the federal budget. To be sure, the program has doubtlessly improved the safety knowledge of some unknowable number of trainees over the years, but in an environment of exploding federal debt the question isn’t whether any given spending program might deliver a marginal benefit through its operation. Rather, the unsustainable fiscal policy of the federal government necessitates that programs be evaluated within a framework that presupposes a need to cut spending. Against this backdrop, it’s not difficult to see why the Harwood program—with its suspect efficacy and politically-tainted grantees—has been slated for elimination. And finally, doing so will help place responsibility for worker safety back where it belongs: on the employer itself.