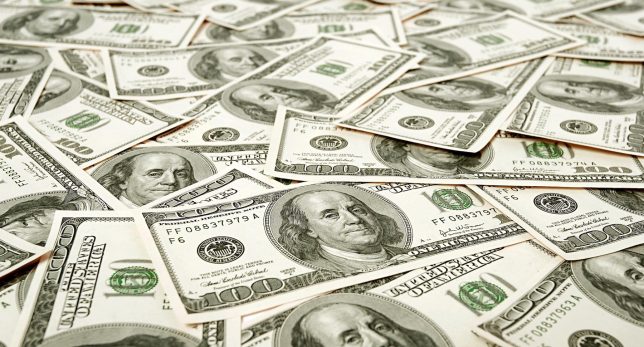 The latest alarmist assault on the $1.5 trillion tax overhaul passed in December, which House Minority Leader Nancy Pelosi, D-Calif., called “the worst bill in the history of the United States,” comes from the left-wing nonprofit world.

Liberal groups such as the National Council of Nonprofits claim that the plan will be “disastrous” for charities, resulting in $13 billion in lost revenues for nonprofits and over 220,000 lost jobs. Orvin Kimbraugh, president and CEO of the United Way of Greater St. Louis, bemoaned an impending drop in charitable donations under the plan in the New York Times. In his words: “This is about people’s lives.”

Yet, the apocalyptic study they cite comes from the left-leaning Tax Policy Center, which admits that by their own calculations the tax overhaul will cut rates for “80 percent of taxpayers” and “reduce taxes on average for all income groups in both 2018 and 2025.”

TPC’s conservative figures estimate the average tax cut to be about $1,600 per median income family of four. The tax plan’s supporters estimate closer to $2,000. And despite the Left’s argument that the Tax Cuts and Jobs Act is a “huge handout to the ultra-wealthy,” Manhattan Institute senior fellow Brian Riedl explains that the TPC’s own data suggests “the share of all federal taxes paid by wealthy will rise.”

The thrust of the Left’s argument is that allowing Americans to keep more of their money makes them stingier, and high taxes are needed to force Americans to take advantage of charitable tax write-offs.

It’s ironic that anyone in the nonprofit sector, which is built entirely on the generosity of individuals and corporations, can argue that higher taxes encourage charity – or that charity needs to be legislated.

This argument has no basis in economic reality, either. According to Giving USA, which tracks charitable donations, philanthropy has grown rapidly since it bottomed out during the Great Recession. Giving rose to a new high of $390 billion in 2017 largely thanks to individuals, whose giving increased nearly four percent in 2016. Giving USA also notes that donations grew substantially in 2014 and 2015 likely due to two factors: “The country’s overall economic environment continuing its path to recovery after recessionary times, and household finances seeming to stabilize.”

Above all, if the Left’s argument about tax incentives is true, we should see sharp declines in charitable donations after every tax cut in U.S. history. We don’t.

The Bush tax cuts tell the same story. Between 2001 and the 2008 market crash, individual giving grew by nearly 15 percent, one of the largest eras of growth in the history of American philanthropy.

The reason is simple: Prosperity and generosity are inextricably linked. Just ask the roughly one million workers who have received bonuses, pay hikes, or retirement increases thanks to the new tax plan.

If anything, the Left will benefit from increased charitable donations. In April, Charity Navigator, a nonprofit monitor, reported that donations to politically active left-wing groups – including the Southern Poverty Law Center, Planned Parenthood, and the Environmental Defense Fund – had risen by 500 to 8,000 percent. Imagine the increase this year, when Americans have more money to give.

Instead of crying foul, left-wing nonprofits should celebrate the 2017 tax cuts – and the increased donations to come.