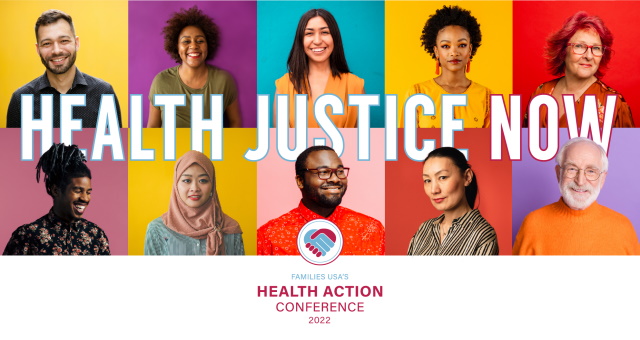 Later this month the lefty nonprofit Families USA Foundation will host its annual Health Action Conference. Families USA’s motto boasts that it is “The voice of healthcare consumers.”

The slogan should be “The voice of healthcare customers.”

A nit-picky distinction without a difference? In American health care, the chasm between customers and consumers is huge.

Consumers consume; customers pay for what is consumed. In a functional market, the same agent controls both. But we have offloaded most of our health care dollars to third-party payers: big government and a handful of health insurers so monstrous they imitate government.

Families USA exists to retain and reinforce this wall of separation. Big supporters of the Affordable Care Act (ACA), they have built a “Medicaid Expansion Team” to increase the number of people who must rely on government-controlled health care dollars. The rest of the ACA’s provisions were built to reinforce the control that big insurance companies have as customers (i.e.: those who control our health care dollars).

Providers of health care in third-party payment systems (and single-payer systems) ultimately answer to the customers. The customer may always be correct, but in most of American health care the customer isn’t the patient.

Doctors, nurses, and even hospital administrators are good (often heroic) individuals who may always try to treat every patient as both customer and consumer. But the third-party payment system incentivizes a divided loyalty. Most of us can recount a medical care or payment horror story that was caused by this dynamic.

Alternatively, when people are permitted to pay for what they consume (to act as both customer and consumer), they are usually price conscious—often ruthlessly so. Most of us will drive miles out of our way to shave a few cents off the price of each gallon of gasoline. A gas station that doesn’t promote its current prices on a sign that can be read from the distance of at least a football field wouldn’t survive.

Almost none of this occurs for blood labs, x-rays, MRIs, baby deliveries, joint replacements, and much else in basic medicine. Medical care prices are rarely posted inside medical facilities, let alone on giant signs outside.

Suppose some other entity (a third-party payer or a single-payer government program) assured you that it would fill two tanks of gasoline for you each week. You would logically gas up your ride where and when it was most convenient. You wouldn’t care about price, and neither would the gas stations.

Gasoline prices would spiral wildly upward, just as they do for our third-party payer health care system. An underreported yet dirty little secret learned from OECD data is that these hyperinflationary price spirals have occurred for decades in the single-payer and third-party payer health systems used by most other rich industrial nations. From 2000 to 2019, total current dollar price increases in the United Kingdom’s single-payer health system shot up 137.7 percent, compared to 141.4 percent in the United States and just 52 percent for overall inflation.

A wealthy nation that avoids this problem and unites the consumer with the customer is Singapore. A 2013 report from the Brookings Institution recounts that Singapore—now with one of the world’s finest and least expensive health care systems—started with the British single-payer model, but ditched it decades ago when the inevitable price distortions arose. Today, everyone in Singapore has meaningful control over how most of their medical services are paid for and what price they pay.

Strident Defender of the Status Quo

But such patient empowerment is anathema to Families USA. In 2018 the Trump administration removed regulations preventing Americans from purchasing low-cost, high-deductible insurance plans. These types of policies cover the worst medical costs and hospitalizations, but otherwise allow patients to retain more control over their money. Killing this prohibition provided patient empowerment at the expense of the third-party bureaucrats in big government and big insurance.

Families USA slammed these policies as “junk insurance” that would harm the Affordable Care Act. The supposed voice of the health care consumer vigorously opposed allowing consumers the mere choice of buying one of these policies.

Families USA is the strident voice of the health care customers and the status quo that is preventing patients from becoming the customers.

A comprehensive profile of Families USA is available at InfluenceWatch.