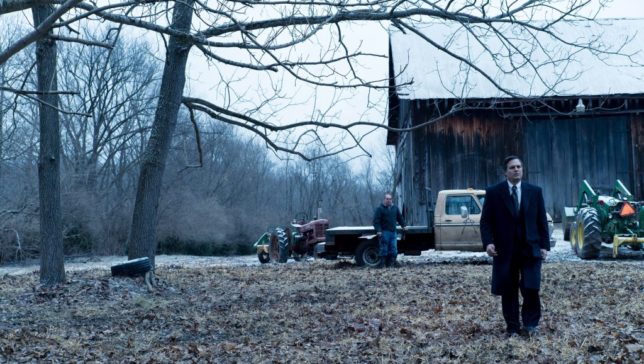 The movie Dark Waters is not dominating at the box office, and it has been largely ignored—some say snubbed—during the awards season. Left-leaning news outlets continue singing its praises, though, because Dark Waters, the story of a whistleblower taking on huge corporate entities, plays right into their fantasies of the common man speaking truth to power.

The Hype and the Exaggerations

Why the hype? It all comes down to politics. Dark Waters is Hollywood’s latest effort to scare moviegoers into voting against their own interests. The movie details how Billott faced down DuPont and Chemours for “pollut[ing] the environment” with what the film calls “forever chemicals,” owing to their long lifespan. The story is based on Billott’s 2016 class action lawsuit alleging that a DuPont chemical plant knowingly contaminated the drinking water near Parkersburg, West Virginia, with these “forever chemicals” affecting roughly 70,000 people in two states.

Ultimately, DuPont and Chemours settled with 3,500 plaintiffs for $670.7 million, though they admitted to no wrongdoing.

Of course, public health concerns should never be ignored. But the film’s agenda goes beyond seeking justice to tickling liberal audiences with caricatures of corporate greed in a tale of bogeymen bent on “nothing less than the poisoning of American life,” as Variety’s review puts it.

That’s quite the exaggeration. The idea that Big Business is out to poison you is utterly ridiculous, but it’s a core tenet of the Left’s war on everyday products. “Forever chemicals,” for instance, isn’t even a scientific term; it’s a political term coined by eco-activists whose job is to scare you.

But the movie’s anti-business propaganda shouldn’t come as a surprise given who was involved in the project. After all, Ruffalo is an ax-grinding environmentalist who claims that “we need to band together as a community right now and make sure the Green New Deal becomes a reality
. . . in order to save ourselves from climate change.”

Ironically, Ruffalo has also praised the architect of the $93 trillion Green New Deal, Rep. Alexandria Ocasio-Cortez (D-NY), for her critique of “flaws and loopholes in campaign finance.” The two eco-crusaders are particularly irked by “dark money,” the leftist phrase describing anonymous donations of any kind.

The Dark Money Behind the Movie

Since 2007, Passport and Forsythia have given significant grants to environmental lobbies, such as the Environmental Defense Fund and Natural Resources Defense Council (NRDC). These are groups best known for pushing global warming alarmism and blocking Americans’ access to cheap and abundant electricity. (And, yes, supporting left-wing projects such as Dark Waters.)

But these foundations’ real specialty is funneling vast amounts of hard-to-trace cash to an array of obscure fronts that lobby for countless new rules and regulations. These mysterious groups are determined to restrict the use of everyday products, from nonstick pans and dental floss to the fire-retardant chemicals in household fire extinguishers. The whole scheme is arranged to keep Americans in the dark about the funding sources and fool them into supporting the very laws and regulations that would leave them poorer and less safe—all in the name of consumer “safety.”

Apparently, “dark money” is acceptable if it serves the interests of Mark Ruffalo or AOC. Do as I say, not as I do.

Here’s a review of Dark Money: A whole lot of liberal hypocrisy, with a healthy dose of virtue signaling. Moviegoers, you’re better off watching The Irishman or Knives Out instead.