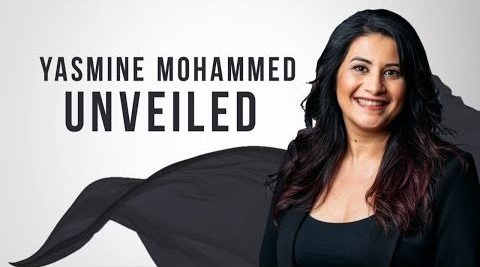 If you have any empathy at all, you will find Yasmine Mohammed’s Unveiled: How Western Liberals Empower Radical Islam one of the most emotionally powerful autobiographies you’ll ever read. In it, Yasmine recounts her tragic life story of being brutally beaten, forcibly married to a terrorist, and kept from the outside world—all justified by her abusive mother, stepfather, and husband via the doctrine of Islam. And this didn’t happen in Saudi Arabia; almost all of it occurred in secular-progressive Canada, where women are supposed to be men’s equals. 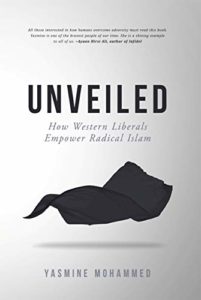 Most coverage of the book has focused on the horrifying physical abuse and that such radical Islam can be a phenomenon in the West, too. But another major thread in the book has undergone substantially less public discussion: the mental cage that kept Yasmine enslaved to her fundamentalist faith.

Many apologists for Islam have claimed “Muslims are the true feminists” or “Islam is a religion of peace,” and it is certainly possible to have Muslims who are feminists, and the vast majority of Muslims are peaceful people. Many verses in the Quran and Hadith support women and peace. But Yasmine’s story reveals that anyone pushing those narratives without acknowledging that much of Islamic doctrine does the opposite is either ignorant or dishonest.

Released in tandem with this article is a video produced by myself telling Yasmine’s story and citing the Quran and Hadith verses that justify her abuse.

So how can people still claim Islam is feminist or peaceful with so many stories like Yasmine’s?

Many commentators on the right have answered with accusations that Muslims pushing this narrative must be engaging in taqiyya (manipulative lies in aid of Islamic domination). That answer is implausible on its face and deeply damaging, as conversation with the Muslim community becomes impossible if one falsely believes any position they claim to have is intended to deceive you.

The plausible answer is more simple and human: cognitive dissonance. These Muslims have two perspectives competing in their minds: an appreciation for the secular values of modern society and an appreciation for a religion that has brought them spirituality, community, and other values. And they are trying to make the two competing perspectives fit.

To atheists like myself, while cognitive dissonance may not be preferable to Muslims dropping their religion entirely, the effort to make the perspectives fit is actually much preferable to the alternative of entirely disvaluing secular values in favor of religious doctrine. Sadly, that is the view of many individuals in fundamentalist faiths like Yasmine’s.

Merriam-Webster provides a number of definitions of “faith.” If faith is defined as belief with “strong conviction,” while the merit of that strong conviction may bear deep critique from atheists or believers of differing convictions, it need not entirely overrule using rationality in the fundamental design of one’s world view. In Christianity, for example, Thomas Aquinas represents the biggest attempt (successful or not) to merge rationality with religious faith. But if faith is defined instead as “a firm belief in something for which there is no proof” (emphasis added), then there is little room for rationality as a competing fundamental. Such faith is firm and inflexible and cannot be challenged or revised based on new evidence.

Many Muslims and Muslim thinkers may fall into the first category, but the English translation of “Islam” is literally “submission” or “surrender” to God’s will (implicitly, as it is revealed through the Prophet Mohammed in Islam’s core texts), making it a religion particularly prone to lead people to the second category. As Yasmine writes, “there’s no room for questioning or doubt. The Quran very clearly states: ‘This is the scripture whereof there is no doubt’ (2:2). So what would be the point of reading it with an open, critical mind if you cannot doubt a word of it anyway? That’s not even an option.” And the more harmful a religion’s doctrine, the more dangerous that way of thinking becomes.

Yasmine was raised to believe that whatever the Quran said must be followed without question, no matter how damaging to one’s life, because Allah said so and the consequence of not listening is eternal hellfire. As a child Yasmine was commanded to memorize surahs (chapters) from the Quran. As depicted in the video, her stepfather tied her up with rope and beat the soles of her feet with an orange plastic stick if she failed to correctly memorize them. But it wasn’t her stepfather’s physical violence that kept her in a religion that made her miserable well into adulthood. Yasmine was assured that the pain of her beatings would be nothing compared to “the fire of Hell” if she did not memorize. Yasmine wrote, “I was terrified of Allah, of the Day of Judgment, of burning in Hell—not things that occupy the mind of the average child, well, not the average non-Muslim child.” And the cycle is continued by Muslim parents being told their own souls are in jeopardy if they fail to make their children devout believers.

—Classed as saheeh by Shaykh al-Albaani in Saheeh al-Jaami, 5868

Yasmine’s true prison was her own faith. Why was she told she had to wear the hijab? “I was told of the Hadith where Prophet Mohammed claims he saw women hung by their hair in Hell with their brains boiling, because they did not cover their hair from men.” Why did she continue to listen to her abusive mother? “Islam teaches us that ‘Heaven is under the feet of your mother.’ If your mother does not approve, you won’t go to Heaven. That statement ruled my life. I was petrified of her revoking my chances of going to Heaven—of her condemning me to an eternity of torture.” That threat of Hell too led Yasmine to marry the abusive terrorist her equally abusive mother wanted.

If you have true inflexible faith that the Quran—or whatever your religious text—is the uncompromised and unambiguous word of God, that following it will lead to heaven and keep you from hell, and that it defines your purpose on this earth, then why should secular values ever sway your understanding of it? You may find them compatible from time to time, but if your framework when you read your doctrine is “’how can I follow this most closely” and not “how can this enhance my life on this earth,” no new knowledge can save you regardless of how much you might be suffering.

Although Yasmine would not finally free herself from the shackles of Islam until much later in her adulthood, her path began in high school when her best friend, Tiffany, asked her why she believed. Yasmine reacted, “she was the first person to tell me that there was an option to not believe. I had no idea that was even a thing.”

Personally, that line had a whopping emotional impact, as I have the exact same memory. I was raised in Modern Orthodox Judaism, and just like Yasmine my faith made me miserable (though it did not present nearly so abusively as hers), but I did not know there was even an option not to believe until my own “Tiffany” taught me what an atheist was. That single moment changed my life in an instant. It made me realize I had a choice; I could make myself happier.

Religious parents often don’t raise their children with questioning their faith as a virtue; they tell their children what their beliefs are and hope that actively not teaching the possibility of competing beliefs will lead their child to fully accept their own. More often than not this works, and children go on to follow the religion of their parents. But this strategy also runs a great risk. Unhappiness plus feeling manipulated into maintaining the source of one’s unhappiness equals your religion’s biggest enemies. Without this equation, Unveiled could never exist.

But for those in faiths with damaging doctrines for whom that strategy worked, there is perhaps an even sadder punishment. Yasmine recounts:

My sister, on the other hand, was a mindless drone. She did as she was told—even our brother’s laundry. She never questioned a thing, never fought back, never even mumbled any annoyance under her breath. She fully embraced the role of sheep. Whereas I found the constant barrage of very specific rules to be constricting, she found it all so comforting and reassuring. She appreciated not having to think. She liked following the clearly laid out path. To her, it made life simple and easy. Sure, it was soulless and devoid of happiness, love, passion, and curiosity, but that meant it was also devoid of sadness, disappointment, confusion, and frustration. She was eager to trade in all the ups if it meant she could avoid the downs. She just wanted her life to putter along quietly until her death. Her main objective was to avoid burning in a pit of fire for eternity. She was not enticed by Heaven; she was terrified of Hell.

Unlike Yasmine’s family, many religious people recognize that faith is a choice, meaning an acknowledgement that the evidence of the senses do not always comport with religious doctrine (unlike, for example, Young Earth Creationists), but that after a process of questioning their faith they see the utility in choosing to believe regardless.

None of what’s written here should be taken to mean that faith offers no utility to modern life, even if as an atheist my personal position would be that its disutility always outweighs its utility. Not all religions are equal, and faith in what matters. A study comparing the longevity of religious communities versus secular communities found that the religious communities lasted substantially longer, possibly demonstrating how religion helps encourage cooperation and group cohesion. Perhaps closer to home for more people of faith is that religion and spiritually “is related to better coping with stress and less depression, suicide, anxiety, and substance abuse.” Most happy religious people don’t need to read a study to know the value of their relationship with their god in helping them handle life’s challenges.

But as a fellow ex-person-of-faith, I believe Yasmine’s story should be taken as key evidence for the case that it matters that we look for utility in faith, disregard faiths where we can’t find it, and fight against those who use faith to justify ignoring what works for life on this earth. If “faith” is cause to stay in a religion that is harming your life, you can end up trapped by your own beliefs just like Yasmine. Or worse you might kill yourself and your children with Jim Jones, release sarin gas on a Tokyo subway, or fly a plane into the World Trade Center to martyr yourself in jihad for your 72 virgins.

In a book talk, Yasmine explained her purpose in writing Unveiled, an immensely brave endeavor considering the real threat that speaking out against Islam as an apostate can bring:

Tiffany is the one that lifted the veil from my eyes, she’s the one that pointed out the door to freedom. She’s the one who let me know that I was smarter than to believe such lies. Such lies that were not only dangerous to the planet but were dangerous to me and my psyche. She let me know that freedom was an option; that happiness was an option. I want to be Tiffany for as many people as I can.

May she succeed in freeing many more human beings. 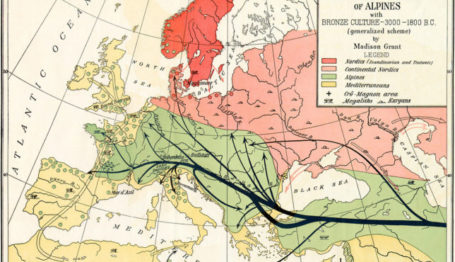