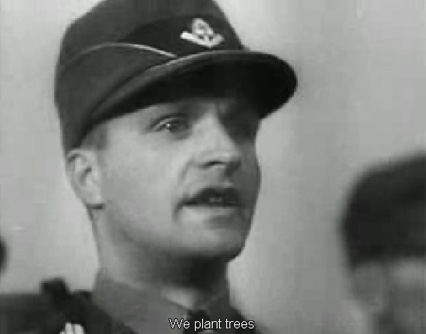 The whole idea of a National Day of Service on Sept. 11, whether voluntary or not and regardless of who is promoting the idea, ought to make advocates of limited government jittery.

I mean, aren’t taxes, by which the productive subsidize the nonproductive, enough? How much more service to the government is needed? Where does it end?

It reminds me of something that Michelle Obama, in her unintentional imitation of Evita Peron last year,  said.

Barack Obama will require you to work. He is going to demand that you…move out of your comfort zones. That you push yourselves to be better. And that you engage. Barack will never allow you to go back to your lives as usual, uninvolved, uninformed.

It turns out the First Lady might have meant it. 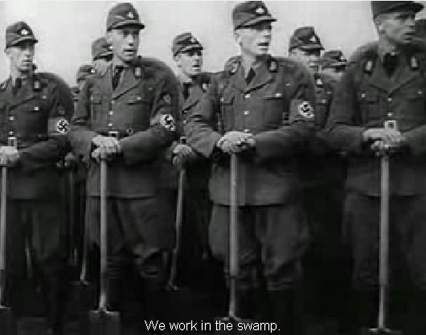 Throughout this post are some screen grabs from the Leni Riefenstahl film that are worth pondering as we’re urged to plant community gardens and organize welfare recipients on Sept. 11.

I know this blog post will be misrepresented by liberals (and maybe a few conservatives) so for the record, I don’t think President Obama is intent on turning America into Nazi Germany but he is clearly an advocate of virtually unlimited government. The concept of national service as a duty generally does not gain a foothold in free countries nowadays. Note how many countries in socialist Europe require military service.

President Obama has definite Fascist (i.e. corporatist) tendencies in his economic policies, though, as did President Bush in the closing months of his presidency when he got nervous about his legacy and took leave of his senses. (Of course, I am assuming the circumstances made President Bush a corporatist. Perhaps he was one all along.)

Apparently, as a commenter at the American Spectator website just noted, President Bush also urged Americans to do community service. The linked Bush administration press release doesn’t, however, say to do it on Sept. 11 specifically and, unlike the Obama administration, doesn’t seem to put the power (for lack of a better word) of 9/11 to work promoting a particular political party or ideology. Nor does it try to suck all the meaning out of 9/11. 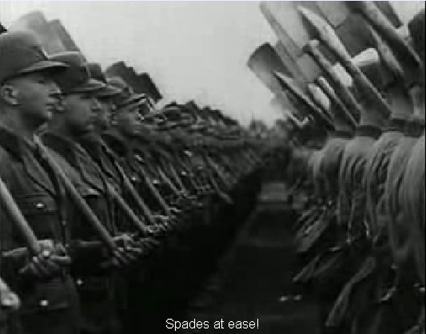 So, to the commenter I can only reply: Nice try. A National Day of Service (which isn’t actually referenced in the Bush document) is a creepy idea no matter who is advancing it.

We do not exist to serve the state. Politicians of both parties nowadays, though especially the Democrats, don’t seem to understand this.