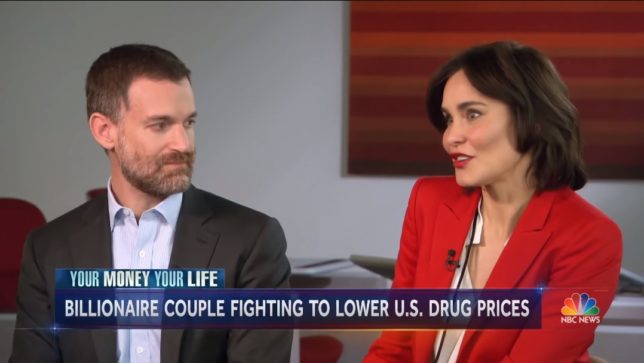 New documents reveal that a number of conservative environmentalist and pro-carbon tax groups are heavily funded by liberal mega-donor John and Laura Arnold, much of it through Arnold Ventures, the San Francisco couple’s “dark money” funder. Because Arnold Ventures is set up as an LLC, it isn’t required to disclose its donors and does not file Form 990 reports with the IRS. Other grants were distributed through a combination of the Arnold Foundation, the couple’s primary grantmaking nonprofit, and their donor-advised fund (DAF).

Since 2017, the Arnolds have promised a stunning $23.2 million to environmental groups, most of which support disastrous carbon taxes—taxes on all carbon dioxide emitted by certain manufacturers and so-called “polluters”—or even more radical global warming policies. Many of these groups are part of the eco-Right, self-identified conservatives who support the Left’s agenda on global warming and are largely funded by leftist sources.

The Niskanen Center, a libertarian-turned-leftist advocacy group, has received at least $1.6 million from the Arnolds. Niskanen has lobbied for multiple failed carbon tax bills, including legislation sponsored by former Rep. Carlos Curbelo (R-FL). In 2018, the group filed a lawsuit accusing ExxonMobil and Suncor of causing $100 million in climate damages in parts of Colorado. Niskanen is closely aligned with many left-wing environmentalist groups and NeverTrump activists and has received funding from George Soros’s Open Society Foundations and the Hewlett Foundation, among others.

The Arnolds have funneled close to $4.3 million to the Climate Leadership Council (CLC) since 2017. CLC is a top lobbyist for a carbon tax and dividend scheme under its Baker-Shultz Plan, which would heavily tax CO2 emitters with the goal of reducing U.S. emissions and use the revenues to pay off Americans when their electricity bills inevitably skyrocket. CLC is backed by a handful of Big Oil and Gas companies that opposed President Trump’s withdrawal of the U.S. from the 2015 Paris Climate Agreement and applauded President Biden’s return to the treaty in January 2021.

ClearPath, an eco-Right group founded in 2015 by conservative businessman Jay Faison, has received $3 million from the Arnolds since 2019. ClearPath supports global warming–friendly Republicans as well as federal funding of renewables and research into lithium batteries and carbon capture technologies.

Citizens for Responsible Energy Solutions (CRES), an eco-Right group that lobbies Republicans to support global warming policies, has received at least $50,000 from the Arnolds. CRES supports U.S. involvement in the Paris Climate Agreement and has spent heavily to support Republicans friendly to global warming legislation. The group has received substantial funding from Tides Advocacy, the 501(c)(4) arm of the leftist Tides Foundation.

Citizens Climate Lobby (CCL) and its 501(c)(3) arm, Citizens Climate Education Corporation, have received $2.65 million from the Arnolds since 2017. CCL is nominally bipartisan and supports both Republicans and Democrats seeking to pass a carbon tax. In reality, its employees overwhelmingly supported Democrats in past elections, and CCL founder Marshall Saunders is closely aligned with climate activist and former Vice President Al Gore.

The Arnolds have also granted millions of dollars to left-wing environmental groups since 2019, including:

For the complete list of grants, see InfluenceWatch’s profile on the Arnold Foundation and Arnold Ventures.